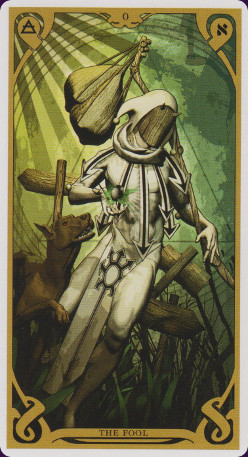 The Night Sun Tarot has created a symbolic shadow language through a synthesis of diverse cultures, tarot systems and correspondences. The geometric artwork on the 78 cards is an interesting blend of the primitive and the futuristic. 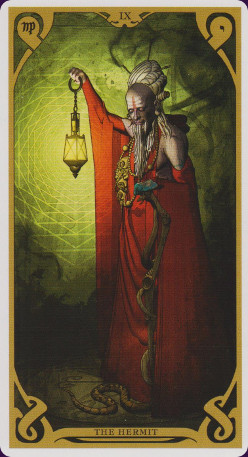 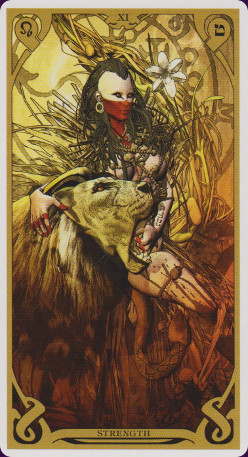 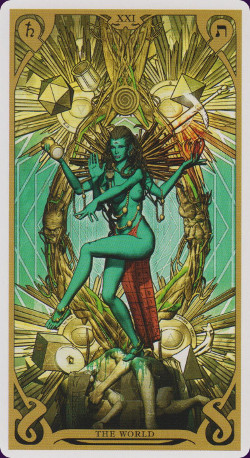 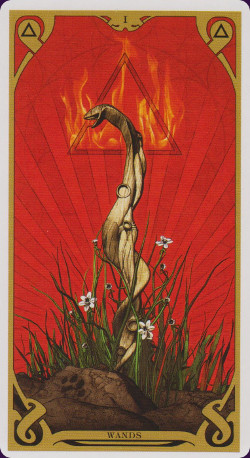 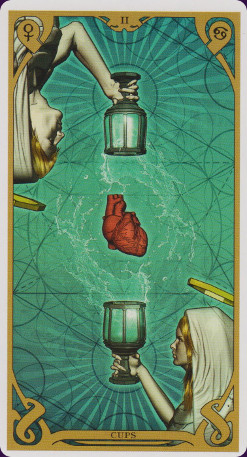 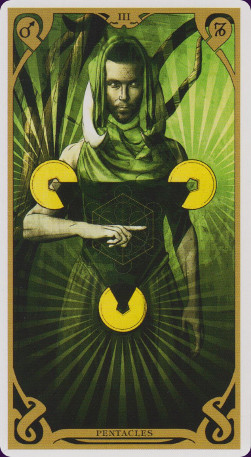 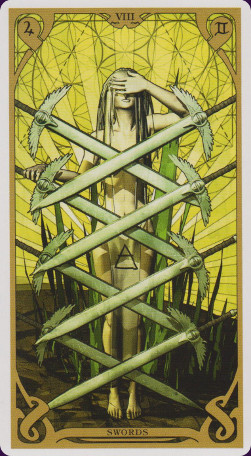 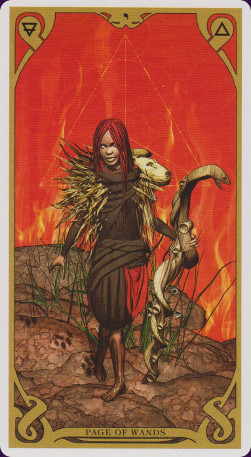 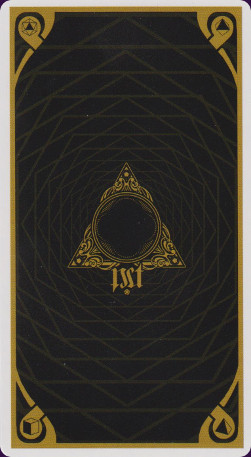 The Night Sun Tarot is a powerful new deck from Lo Scarabeo. Fusing the Thelemic teachings of Aleister Crowley with Rider Waite Smith imagery, and Golden Dawn as well as Eastern mysticism has resulted in an exceptionally potent and dynamic tarot deck. The Night Sun Tarot is not gimmicky, based on a cute concept, or showcasing an artist's body of work, this is an uncompromising deck that is intended to function at the highest level. This is the perfect amalgam of magickal teachings.

The artwork of the Night Sun Tarot is modern, energetic, reminiscent of graphic novel illustration techniques (think Sandman), with great attention to detail, and colours that are vivid and clear. As you would expect from such compelling influences some of the images in this deck are quite confronting – Baphomet makes and not unexpected appearance as The Devil, and Death is depicted as a (very) naked pregnant woman, amongst others. Nudity partial or otherwise is not infrequent so if you are inclined towards modesty this deck may not be for you.

Artist Fabio Listrani has taken a two pronged approach to imagery – one approach is through symbols of both eastern and western origin. The second is holistic, where continuity and evolution of symbols speaks to the arcarnum/arcarnae as a whole entity with each card part of a continuum, in dialogue (with other cards).

Characters that appear in the Major Arcana reappear in the Minor Arcana – there is a Christ-like figure with a crown of thorns, a sadhu-type with a mala, a modern-tribal woman, and a round faced child with piercing eyes (reminiscent of Crowley) who all make several appearances throughout the deck. The suits too each have their own cast of characters.

The symbols in these cards are so abundant that it is virtually impossible to detail all of them in a short review. if ever there was a tarot deck deserving of, indeed in dire need of a guidebook the Night Sun Tarot is it. Every aspect of these cards is intensely symbolic and referencing magickal knowledge, none of which is explained in any detail in the Little White Book (LWB).

The Major Arcana follows the Rider-Waite-Smith ordering not Crowley's Thoth format. The Minor Arcana suits are Wands, Pentacles, Swords, and Cups; the ordering of the Court cards follows Crowley's format of Page, Queen, King, and Knight. Each of Minor Arcana card has a planetary ruler indicated on the top left corner and zodiac designation indicated on the top right corner. Numbers are given in roman numerals centre top. The Major Arcana have an element, planet, or zodiac sign in the top left corner, and a Cabalistic designation on the top right corner. Their titles are give in small tight font at the bottom of the card.

The Court cards have their title at the bottom of the card and an element symbol in the top corners. Additionally the suits are easily distinguished by colour, Wands being predominantly yellow, Pentacles – greens and browns, Swords – shades of red, and Cups an aquatic blue.

The Night Sun Tarot measures 65 x 120 mm, this makes it slightly narrower than many tarot decks and very easy to handle. it is made of high quality card stock that is flexible and exceptionally well finished. The front is smooth and very glossy, the back low sheen and slightly textured which makes this deck very easy to shuffle. The cards have a narrow white border around each image and a tan Art Nouveau-style frame around each picture. The design on the back, a circle within a triangle with the Night Sun Tarot ambigram beneath it, is not reversible.

The 63 page Little White Book comes with instructions in five languages – English, Italian, Spanish, French, German. The meanings given for the Major Arcana are close to standard interpretations given for the Rider Waite Smith deck, and a question or meditation is included for each card. On the other hand the Minor Arcana have been assigned fairly simple versions of Crowley’s divinatory meanings. One layout, the Trident of Shiva, is included – it is a standard five card spread; past, present, future, advantage, disadvantage. However this deck could be used for virtually any layout or spread. The packaging is a shiny black cardboard box; it has beautiful presentation with card images and ambigrams aplenty. The cardboard however is relatively flimsy and won't stand up to heavy-handed treatment.

This is a rich and complex deck that is not suitable for beginners; but seasoned readers of the Rider-Waite-Smith and the Thoth deck will find the Night Sun Tarot easily mastered and rewarding to use. Not for the faint of heart the Night Sun Tarot has layers of esoteric and magkical knowledge worked through every card which makes it an ideal deck for an advanced reader. Absolutely magickal!