Oracle of the Dreamtime 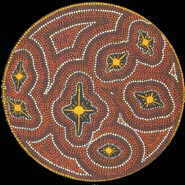 The Oracle of the Dreamtime is not only an oracle but a collection of contemporary Australian Aboriginal art. It's a very well-researched deck and the artwork and symbology is based on authentic Aboriginal Dreamings.


Card Images from the Oracle of the Dreamtime 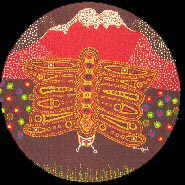 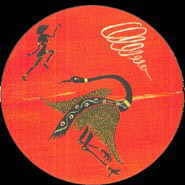 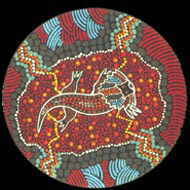 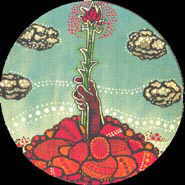 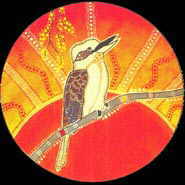 Oracle of the Dreamtime Review by Stephanie Lynch

These cards were gifted to me. The night I got them a group of us drew from the deck and passed the book around to read the meanings of the cards we had drawn. They are not like some oracular devices where nearly anything you read can be applied to you. These really struck at the heart of each and every person there.

These are definitely not Tarot and don't pretend to be like some other oracle decks. Each card is a link to some image or animal from the Australian Aboriginal mythology. The artwork is indicative of this as well. The color scheme is very dramatic in tans, browns, reds, blacks and whites as well as some blues and greens. Each image is drawn in the aboriginal style which is to say it is very stylized. The images appeal to me because I've long had an interest in this particular art style.

The cards are round, but there is a dot at the 12 o'clock position so you can easily identify which way your tilt is going. I am not fond of round cards and will simply put them right again. But these cards have interpretations that deal with the tilt so it is worth it to dig into their meanings.

While I have done readings for others with this deack, I find it to be more useful personally as a meditation tool. The meanings given in the book strip away sentimentality and are fairly hard hitting. Some will find this offputting, I'm sure. I crave it so I do enjoy this deck. With only 45 cards in this deck, it was a joy to see that the author did not try to fit this system into the 78 cards of the Tarot.

I particularly enjoyed that each card has a story attached to it. Reading the story does enrich the readings done with these cards as there is always a lesson in the tale. Typical of any teaching tale, you come away with both positive and negative. One such story is the tale of the Southern Cross -- card number 7. In it we are told that "the Great Spirit provided them with plenty of bush tucker and living water". The three original humans are told not to eat meat. Of course two of them break that and one doesn't. The one that doesn't is carried off to be a part of the Southern Cross. So this card is about Death and Rebirth.

For me, the lesson here is that those who broke the law were allowed to stay and live in the harsh realms of the Australian outback but the one who obeyed, died and became a constellation. I'm still not sure who got the better part of that deal!

I do recommend this deck to anyone who is interested in Australian Aboriginal culture or in oracle decks. Do not get this if you want another Tarot deck. You will not be happy. If you enjoy intriguing decks that will lead you on an intimate personal journey, then I can easily recommend this deck for you. I also must say that you will need the book unless you are an expert in Australian Aboriginal myth. The book is an awkward size that is more in line with trade publications than a paperback, but you have 176 pages of good information including indices with useful correspondences.


Oracle of the Dreamtime Review by Petrina

As a person keenly interested in Australian Aboriginal ethnology, I can give a glowing review to this particular deck. The artists who contributed their work (and there are several) are all of Aboriginal or part-Aboriginal ancestry. This fact alone says volumes: the Aboriginal peoples do not take their spirituality lightly. The author of The Oracle of the Dreamtime, herself a teacher of Aboriginal culture in New South Wales, addresses Aboriginal cultural heritage and spirituality with profound understanding and respect. You can also be assured that the "legends" recounted in the text-guide are also authentic retellings of particular Dreamings, those past-present-future living histories of the land.

The words "Dreamings" and "Dreamtime" are feeble translations into English of a deep, conceptual unity with the surrounding world, words which fail to convey the sense of ecology which is so uniquely Aboriginal, itself a key point in the symbolism of the Oracle. I would therefore suggest that any person wishing to become proficient with this deck initially make an in-depth study of the First Australians. Fundamental understanding of a spirituality very different from any other in either Eastern of Western culture is critical to proper use of the cards.

A characteristic of these cards which I find particularly edifying lies in their circular shape. Although shuffling them at first seems awkward, the reader will soon be rewarded with greater coloration in any given reading. The slightest change in orientation provides pinpoint accuracy as one card impinges on the indications of another. The suggested layouts are also uniquely Australian, and here again a working knowledge of Aboriginal social structure is beneficial.

If nothing else, these cards will direct you to a broader personal world-view as you research the Earth's oldest culture! Perhaps therein lies your Destiny?


Complete Details of Oracle of the Dreamtime


Similar Decks to Oracle of the Dreamtime

Home > Decks > Oracle of the Dreamtime