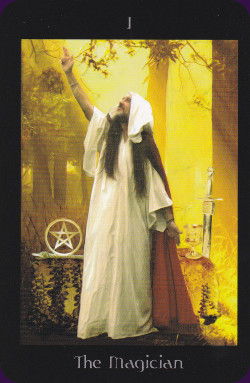 The Pagan Ways Tarot is a 78-card tarot created around the Pagan worldview, spirituality, symbols and deities. Its images are photographically based, featuring real people on themed backgrounds. The deck is from Anna Franklin, a Pagan priestess who also created the earlier Sacred Circle Tarot. 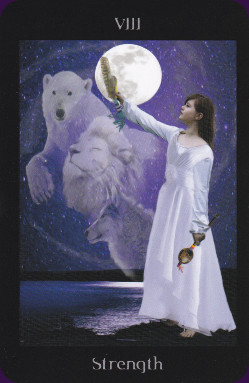 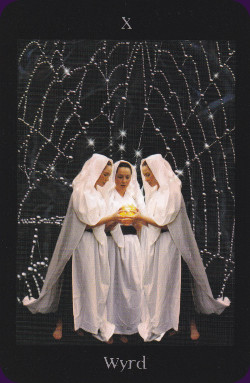 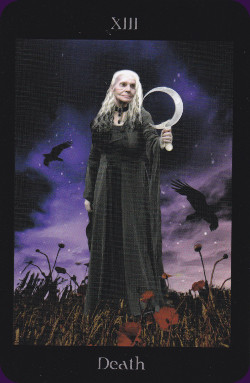 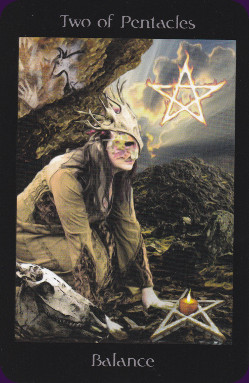 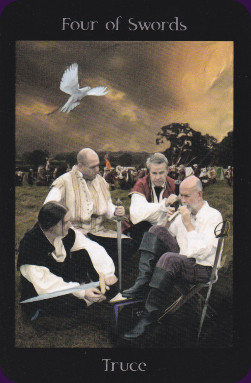 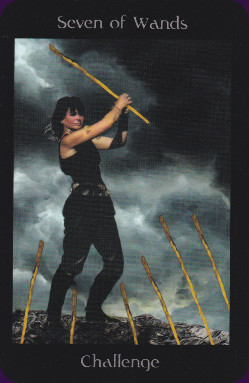 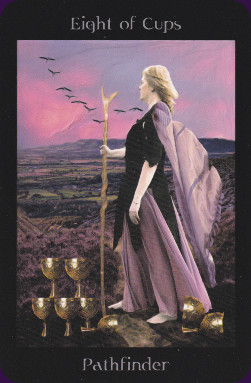 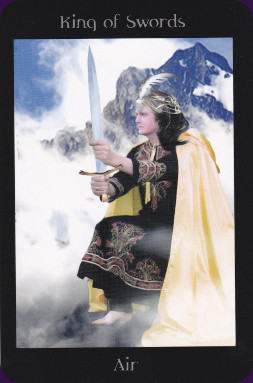 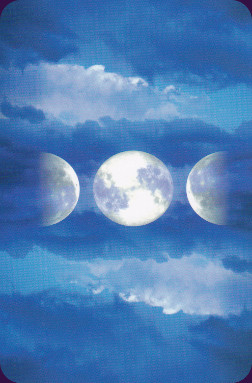 Pagan and Wiccan tarot decks are trending at the moment and Schiffer Publishing have thrown their hat into the ring with the Pagan Ways Tarot. This is a nostalgic deck featuring images of an idealised era where pagans lived in harmony with nature.

One way or another most of the images reference Pamela Colman Smith's classic tarot illustrations - familiar scenes, people, and detail are abundant throughout the deck. This deck is a little bit revolutionary in that it noticeably shows quite a few middle-aged people (conspicuously absent from many decks) in a broad variety of roles previously assigned to the young and glossy.

This is a 78 card tarot deck with 22 Major Arcana and 56 Minor Arcana. In the Major Arcana two cards have been renamed: The Wheel of Fortune is now titled Wyrd, and Judgement is Rebirth. The Minor Arcana consists of four suits – Pentacles, Cups, Wands, and Swords. Each suit has 10 number cards and 4 Court cards – Princess, Knight, Queen, King. Each card has both a number or title, and a keyword that summarises the essence of the upright card.

This deck measures 86 x 130 mm – a little larger than many standard decks, but not so big that it is difficult to handle. The card quality is very good – high gloss finish, smooth and flexible without being flimsy. The cards shuffle well without being slippery or too slick. The quality of the print is good – clean and clear with bright colours, and crisply defined edges. There is no blurring, or bleeding colours.

The artist's palette is entirely naturalistic, and a little sombre – deep earthy browns, rich greens, oceanic blues, and the reds and golds that come from the sun and fire. The art itself appears to be digitally enhanced photographs – there is the occasional tell-tale smudging and the peculiar smoothness that is fairly typical of digitally altered images.

As with all Schiffer tarot decks the packaging is outstanding. The cards are accompanied by a large guidebook, and comes packaged in a lovely box set. The box itself is solid cardboard made to withstand the rigours of life, and printed with glossy images taken from the deck within. The lid is held shut with magnetic clasps; and there are ribbon hinges to stop the lid flopping open, and a loop to lift the top. The cards are housed snugly inside the box with the guidebook on top.

The guidebook is 190 pages with full-colour illustrations. There Is 12 Pages of ‘Introduction’ to both the concepts that help to develop the deck, as well as the broader ideas that feed into this deck. Each card has its own 2 page 'chapter’ which includes 'The Journey '– a description of the action and/or forces motivating this card. There is both upright and reversed meanings given, and these go into detail and depth. While the interpretations are fairly standard they are also helpful in suggesting possible ways to apply them to one's daily life.

The 'Appendix' is a guide to the plentiful symbols found in the Pagan Ways Tarot. There is a lengthy guide to using the tarot for divination – 4 layouts are included – The Zodiac Spread, Planetary Spread, Romany Spread, and the Celtic Cross. There is some additional information on using the tarot to further spiritual practices, and for enhancing one's meditations.

This deck has quite broad appeal. It is not specifically Wiccan but will have great appeal to many Wiccans, as well as the Pagan community at large. Many more experienced pagans who have found themselves disappointed with the youthful and glossy ’Teen Witch’ approach to pagan tarots may find it refreshing to see themselves well represented in a variety of roles.