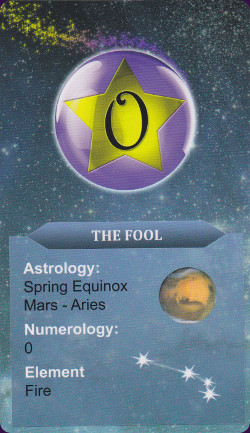 Pick Your Numbers! is an unconventional 81-card tarot deck that is designed to help your luck in games of chance that require certain numbers to win (think lotteries, racing or sports scores).


Card Images from the Pick Your Numbers! 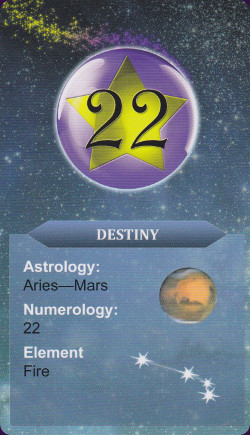 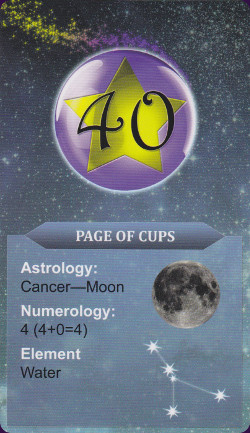 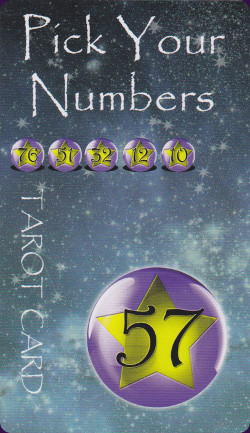 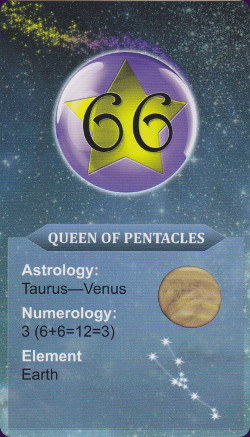 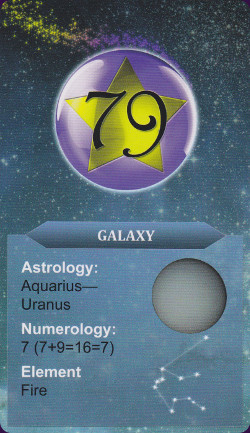 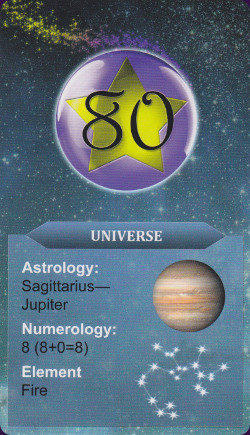 Pick Your Numbers! Review by medusawink

Want to improve your chances of winning the lotto, or pick a winner at the racetrack? Ever wondered how to optimise the Law of Attraction to draw abundance using your lucky numbers? Or, for that matter, puzzled over what your lucky numbers actually are? Using tarot, astrology, and numerology the Pick Your Numbers box set will answer all your questions.

Pick Your Numbers has been specifically created to optimise your luck in games of chance. The box set contains an 81-card tarot deck, and 5 purple six-sided dice, and provides detailed information for using them.

The tarot deck is not conventional by any stretch of the imagination. It is not illustrated in the usual fashion – each card has a number (from 0 to 80) and title, but that is where any similarity to standard tarot decks ends. This deck is printed with information such as astrological, numerological, and elemental correspondences. They also feature a diagram (star map) of a relevant constellation, and a small image of the planet which rules the card.

The deck has the familiar tarot structure of Major and Minor Arcana, and follows A. E. Waite’s titles and ordering, but includes three additional cards. Card number 22 is titled Destiny and is numerologically significant, representing the querent’s karmic links with occult and mystical issues. The Galaxy card parallels The Wheel of Fortune, and the Universe card parallels The World and are best described as 'same but different’ in that they are intended to be more emphatic about the divinatory outcome. The Minor Arcana consists of four suits, Wands, Cups, Swords, and Pentacles; each consisting of 4 Court cards and 10 number cards.

The cards of measure 70 x 120 mm which makes them a fairly standard sized tarot deck. The card stock is very good – light yet sturdy, and flexible without being flimsy. They have a high gloss finish and are smooth in texture – this makes them very easy to handle and shuffle. The print quality is good, with the images being crisp and clear, and the colours being consistent throughout the deck.

The artwork is largely computer-generated images and graphics. The central illustration on each card is a large purple disc or globe with a yellow star front and centre, featuring the card’s number in plain black script. Below this is the card’s tarot title in white, above an information box giving the astrological correspondence, the numerological designation, and the card’s elemental correlation. Beside the print information is a small colour illustration of the planet associated with the card, and below that a small star map in white. All this information is printed on a background image of a galaxy of stars.

The image on the back of the cards is a little uninspiring, featuring the words ‘Pick Your Numbers’ at the top, and 'Tarot Card’ along the left-hand side. Five small purple discs with the numbers 76, 51, 32, 12, 10 are placed directly beneath the title and a large purple disc with the number 57 features prominently in the lower right-hand corner. Naturally this image is not reversible.

This box set features Schiffer Publications excellent presentation. The cards, dice, and guidebook come packaged in a solid cardboard box with a lift up lid which is held shut with hidden magnetic clasps. A loop of ribbon is provided to help you pull the top back, and ribbon hinges keep it from flopping wide open. The cards and dice sit in a well of purple cardboard, with the guidebook placed on top of them. The box features images of the card deck and guidebook as well as a description of the purpose of the set. Highlights and titles are spot laminated. While it is not exactly compact, this box-set could easily be dropped into a backpack or tote bag without taking up too much room, and will definitely protect its contents from any damage.

The Pick Your Numbers guidebook by Carla Smith-Willard comes in at 168 pages of fascinating information. The Preface details the genesis of this box set and the Introduction outlines its potential applications. This is followed by a short introduction to the tarot and an explanation of its uses in picking lucky numbers.

Chapter 1, The Astrological Signs and Their Significance moves through the zodiac with each sign being given a description of its character, various alignments such as symbol, gender, element, ruling planet, lucky day, lucky numbers, and colour. The most and least compatible partners for each sign is also discussed. Chapter 2 – Numerology – shows you how to obtain your mystic numbers such as your birth name number, birth path number, birth time number, birth city number, and goes on to describe the meanings of each of the numbers from 0 to 9, as well as numbers 11, 22, 33, and 44. Chapter 3, The Four Elements, discusses the qualities embodied by the elements and also gives astrological and tarot alignments.

Chapter 4, Pick Your Numbers, gets into the nitty-gritty of choosing your lucky numbers. Here various methods are outlined for picking numbers for different lotto games such as Keno and Power Numbers. There is also a method for divining lucky numbers for horse and dog racing. Chapter 5, The Cards, looks at the tarot starting with the Major Arcana. Each card is given a divinatory meaning for both upright and reversed cards, an astrological meaning, a numerological meaning, and an elemental association. The minor Arcana cards are given upright and reversed divinatory meanings, and a numerological meaning as well. The final chapter looks at tarot spreads, and five divination spreads are included here – a three, four, and five card draw, the Celtic Cross, and the Tree of Life layout. You can also connect with the Pick Your Numbers website and access other methods and applications of this unique system.

The Pick Your Numbers box set is well thought out and easy to use. If you are looking to access a little more abundance in your life, or even a lot more, then why not give this system a go? This is a unique and original concept, and a lot of fun.


Complete Details of Pick Your Numbers!


Similar Decks to Pick Your Numbers!