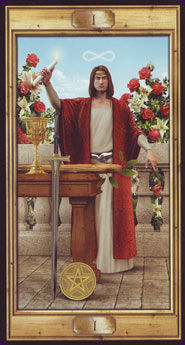 The Pictorial Key Tarot is a modernisation of the Rider-Waite Tarot images, very similar in symbolism to the original but not quite a clone. Created in a computer-generated style, the 78 cards are detailed and reasonably lifelike, but have a slightly perfect, plastic look. 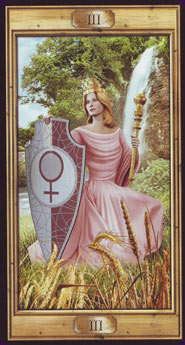 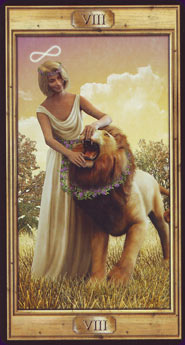 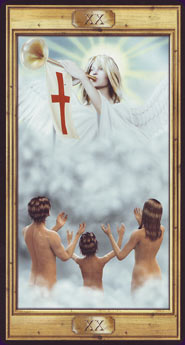 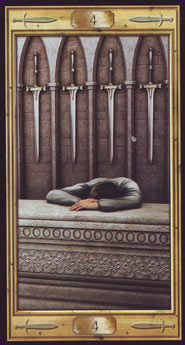 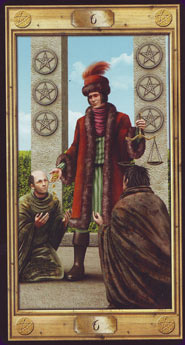 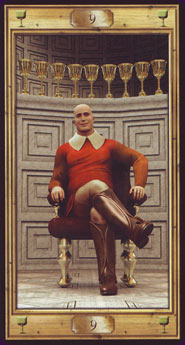 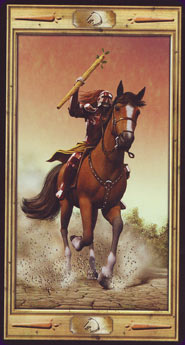 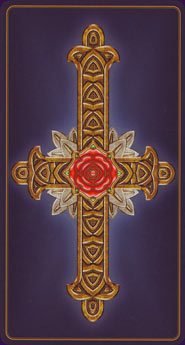 When I first saw this deck I thought 'oh no, another computer generated set!'. The artwork made me think of the Shrek movies! I'm a bit of a tarot purist I suppose, and prefer historical and traditional decks to the influx of art decks that are everywhere now, (that's not to say I don't like them by the way) BUT this deck really does have something special about it.

Obviously it's based on the famous Rider-Waite deck, and its pictorial rather than pip which is great for beginners. The art work is so incredibly 3D it compels you to stare into it, and the flat 2D Coleman Smith drawings suddenly spring to a new 21st century life.

Only a few changes have been made from the original. For example the 4 of Swords in the Rider-Waite deck shows a knight in armour lying flat on a tomb, and this new image is of someone kneeling beside the tomb with their arms resting on it. The images aren't trying to re-work the traditional symbology - it's just bringing the instantly recognisable characters bang up to date. You feel as though you're walking around a mediaeval film set and taking photographs as the cameras are rolling. It's bizarre..!

If you like to meditate/pathwork with the Tarot, then you really should give these cards a go. I think you will re-discover the original subliminal messages of A. E. Waite and Pamela Coleman Smith. The majors and the four suits remain the same and the earth, air, fire, water attributions to each suit remain the same too. No switching the elements of wands and swords. The personalities of the Court Cards show themselves to you so if you've found these cards particularly difficult to get to know then try this deck. The Majors are mesmeric. My favourites are The High Priestess, The Hermit, Death, The Moon & The Sun. There's also a great book that uses this deck and all its cards throughout called An Introduction to TAROT by Cassandra Bee.

You could use this deck if you're a well seasoned reader or a complete beginner and get animated exact results, which I have done. A very good working deck and worth the inexpensive price to keep for reference in your collection. These will grow on you in an instant!