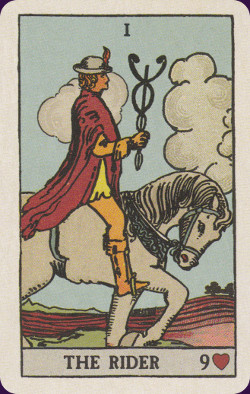 Pixie's Astounding Lenormand is an homage to the art of Pamela Colman-Smith, who created the illustrations for the Rider-Waite-Smith Tarot. The 36 cards in this Lenormand deck are a pastiche of scenes and details from both the tarot deck and her other works. 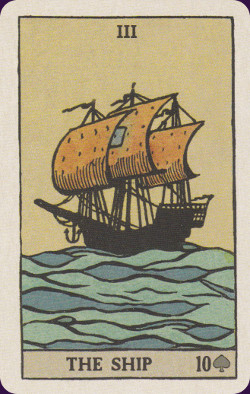 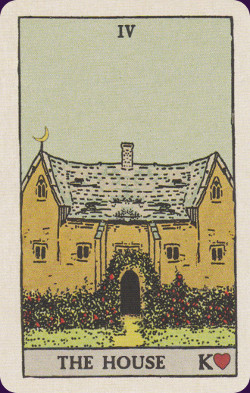 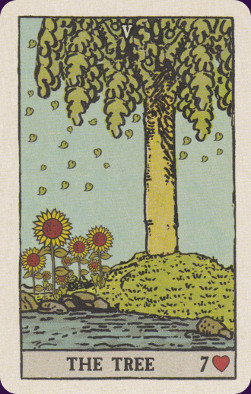 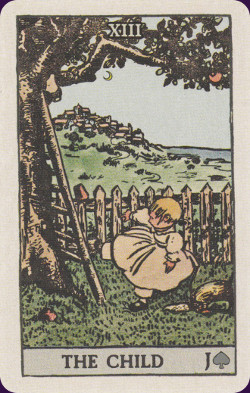 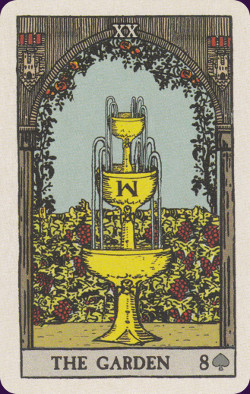 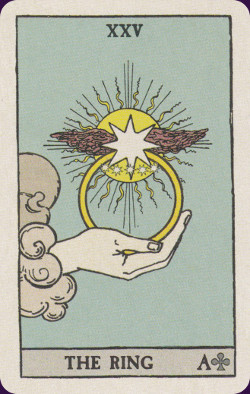 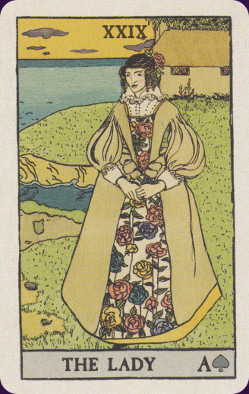 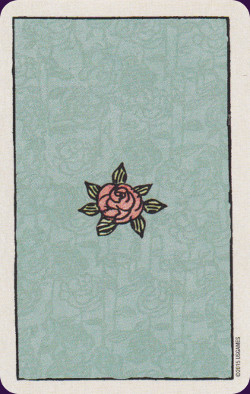 Pamela Coleman Smith affectionately known as Pixie is without doubt the most influential illustrator of tarot decks. Ever. Her idiosyncratic illustrations of the Minor Arcana in the Rider-Waite-Smith deck (as it is now commonly referred to) single-handedly revolutionised the tarot, and ushered in the age of the fully illustrated 78 card deck. Sadly Pixie did not live to see the flowering of her work into the world's most recognisable and popular tarot deck. Nor did she profit from it, dying in abject poverty in 1951.

During her lifetime Pixie did not illustrate any other divination decks beside the Rider-Waite-Smith; Lenormand was not, at the time, particularly popular nor was it (or is it) considered to be the repository of esoteric, occult, and magical knowledge that tarot is. Currently interest in Lenormand and other non-tarot divination decks is on the rise. Edmond Zebrowski has taken elements from the Rider-Waite-smith deck as well as other illustrations by Pamela Coleman Smith and fused them into a charming Lenormand deck.

Pixie's Astounding Lenormand is a standard 36 card deck with no extras. It comes packaged in a small metal tin, with liftoff lid, painted with scenes from the deck, roses, and publisher information. The deck is accompanied by a small 129 page guidebook. Being a product of U.S. Games Systems the quality of the cards is virtually guaranteed. The cards are quite small, 57 x 89mm, as befitting traditional Lenormand decks, and very easy to handle. The card stock is excellent – firm and quite flexible, but not flimsy. The finish is low sheen and smooth with out being slippery – the cards do not stick together or clump, but have an easy flow when shuffled.

The print quality is excellent – the images are clearly defined with crisp, clean lines and true colours. The palette is a direct reflection of PCS’s original colour scheme which is restrained and elegant – pale blues and greens, powdery teal, buttery yellow, sandy tan, burgundy, blood red, and faded slate predominate.

The illustrations themselves are faithful reproductions of Pamela Coleman Smith’s lovely, old-fashioned images... Edmond Zebrowski has taken many of the minor players and mis-en-scene from the RWS deck and re-focused our attention on them by placing them as central images. Not only has the artist successfully pastiched or collaged elements of Pixie’s illustrations but the tiniest details such as her chiaroscuro techniques have been retained. The print on the back of the deck, a single rose on a blue background, is not reversible.

The guidebook although small is full of information that is helpful to both the novice and experienced user. The Introduction explains the origins of the deck, as well as a few tips on how to read the cards. Each card is given 8 points of information:

Card Energy – whether the card is positive, negative, or neutral.
Keywords – fundamental descriptors of the card’s characteristics.
Full Meaning – a detailed explanation of the card’s divinatory meaning.
Love – an interpretation for a 'Love 'reading.
Career – and interpretation for a 'Career 'reading.
Characteristics/Qualities – how a card may describe a person in a reading.
Timing – when something will occur.
Image Origins – explains the sources of the images, how they were adapted from PCS's original works.

Lenormand decks, in general, don't lend themselves to progressive reinterpretation, but rather have an impressive tradition of maintaining their divinatory meanings unmodified. It is up to the skill of the interpreter to elicit subtleties from the deck. Therefore it will come as no surprise that this deck too retains standard interpretations.

If you are a fan of Pamela Coleman Smith or the Rider Waite Smith deck then this Lenormand is a must have. It is a beautiful deck for both novice and adept alike… And would be especially helpful for a novice Lenormand user who has experience reading the RWS tarot. This is a fabulous homage to Pamela Coleman Smith and an absolutely delightful Lenormand deck.