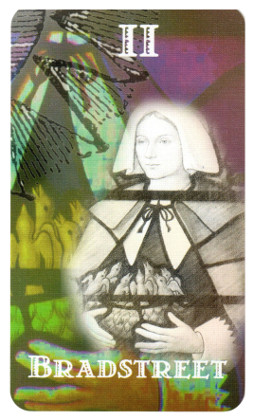 The Poet Tarot is a 70-card deck created by and for poets, writers and artists. It features 30 well-known poets on its major arcana and court cards, and has themed minor arcana suits of Quills (Wands), Muses (Cups), Mentors (Swords), and Letterpresses (Pentacles). Published and available now after a successful Kickstarter campaign.


Card Images from the Poet Tarot 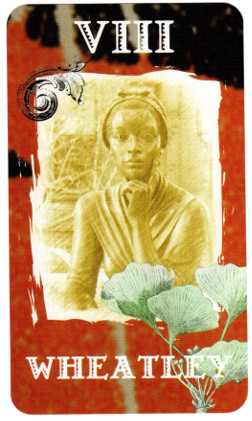 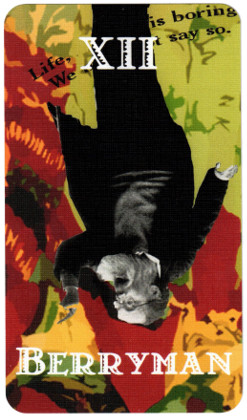 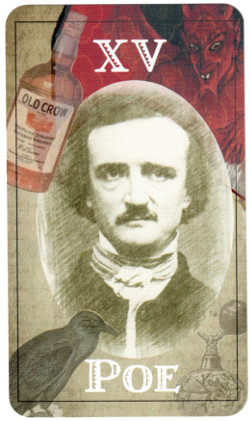 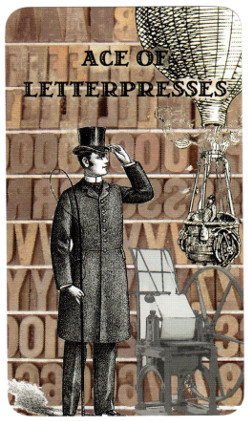 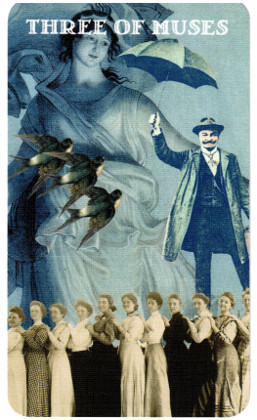 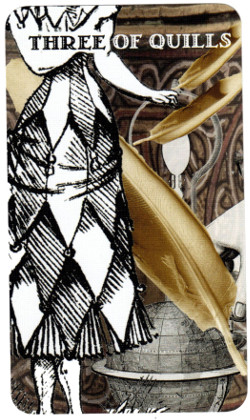 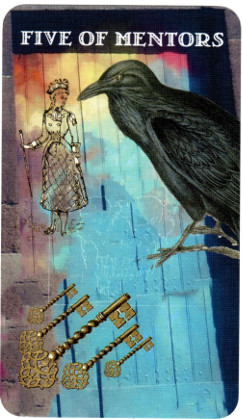 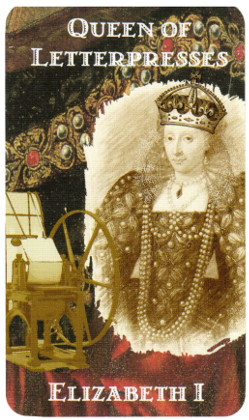 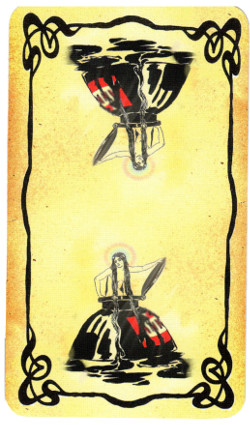 The Poet Tarot published by Two Sylvias Press has just made its debut at the 2014 AWP Conference in Seattle. It was created by Kelli Russell Agodon, who is herself a writer, editor, and poet, and Annette Spaulding-Convy, also a poet. There may be some debate as to whether the Poet Tarot is a tarot deck or whether it is an oracle deck, but either way, it’s a must-have for any poet or writer and strong recommended for any tarot professionals who frequently read for poets and writers.

Though it is referred to as a tarot deck, I tend to see it more as an oracle deck. First, it has only 70 cards, not the traditional 78. The creators of the Poet Tarot decided to omit the Pages/Knaves and Knights/Princes. Instead, each suit in the Minors contains only 2 court cards, a Queen and a King, and they each correspond with a poet, much like the Poets (i.e., Majors) section. The court cards pretty much become an extension of the Majors and based on the guidebook, seem to be interpreted in much the same style as the Poets/Majors section. Also, it should be noted that the average tarot practitioner without a master’s degree in English Literature will have to rely heavily on the accompanying Guidebook for divination. In that sense, the divination method becomes bibliomancy, not cartomancy exactly.

The deck dimensions are about 2.75 x 4.75 inches, which for me is the perfect size to shuffle with. They’re very snug in the hands. The guidebook is 5 x 8 inches and while having different size deck and guidebook would not bother me ordinarily, I can’t imagine using the Poet Tarot deck without the guidebook, and so for that, if both were the same size, I could put both in the same pretty cedar box and keep them together on my writing desk, no problem. Due to the specific nature and purpose of this deck, it would just make more sense to have the guidebook be the same size as the cards, with the intention that the two will always accompany one another.

The art of the deck is in a digital collage form that blends Victorian art and imagery with poet busts in a wholly contemporary style. It’s really breathtaking to look through and has a natural appeal to most 21st century writer sensibilities. They’re borderless like many contemporary decks today, and the borderless design suits the deck well. Once you hold this deck, you’ll know that every aspect of it was designed for the writer in mind. I just want this deck (and its guidebook) in an ornate wood box in the corner of my writing desk next to Strunk & White.

The cards are subdivided into the Poets (Major Arcana) and the Suits. The Suits are Quills, Muses, Mentors, and Letterpresses, corresponding with Wands, Cups, Swords, and Pentacles respectively. The four suits represent the four stages of the creative writing process: Quills for creation, Muses for inspiration, Mentors for revision, and Letterpresses for completion. I really love the thoughtful way Agodon and Spaulding-Convy have designed the Poet Tarot deck.

There’s something Marseille about the deck, though not exactly. For example, the Three of Quills is about creative expansion through travel, so it would seem to follow the western numerological attributions of the number 3, plus taking into account the dignity (i.e., elemental correspondence) of the suit. Recall that Quills here is all about the creation and writing process.

Now, had we tried to impose a Rider-Waite tradition of interpretation onto the Three of Quills (i.e., Three of Wands), it doesn’t quite work as well as applying the Marseille system. Yet of course there is still some overlap with the Rider-Waite. The Eight of Quills according to the Poet Tarot guidebook is about focusing on one project at a time rather than work in a scattered fashion on too many, and never finishing any. (Great advice, by the way.) It does resonate with the Rider-Waite tradition.

The guidebook for the Poet Tarot contains more information than most little white books (LWBs). At the end there is a section on how to use the cards, including daily and weekly card draws to use in conjunction with the progress of a creative project. I really like the idea here and leaving the card(s) drawn out somewhere prominent while you write to inspire and motivate you. The cards can also be used with a writing group or workshop, and that instruction was fascinating to me. I never thought of using tarot that way. Then there are several simple spreads to work with.

While the 22 keys of the Major Arcana in the Poet Tarot are certainly inspired by the 22 keys in the traditional tarot deck, the Poet Tarot’s Majors do take on a life of their own and have become their own unique divination system. As such, even without prior knowledge of tarot traditions, the deck can be used as a muse for prompting creative writing. One method suggested in the Guidebook is to draw cards from the Minors and let the symbols and imagery of the cards inspire a detail in the creative work in question. I have found that method to work effectively and the imagery on the Poet Tarot do help retrieve information from the subconscious or subterranean planes of the mind. Poets and writers would do well to have this deck on their writing desks and tarot professionals who frequently read for poets, writers, and artists of all walks should definitely have this deck handy.