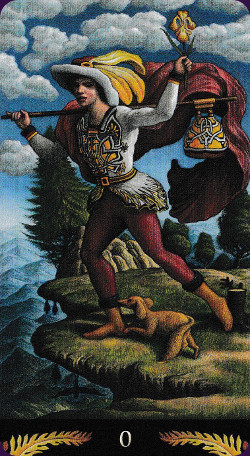 The Pre-Raphaelite Tarot takes its inspiration from Pre-Raphaelite masterpieces, such as Ophelia, Lady of Shalott and many others, and interprets through the lens of the Rider-Waite Tarot. The result is a lush, beautiful set for beginner or advanced readers.


Card Images from the Pre-Raphaelite Tarot 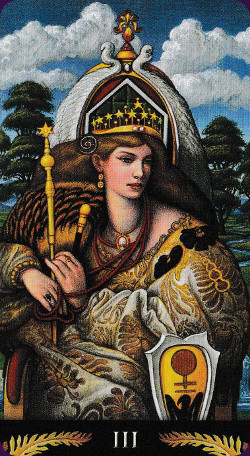 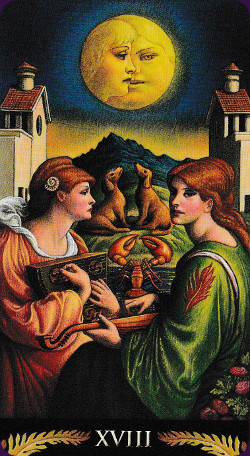 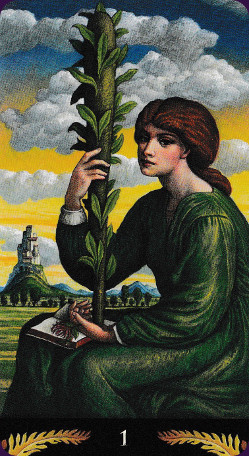 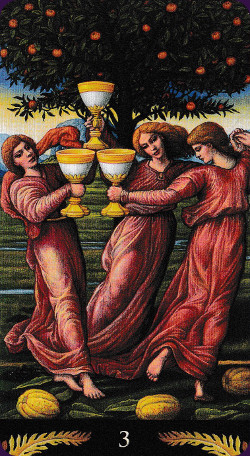 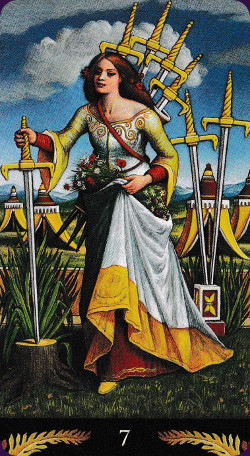 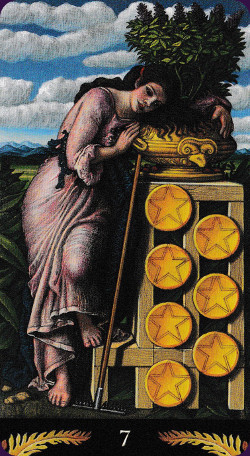 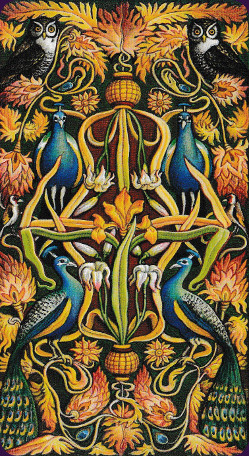 The Pre-Raphaelite Brotherhood (PRB) was a Victorian-era collective of artists who founded the PRB in 1848 with the intention of reforming British art. Originally painters, the group later expanded to include book illustrators, designers, poets, stained-glass artists, embroiderers, and artists models. Common themes among the PRB artists included medievalism, romanticism, nature, women of various character, and spiritual experiences. Their art is readily identifiable by their subject matter as well as common elements such as rich colouring, attention to detail, complex compositions, and occasionally, controversial subject matter. Pre-Raphaelite art is rich with symbols, symbolism and metaphor - making it fertile ground for a tarot deck.

The Pre-Raphaelite Tarot (PRT) is a lush, gorgeous deck that takes its images in whole and in part from Pre-Raphaelite masterpieces and interprets them through the lens of the Waite-Smith classic tarot. Tarot decks based on the artworks of a movement or even an individual artist have varying degrees of success - often trying to shoehorn a meaning into an image that doesn’t truly express it. This is not the case with the PRT - it preserves the sense of mysticism that pervaded Pre-Raphaelite artworks - the images are heavy with a sense of something otherworldly happening. Familiar pre-Raphaelite figures, especially the sensual and powerful muses that inspired so many of the PRB artworks, find a new life enacting familiar RWS scenes.

Although many of the artworks are direct copies of the original paintings, they bear the distinct artistic hallmark and style of their (re)creator Guiliano Costa (who also illustrated the Mystical Tarot). The colours are a touch more vibrant than those in the original paintings, and the faces have a modern cast to them. There is also a slight texture (brushstrokes?) to the images, which is not present in the originals. The consistency of colours across the illustrations gives a sense of unity to the deck, and helps create the charming self-contained world in which the (tarot) action takes place.

This is a traditional Waite-Smith styled deck of 78 fully illustrated cards. The Major Arcana has 22 cards and follows A. E. Waite’s choice of titles (given only in the LWB), and order. The Minor Arcana has 56 cards divided into 4 suits - Chalices, Wands, Swords, and Pentacles. Each suit has 10 number cards and 4 Court cards - Knave, Knight, Queen, and King. The cards of this deck bear no titles; the Major Arcana cards are identified by Roman numerals, and the Minor Arcana by Arabic numbers. The Court cards can be identified by symbols - a masculine crown, a feminine crown, a horse head (knight), and a helmet (knave).

The cards measure 65 x 118 mm - which is a fairly average sized deck from Lo Scarabeo – not much wider but an inch or two longer than playing cards. The card stock is light and flexible, yet sturdy. They have a smooth, satiny finish which makes them easy to shuffle and prevents cards from sticking together. The cards have rounded corners, and are well cut thus preventing dogeared corners, chipping and peeling along the edges. They also have a pleasant weight to them, making them sit comfortably in one’s hands. The print quality is excellent - the fine lines and bold colours are reproduced without any blurryness or bleeding colours, nor are there any misprints.

The artist's palette is bold, reproducing and sometimes exaggerating the lush, rich colours favoured by the Pre-Raphaelite Brotherhood. The deck is dominated by brilliant blues, verdant greens, strong reds, and fiery golds which give a jewel-like luminosity to the deck as a whole. There are no borders to these images, simply a black strip at the base of the cards, decorated with gold leaves, and the card’s number given in grey-white. The design on the back is a mirror image, however it is not reversible. It features golden leaves and flowers intertwined with owls, peacocks, and other small birds - it is complex and rather busy.

The cards come packaged in a light weight, close-fitting glossy cardboard box. It is printed with images from the Pre-Raphaelite Tarot, as well as the publisher’s information. The box is extremely flimsy and intended only to provided a commercial packaging - it will likely sustain damage from constant handling or being in a bag or backpack.

The 64 page Little White Book (LW B) contains information in English, Italian, Spanish, French, and Portuguese. There is a preamble linking Pre-Raphaelite art with the tarot, this is followed by an abbreviated history of the Pre-Raphaelite Brotherhood and the Muses who inspired them. The ideals of the Pre-Raphaelites are outlined, and information is given about their interest in spirituality and magic. Both the Major and Minor Arcana are given equal space when it comes to both description, and divinatory meanings. Each card is given a brief description which outlines the essence of the card, this is followed by a handful of keywords and divinatory meanings for upright cards only. There is no description of the action taking place in the images or any explanation of the symbols included in the artwork. To a certain extent it is presumed that the reader has at least a passing knowledge of the Waite-Smith Tarot. These interpretations are in line with widely accepted divinatory meanings. A simple five card layout for Reading Your near Future is also included.

This is a beautiful, potent, and mysterious tarot, with undercurrents of innocence and decadence, purity and passion. If you are a fan of Giuliano Costa's art then you will want to add this deck to your collection, likewise if you are a fan of Pre-Raphaelite art. The lack of titles and the uncluttered presentation will make this deck extremely appealing to professional readers, and the expert blending of Pre-Raphaelite style and RWS imagery also make it a suitable deck for those who are beginner tarot readers.