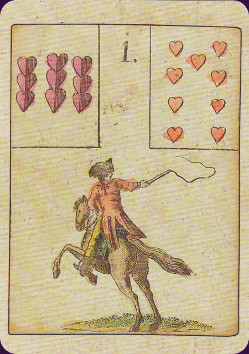 The Primal Lenormand (also known as the Ur-Lenormand or the Lenormand Original) is a 36-card reproduction of the one of the earliest known Lenormand decks. It was originally conceived as a card game, The Game of Hope.


Card Images from the Primal Lenormand 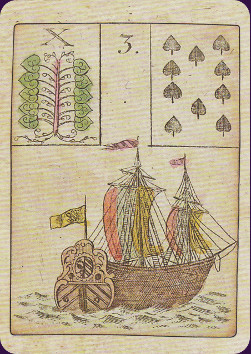 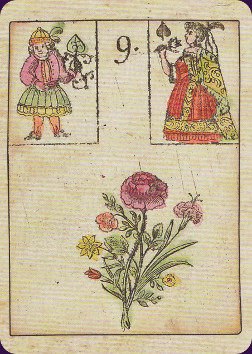 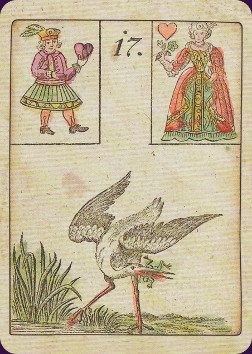 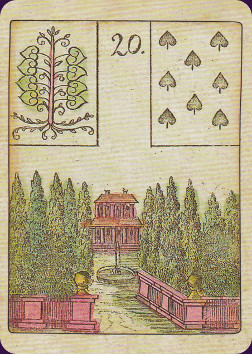 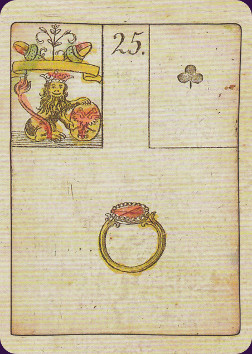 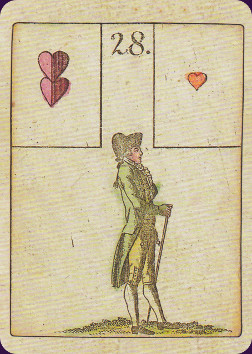 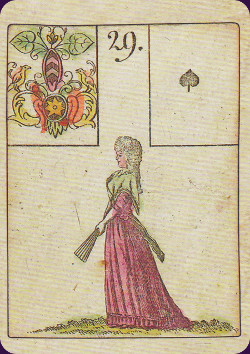 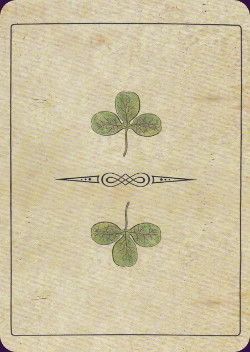 The Primal Lenormand is a reproduction of one of the earliest complete Lenormand decks, courtesy of the British Museum.

Originally conceived as a game – The Game of Hope – which is somewhat reminiscent of a Monopoly-and-Snakes-and-Ladders hybrid, played with dice, and with the added attraction of a cash jackpot. Eventually the game fell from favour and faded from memory. Some 50 years after its initial appearance the deck resurfaced, this time as fortune telling cards.

This is a deck of 36 cards measuring 80 x 110 mm – a little broader than most contemporary Lenormand cards. The card stock is excellent – solid yet a little flexible, with a smooth, low sheen finish. These cards are easy to handle and shuffle evenly. The print quality is excellent, with all the age marks, smudges, and quirks of the original deck clearly reproduced.

The original artwork was most likely done on carved wooden printing blocks (as was the original RWS deck), with the basic image in black on white, and colours overlaid afterwards. The palette is limited to half a dozen colours – red, pink, yellow, green, brown, blue. The artwork would have been current at the time of publication (1799) – and to our modern eyes both historically interesting and somewhat sparse.

The cards have a narrow border which may not have been part of the original image, but is innocuous, bland, and does not detract from this historical reproduction. The print on the back of the cards also appears to be a modern fabrication – 2 clover leaves (copied from the Clover card) with an endless knot between them. Again, it is in keeping with the authentic, historical feel of this facsimile deck.

The cards come packaged in a solid cardboard box, with a linen finish. The box is printed with information in German, French, and English, and a small reproduction of the Rider card is centre front. This is a solid and classy little box that will slip easily into any bag, or backpack.

The guidebook is 59 pages with instructions in German, French, and English. It contains a potted history of the cards. A translation of the original instructions for the Game of Life is included – and it is a thoroughly playable game. In this day of high tension digital games it seems a rathe quaint and staid. However if you are interested in connecting with the origins of the Lenormand deck I would urge you to give it a try.

Also included in the guidebook are some modern divinatory meanings – though this is only an extremely short guide; as well as some rather nebulous, and brief instructions for reading the cards. No layouts are given.

Anyone who has a deep interest in Lenormand cards will find this deck fascinating, as will anyone with an interest in the history of fortune-telling cards. This Primal Lenormand has a special charm all of its own, and as a divination deck they function with the same precision and goodwill as any present day deck.