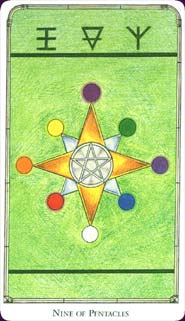 The Pythagorean Tarot is a complex and deep set of tarot cards, based on ancient Greek paganism, alchemy and Pythagorean numerology. Don't be put off by the symbolic complexity; the companion book is long and very thorough.


Card Images from the Pythagorean Tarot 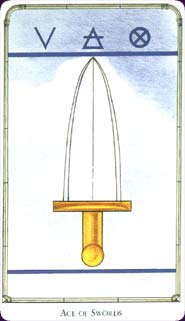 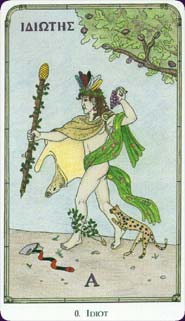 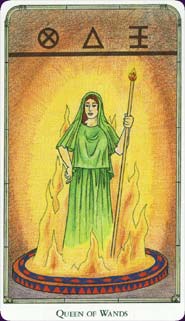 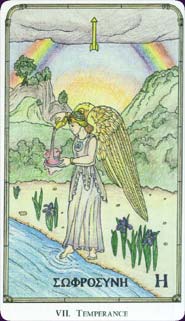 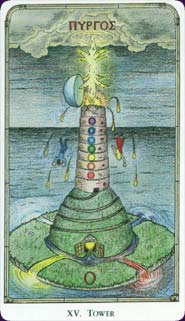 Available on the Internet for about five years, the Pythagorean Tarot has been published and in now available in the non-virtual world. Llewellyn has released the 78 card deck, along with a veritable tome to accompany and explain the deeper esoteric meanings behind the cards. The Guide to the Pythagorean Tarot is more than 450 pages in length, making it probably the thickest book I ever have seen packaged with tarot cards. It delves deeply into Greek and Roman mythology and the ancient Greek mysteries.

Pythagorus was an ancient Greek mathematician, famous to most high school students for creating the theorem for right angle triangles. What is lesser known is that he was also a magician and philosopher and his ideas are part of the basis of Western magical and occult thinking.

The Pythagorean Tarot, therefore, brings together Pythagorean numerology and the Tarot to create a 'unique system of divination and transformation'.It draws on a pre-Christian framework in the form of ancient Greek Paganism, making a tarot deck that appeals to contemporary Pagans by removing medieval Christian religious symbolism common to many tarot decks.

The art is drawn in coloured pencil and are deceptively simple. The majors are pictorial tarot scenes with the Greek name of the card and its associated letter of the Greek alphabet inset somewhere into the picture. The minors appear quite plain, being pip cards that vary only in the numbers of elemental items and the unique arrangement of the alchemical symbols at the top of the cards. Court cards are ancient Greek deities, which although untitled on the actual card, are recognisable from their accoutrements. For example, Hermes is the Page of Swords, Demeter as the Queen of Pentacles, Poseidon as the King of Cups.

Titles of the cards are in English. Some majors have been reordered and renamed - Fool to the Idiot, Hermit to the Old Man, Chariot to Victory, World to the Cosmos - but the suits are standard Cups, Swords, Wands and Pentacles.

The companion book, Guide to the Pythagorean Tarot is weighty with Pythagorean numerology, Qabbalah, Jungian psychology and Greek mythology. The book looks daunting but explains itself clearly, exploring and analysing each card, particularly the major arcana, in great detail. (The section explaining the World card symbolism is twenty six pages long. Others, like Temperance, are merely twelve pages long.) Individual minors receive only a page of analysis, but Opsopaus also discusses the group suit, number and court card symbolism. The back of the book supplies rituals and some complex spreads for tarot divination.

Few decks have such research and background information of the Pythagorean Tarot. It is not a deck for casual inspection and quick easy readings, but ideal for those with some tarot knowledge who prefer deep meaning to pretty pictures. It is not just a set of tarot cards, but a whole philosophic system.

The Pythagorean Tarot is an attempt to show what a Tarot deck designed by the ancient Greek philosopher, Pythagoras, would have looked like, and therefore, contains a lot of Pythagorean teachings. Despite this, however, no previous knowledge of Pythagorean philosophy is needed to use the deck and gain unique insights from it. This deck comes with a 480-page book which can not only be described as useful, but as academic and very well-researched. The book explains to the reader who Pythagoras was, and gives a very good introduction to both Pythagorean philosophy, its offshoots and recent revivals.

The deck itself is not the most vivid of decks, but the artwork is easy on the eye, simple, and warming. There are many cards that are not usually very appealing or easy to interpret in most Tarot decks, such as the Tower, but the Pythagorean Tarot overcomes this problem and seems to make even the most confusing of cards simple. Each Major Arcana card is crammed full of symbolism, and every symbol is explained thoroughly in the book, often using Greek philosophers and writers such as Virgil, Plato, Philolaus, and Empedocles to give more background to the card and its symbols.

The Minor Arcana cards, however, do not have scenes on them, but are not quite 'pips' as such. They are illustrated with the number of tools (Swords, wands, cups, and pentacles) that the card is representing, but the way the tools are laid out in the card has a deeper meaning. Although this is an ingenious way of bringing meaning to each Minor Arcana, it is very difficult for a beginner to read with. Another point that could confuse beginners is the different ordering of the Major Arcana. This ordering does not follow the universally accepted order of the trumps, but instead is ordered according to Pythagorean numerology.

Opsopaus also rejects the Qabalah from the Major Arcana, claiming there is another, and better, reason why there are 22 trumps: the Greek lettering and numbering system. Opsopaus has researched this well, and backs up the claim, leaving it up to the reader to decide if his claim is worth accepting or not.

The court cards are a definite up-side to this deck: Greek Gods and Goddesses are used to represent each court card, which, if you know a bit about these deities, makes it so much easier to read the court cards. This deck is aimed at Hellenistic Pagans, which is why the Opsopaus assumes prior knowledge of the Greek deities.

Overall, this deck is beautiful. It is a treasure for any Tarot collection because of its unique insights and take on the Tarot. However, for somebody looking to buy their first Tarot deck, the Pythagorean Tarot would probably be a bad choice.