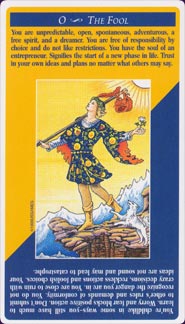 The Quick and Easy Tarot attempts to simplify the use of Tarot cards. It has very large orange and blue borders with printed upright and reversed card meanings, around illustrations from the Universal Waite Tarot.


Card Images from the Quick and Easy Tarot 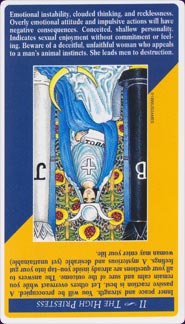 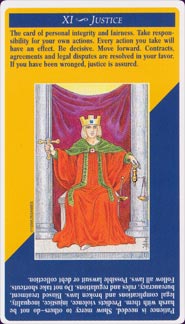 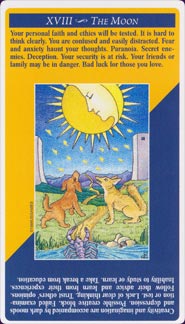 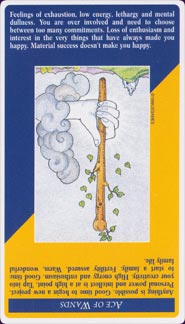 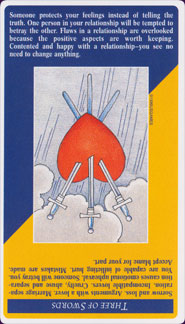 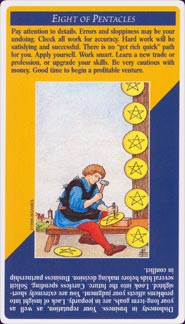 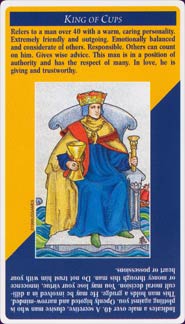 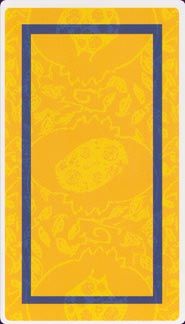 In the early days of my tarot studies, while making a conscious effort to memorize the general meanings of each card, I was easily enticed by the Quick & Easy Tarot because the upright and reverse meaning are printed on each card. Unfortunately, I did not connect well with the deck and was compelled to put it aside. I did not revisit it until the opportunity to prepare this review presented itself.

As I began the study of this deck, I sought more information about the creators, Ellen Lytle (text) and Mary Hanson Roberts (recoloring). Unfortunately, there is little information available about Ellen Lytle and her work. The images are of the traditional Rider-Waite-Smith deck, and have been recolored by Mary Hanson-Roberts, who is an accomplished creator of decks such as the Hanson-Roberts Tarot, Universal Waite Tarot, Whimsical Tarot, and Tarot Affirmations.

The outer edges of the imagery have been removed to allow room for the text, which condenses the pictures to a small scale. Printed above and below each picture are proverbial meanings and/or advice for the card. The reversed interpretation is printed upside-down on a blue background, while the upright meaning is printed on a gold background. This color scheme proves ecstatically pleasing to the eye, and enhances clarity and focus on the upright or reverse position of the card.

There is no book or pamphlet with the deck, instead an additional card with brief instructions on how to read the Tarot and examples of four basic spreads – Single Draw, Three Card, Celtic Cross and Star Spread. A spread sheet poster is provided with the layout for the Celtic Cross. Both proved to be useful study tools.

The deck is good quality, standard size and easy to handle. The back of the cards are gold with a pomegranate print taken from the High Priestess. The box is a bit flimsy and the inner casing does not fit snugly inside the outer casing. I found myself taping the bottom to keep it together.

Although I did not connect well with the meanings and advice displayed on the cards, and at times felt I did not agree with the interpretation at all, I felt it was important to conduct a few readings to assess its usefulness in a reading. However, I felt my intuitive ability was being mired by the meanings and advise presented on the cards. Although reasonably accurate at certain points, I found the interpretation to be a bit broad, and I felt it proved to produce a vague reading with little culmination of emotion. My basic perception is the deck was not ‘alive’ and lacked character.

The thing I found most interesting was the short tribute on the back of the inner casing honoring Pamela Coleman-Smith. A nice photo of ‘Pixie’, accompanied by a short biography of her life and work was a delightful surprise when I opened the box.

Overall, this is a deck for beginners and newcomers to Tarot. It is suited for beginners seeking to improve their ability to memorize standard meanings and to practice reading reversals. I recommend it to anyone who desires a set of “tarot flashcards” to use as study tool. If you are an avid fan of Mary Hanson-Roberts, it’s a deck you may just want to have in your collection.

I have always been enamored by tarot cards; however, the idea of starting tarot can be an extremely daunting one. How can one memorize all the meanings of 78 cards and then the alternate meanings of each reversal? This deck appears like the perfect solution for beginners. BUT BEWARE! I actually do not believe this is a very good deck for a beginner at all.

Truth be told, this was my very first tarot deck. I bought it because I did want to learn tarot and thought this was a great deck to begin with. However, after purchasing this deck, I pretty much let it sit on a shelf for a few years without learning much tarot at all. That is because it is a hard deck to connect with. The pictures are small which made it difficult to connect to the imagery.

The texts that flank the images make it harder for you to tap into your intuition when you are doing a reading. You will most likely end up just reading a list of possible meanings for each card as they appear on a spread. In other words, it blocks you from actually "reading" the cards, letting it speak to you and the situation. This pretty much isolates the querent (if any) and the reader for the reading itself, again making it very difficult to connect with the deck and have fun with it. If you don't build a connection with the deck, it’s not going to be interesting to you and you will have a harder time learning tarot.

Like I said, this was my first deck, and it sat on my shelf, not inspiring me to continue learning. Once I pick up another deck that I was more connected with, my desire to learn tarot burst forward like a storm.