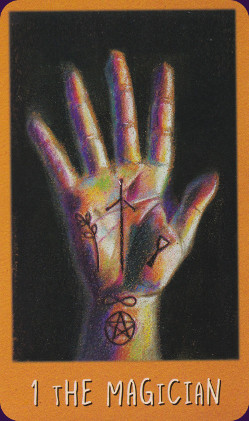 The Raven's Prophecy Tarot is the creation of author and artist Maggie Stiefvater, writer of the Raven's Cycle books. The 78 non-traditional cards are stark and brooding, with dark and enigmatic artwork. 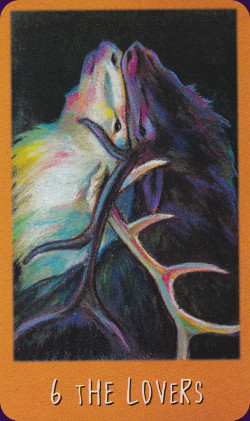 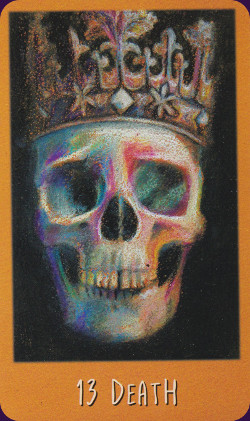 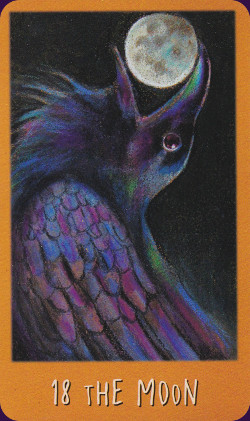 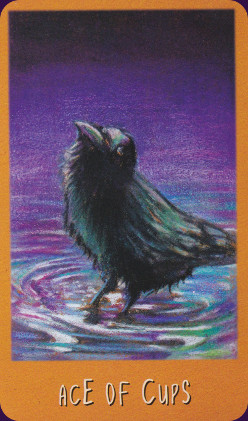 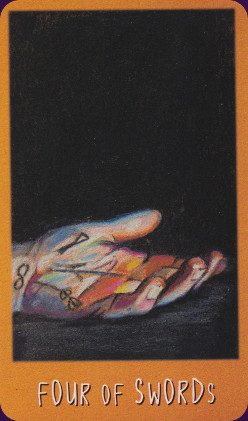 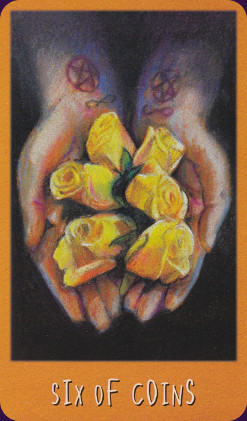 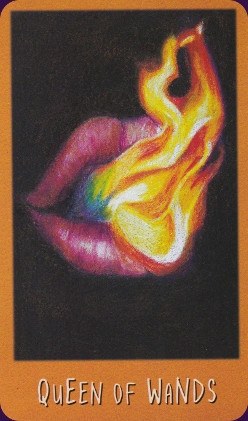 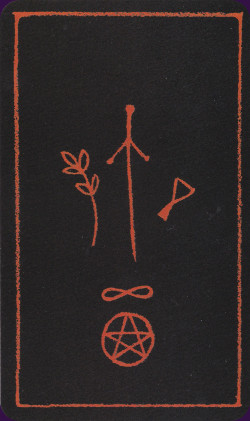 In Celtic mythology the raven is often associated with goddesses of war and death – The Morrigan, the Cailleach Bheure, Badb, Nemain, and Macha – all given to prophesying, and predicting the outcome of battles. The raven is also associated with the Dubd Sidhe (Dark Faeries). Additionally it is the symbol of the Welsh God Bran, whose decapitated head became an Oracle. The raven in the Raven’s Prophecy Tarot symbolises the conscious mind – logic and rationality, while the suit of Wands and the element of fire represent creative powers. Fundamentally the deck can best be viewed as a tension between these two – intellect and creativity.

This is a 78 card tarot with 22 Major Arcana and 56 Minor Arcana. No cards have been renamed, and the suits are Cups, Coins, Swords, and Wands. The Court cards are the standard Page, Knight, Queen, and King. All cards have both titles and numbers.

This deck initially appears to be quite dark and a little foreboding. All the images have a stark black background with no modulation, however this actually serves to offset the luminous colours of the artwork. Ravens, feathers, flames, flowers are the most ubiquitous symbols appearing in this deck, and they are all depicted in gorgeous stained glass hues.

The cards are printed on excellent card stock – thin, flexible, smooth, and low sheen. The cards are easy to shuffle – they neither clump together, nor are they too slippery and prone to leaping from one’s hands. The print quality is excellent – no blurred images, no misprints, no colour bleeds.

The artist and author Maggie Stiefvater has employed a palette of glowing colours – pink, purple, magenta, jade, crimson, flame yellow, and lava red. The images have been done in pastels which gives them a grainy texture, and tend to be close views so that a single object - feather, flame, hand, rose, leaf etc. dominates the illustration to the exclusion of all else. People are not depicted in the cards, with the exception of a darkly silhouetted figure in The Fool, and a small shadowy figure in The Tower.

All cards have a narrow orange border. Numbers and titles are given in scratchy white print beneath the illustration. The print on the back, chalky sketches of a cup, wand, sword, and coin, along with a cosmic lemniscate, is not reversible.

The cards and guidebook come packaged in a light cardboard box printed with some cursory information about the deck, and images from theRaven’s Prophecy Tarot. This box is fine for storing the cards at home, however it is unsuitable for travel as the cardboard is somewhat flimsy and prone to damage, and also too large to stash in a bag or backpack.

The 184 page guidebook is written by Maggie Stiefvater. It has a brief introduction which outlines her interest and motivation for creating the deck. There is also short chapter that discusses the theme of the deck. Introductory information on How to Do a Reading is included, as is a ritual the Seeker can do prior to using the cards. Three spreads are included, 1-card, 3-card, 10-card layouts; the latter being a more psychological version of a Celtic Cross layout.

Undoubtably readers of Maggie Stiefvater will be interested in this deck, but its appeal should not end there. This is a curious deck that conjures visions of myth and mystery on the moors. It is quite stark, a little eerie, but also beautiful. It is not suitable for beginners as its symbolism is peculiar to its creator and not at all traditional. However if you are of a somewhat Gothic mindset or you like your cards dark and enigmatic the Raven’s Prophecy Tarot may be just your thing.