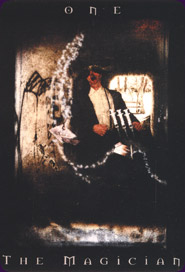 The Savage Tarot is a deck of 78 cards with imagery of the dark underworld - the savage beauty and macabre aspects of life. Self-published in a limited edition of 100 decks.


Card Images from the Savage Tarot 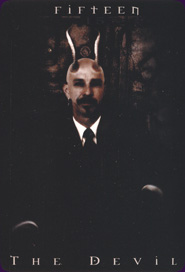 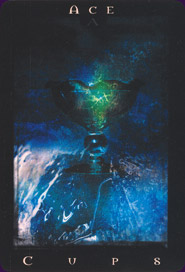 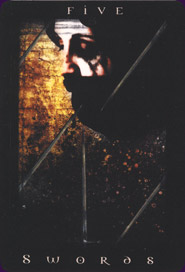 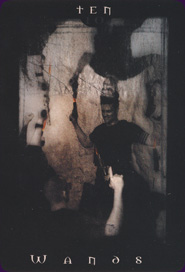 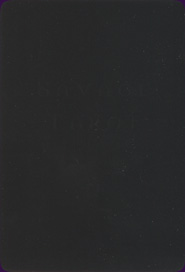 "This tarot will express the true world in which we live – and it is, indeed, a macabre and savage place to exist." – MichelleX

The artist and designer of the dark Savage Tarot, MichelleX, wanted to create a modern and real Tarot. One that did not sugar-coat reality, or disappear into myth and fantasy; one that reflected the darker side of human existence, and was more relevant to our times than the traditional Tarot imagery dating back to the Middle Ages. In her own words:

"In my personal travels, I have seen the depths of the world which most often the collective society tends to ignore, pretending it doesn’t exist. Through my art I attempt to exploit those depths, bringing them to the viewer’s eye, make them confront what lurks in our living underworld. Inside every aspect of beauty we see, there is a filth underneath. It is that filth, the strange beauty and the bizarre that I’ve spent so many years of my life seeing to which I an relate when attempting to connect (on some level) with something that has become a spiritual tool."

The deck has a standard structure - 22 major arcana numbered from to 21 and minor arcana suits of Pentacles, Wands, Swords and Cups - while its imagery is dark in both theme and colouring. Each card has black borders that fade into the scene itself, which is usually also dim and deeply shadowed. The photographic subject matter is challenging and confronting, both to personal and Tarot sensibilities: there are images of submission and dominance, of nudity and nakedness, of women in chains or handcuffs, of violence and pain, of suicide and murder.

The Magician is pictured a as a drug dealer, a man possessing great power through his sought-after ‘elixir’. The High Priestess is a woman in a sanitarium, unable to express her great intuition. The Empress is a submissive, by choice; while the Emperor is a dominant man holding chains and wearing a gas mask. The Chariot is represented as a serial killer, pictured as a dead body in a blood-spattered bath. The Hanged Man is a warped priest, described as the truly evil. Death is an image of a suicide, the ‘final release from that which has become an unbearable burden to her’. The Devil is a goatee’d and horned CEO, described as a man using inappropriate avenues for sating his desires. The Moon shows a prone woman with a knife overhanging her body, reflecting man’s capacity for violence that lies under the code of politeness. Two cards only in the major arcana are at the opposite end of the spectrum – the Sun, representing the pure innocence of childhood, and the World: she who is one with the world around her.

In the minor arcana suits, Wands are Fire and illustrated by firepower -- guns. The suit does not serve to glorify weapons, however, the images intentionally use washed-out colours to remove excitement from the cards. Several cards feature or mention suicide in several forms: group, pacts, cult-induced such as Waco. The Cups suit is Water and are in blues and greens to represent emotions; illustrating relationships, feelings, old photos and faces. In the Swords, blades represent many things: the emotional response invoked that is not inherent to other weapons, the clarity of thought implied by the edge, the ‘notion of facing conflict or pain honestly’. The Pentacles are in gold and green, representing Earth, and are a more feminine and soft than the other suits, dealing with wealth and physical pleasure.

The cards have been printed on thin and flexible stock at a size of 3.5 by 5 inches, and have black backs with a very subtle text, ‘Savage Tarot’, in the centre. There are two extra not-quite-cards on thinner white paper: a title card and one with the deck’s credits. The deck’s packaging suits its theme very well. The box containing the cards is a metal tin, the lid of which has a clear plastic panel held by small rivets.

The 80-page companion book is printed on brown recycled paper, bound with string and with a cover of black leather. It has been written by Griffen Smith - who also collaborated on the set’s publication – and offers explanations of the symbols, upright and reversed divinatory meanings of few keywords, and a small black and white image of the card. A sample:

The Queen of Pentacles

Putting us in mind of the goddess Kali she is someone who is intense and her silence is due to a preoccupation with her own concerns. The blacked out eye simply her introspection. The earth tones, flowers and leaves show us her deep connection to the earth.

Divinatory Meanings: Someone deeply connected to nature. Someone intense and silent involved with her own concerns.

Reversed: Sociability, expression. A need for activities involving others.

The Savage Tarot pictures the bleaker, seamier, painful side of humanity about which we would rather not think, bringing it out of the shadows and into the light where it can be seen and perhaps understood. This is not a Tarot I could often use myself, but there is a place in the Tarot world for such a deck.