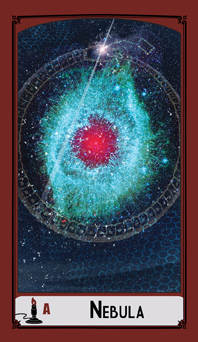 The Science Tarot is a creative project that combines science, art and mythology with tarot. The majors are science stories, the courts are scientist archetypes, and the suits are bunsen burners, magnifying glasses, scalpels and beakers. A very modern, educational and unique tarot deck.


Card Images from the Science Tarot 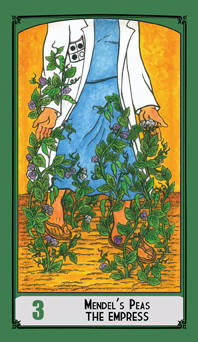 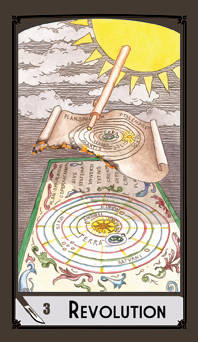 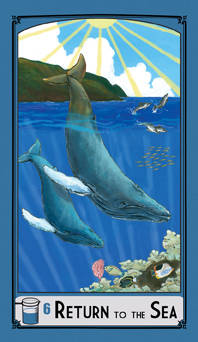 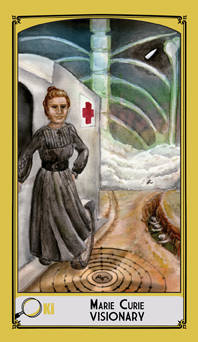 The Science Tarot, brought into being by a motley crew of three co-creators (Logan Austeja Daniel, Martin Azevedo and Raven Hanna) and five artists, one for the Major Arcana and one for each of the suits (Tammy Stellanova, Shari Arai DeBoer, Kristian Johnson Michiels, Kristy Whitehouse and Janelle Schneider), is quirky and delightful. I've known and loved many decks brought into the world by collaborative teams and usually the pattern is one conceptualiser and one visual artist, occasionally one conceptualiser and two visual artists, one for the Major Arcana and one of the Minor Arcana. This is the first time I have seen a deck where a crew of eight have worked on it, and surprisingly, it works rather well, being more cohesive than I would have thought.

It is, however, slightly, twee, just slightly tongue-in-cheek. Having used it consistently for a while, I have to admit it functions very well and its colourful, almost cartoon-like illustrations are fresh and appealing. The other day I was sitting with it in a cafe, and a crusty Elder Gentleman at the next table was quite charmed by it.

It is presented in a two-piece, box, sturdy and appealing in olive-green and white with a simple reversible design of two intertwined microscopes on it, which also turned out to be the design of the backs. I loved the renaming of the suits in line with scientific equipment, and I didn't need to read the accompanying booklet to realise that Scalpels were Swords, Beakers were Cups, Bunsen Burners were Wands and Magnifying Glasses, by analogy, had to be Pentacles. Each suit has its own coloured borders: Scalpels are brown, Beakers are blue, Bunsen Burners are deep-red, Magnifying Glasses are yellow, and the Majors are a beautiful forest-green. The booklet with it is larger, sturdier and more informative than your average LWB, tending towards the recent trend towards booklets that aim to provide the user with more information than a LWB could, squeezed into something that can be boxed up with the deck unlike a regular accompanying book.

In keeping with modernity, the Court Cards, portraits of famous scientists, have been renamed: Kings are Visionaries, Queens are Storytellers, Knights are Innovators, and Pages are Explorers, all of which broadly and generally fit their older roles. They all have the first two letters of their original court titles on the cards, for us old-school Tarotistas who may have difficulty with the changes. I was amused to see that each and every “Queen” is a man, and each and every “Knight” is a woman, along with the Pages. In going through the Court Cards I obviously came across some scientists whom I knew of quite well, like David Bohm and Marie Curie, but it was a pleasure and a delight to find women from previous centuries, when we might have thought they wouldn't be allowed to do anything outside of the home, like Maria Sibylla Merian and Caroline Hershel, lurking in the shadow of her more famous brother who doesn't appear in the deck, and it was also a delight to encounter people I hadn't heard of before but probably should have, like Otto Loewi and Jabir Ibn Hayan. The new ones to me were in the minority, and even though the booklet gave me enough information to appreciate the cards, I spent a very pleasant few hours reading up on them away from the deck, time very well spent.

The three cards that are real stand-out favourites for me are all Major Arcana cards: 10 – Schroedinger's Cat – Wheel of Fortune, 12 – Potential Energy – the Hanged Man, and 13 – Phase Transition – Death. The Wheel of Fortune shows the box in cross-section, with the nuclear toxin and the sadly half-dead cat, its front half skeletal and its rear half perfectly healthy, hanging in a sky of boiling blue and purple clouds, the only wheel-like circle to be seen being an all-seeing eye in the clouds, astrological symbols in its iris.

The Hanged Man has its Potential Energy on show as a huge rock in an orange desert carefully balanced on a fine point, a dark bird landing on it. The shadow it casts on a distant cliff behind it, cleverly, is the traditional shape of the Hanged Man in Tarot. Tse base that it is poised on has the equation E=U on it.

And my third favourite is Death, Phase Transition. We see a skull, but a skull of ice, a solid, phase-transiting into water as its jaw melts, surrounded by steam as the water evaporates. This symbolises the lesson of this card very well: all the water remains, but as it changes phase from solid to liquid to gas, the “information” in it, then shape of the skull in this case, is lost forever.

I am delighted by the amount of algebra and formulae hidden subtlely in the backgrounds of the cards, I am somewhat less delighted that almost every figure in the deck is wearing a white coat, as are the entire creative team in their publicity photographs on the website. This seems really, really twee and artificial to me: now that jeans and jackets have pockets in them, most scientists that I know or that people I know know, work in jeans, tee-shirts and sometimes jackets. They are wearing white coats not because that is their work-gear, but because it brands them as scientists to the masses, pretty much the way a stethescope draped around the neck brands someone as a doctor even though the doctors I know don't regard medical equipment as items of apparel and would tend to keep it on or near their desks whilst working rather than draped around their necks. It's just all a bit precious and a bit artificial.

After all this, does the deck work? Hell, yeah! The creative team knew their stuff, and married the scientific symbolism to the archetypal energies of the cards very well. And for those who don't have the scientific knowledge to see that relationship, the accompanying booklet does a great job of elucidating each card. I am very happy with it as a working deck.