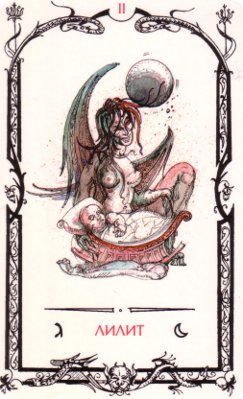 The Tarot of Shadows is an unconventional Russian-published set of 78 cards, with dark, demonic and fantasy art scenes set on white backgrounds.


Card Images from the Tarot of Shadows 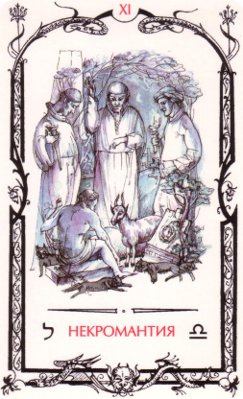 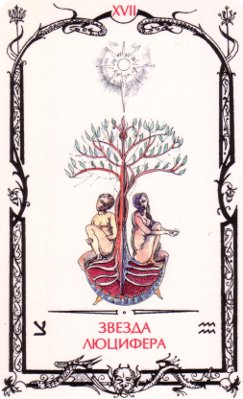 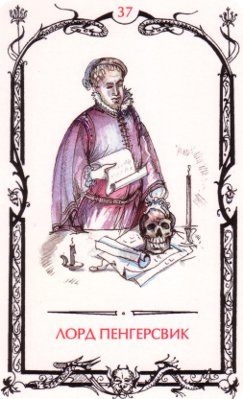 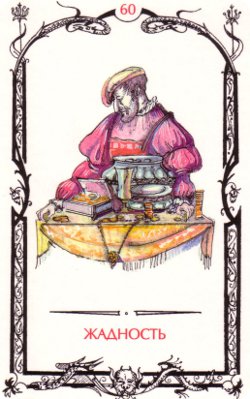 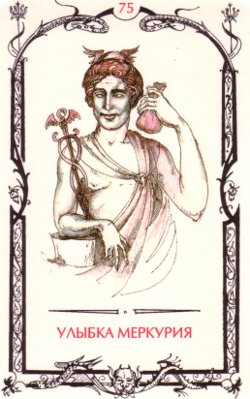 Tarot of Shadows Review by Demonessa

Tarot of Shadows is the most popular product from the Russian Tarot reader, writer, teacher and magician Vera Sklyarova (author of many other decks). The cards endured several editions and they will surely be published again as each new edition is selling like hotcakes. The cards themselves have white background and the red back with the goat’s head inside the pentagram. Images are not very colorful, in fact they look like pencil drawings and are located in the center of the card.

The important thing for this deck which makes it special is lack of suits. There are no wands, cups, swords or pentacles. There is just a keyword and the image. The numbers above the image range from 1 to 78, Major Arcana given in Latin numerals and the Minors in Arabic numbers. Major Arcana also list Hebrew letters and planetary attributions, though most Tarot scholars in Russia work with the image and keyword only and treat this deck rather as an oracle than the Tarot deck.

The author’s main idea was that the complete deck is the embodiment and development of Major Arcana XV the Devil. Therefore, the Keywords and pictures are connected to “black arts” – names of gods, dark angels, persons from the history or art (Satan, Lucifer, Lilith, Hecate, etc), human vices (avarice, gluttony, sloth, etc), magic rituals (Black Mass), herbs, instruments used in black magic, notions connected with planets. Why should such things be displayed and studied? The author thought that people should know their own (and other people’s) dark sides, be able to detect the evil influence and protect themselves.

This deck is quite special as up to now (2014) it has not been translated into English (keywords or books) and is devoted to the “dark side” exclusively. It is mostly used by people who study magic as well as Tarot, or are not afraid of the darkness within. It is a tool to be handled with extra caution. But apart from magic, the deck proves to be helpful with the money or health issues.

This deck is not for everyone, but those who work with it do that on a regular basis!


Complete Details of Tarot of Shadows


Similar Decks to Tarot of Shadows