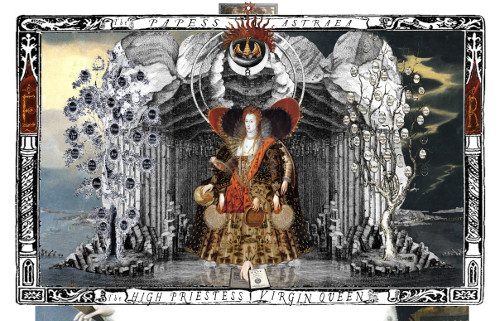 The Shakespeare Tarot merges the works of William Shakespeare with the art and mysticism of the Renaissance. The 78 images are drawn from alchemical treatises, frescos, etchings, drawings, and masterpieces in oil, and are landscape-oriented to emulate a stage.


Card Images from the The Shakespeare Tarot 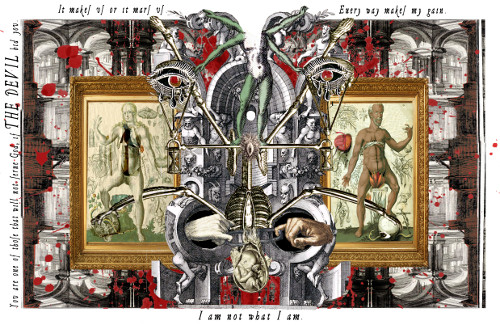 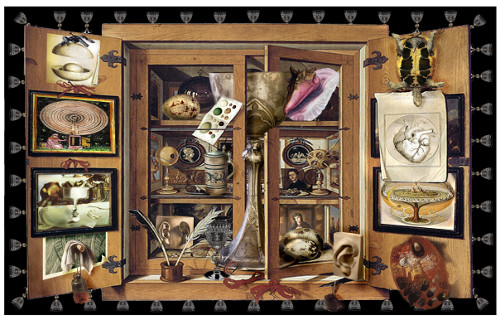 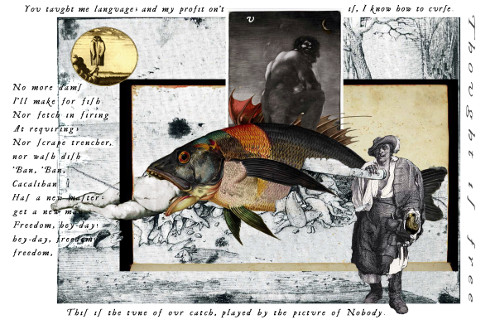 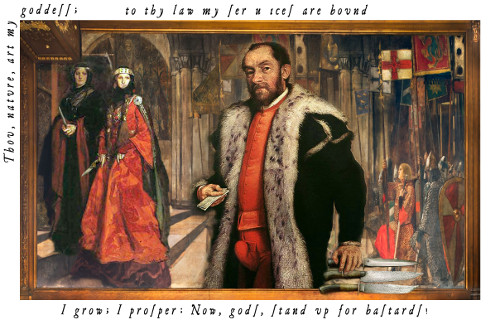 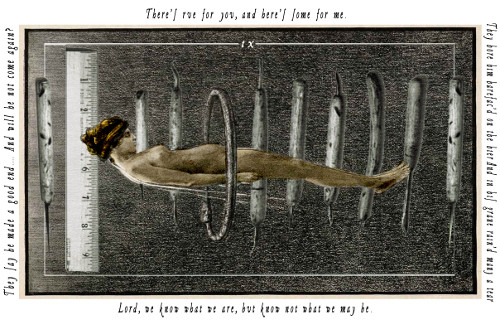 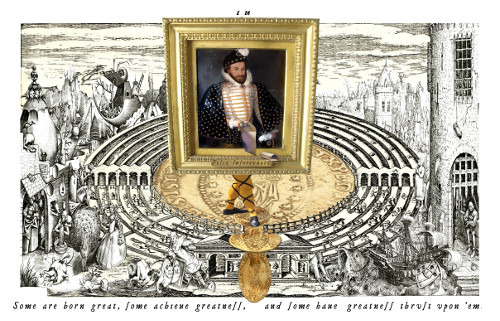 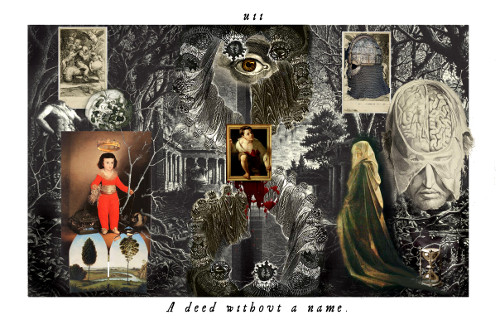 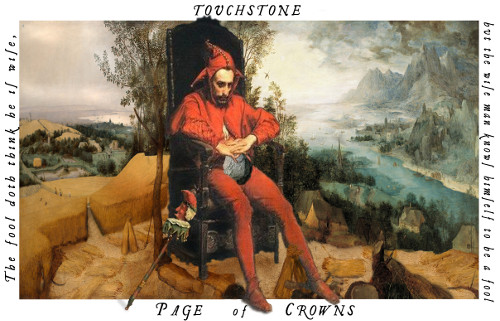 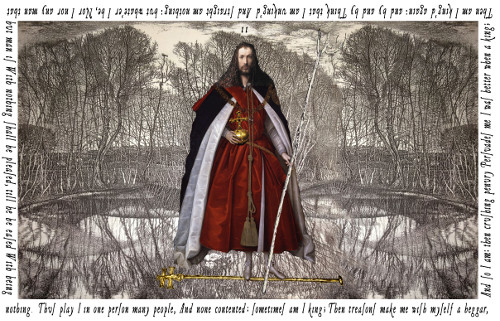 The Shakespeare Tarot Review by tedglart

"Bright baffling Soul, least capturable of themes," to quote the first line of Thomas Hardy's sonnet "To Shakespeare", the Bard himself needs no introduction. The English language has never been more eloquent or powerful, and the established canon of 37 plays is an inexhaustible fund of psychological insight and philosophical speculation. No wonder there have been several attempts in the past to map Shakespeare's characters onto the durable framework of the tarot. But just as Shakespeare stood head and shoulders above his contemporaries, this deck seems light-years ahead of previous efforts in terms of visual poetry and intellectual sophistication.

The Shakespeare Tarot is an independently published, fully illustrated 78 card deck that can be purchased directly from the author's website. There is also an astonishing 440 page companion book, "The Shakespeare Tarot Key: The Book of the Play". It contains coloured reproductions of each card above the author's commentary. Deck and book can be purchased together or separately, but the book is more or less essential if you hope to gain a full appreciation of the complexity of the imagery on the cards and the sublety of the author's intention. As a bonus, 16 extra cards that are not necessarily meant to be used for readings are included, which depict apocryphal works originally ascribed to Shakespeare but which have since been excluded from the canon by successive generations of scholars.

The cards arrive shrink-wrapped but, presumably as a cost-saving measure, there is no box. They are oversized (5.75 x 3.50 in. = 14.61cm x 8.89cm) and awkward to shuffle for small hands. But much of the essential detail of the imagery would have been lost if the cards were regular size. The corners are rounded, and the card stock is low-gloss, smooth and flexible. A great innovation in this deck is that the cards are meant to be viewed horizontally, with the long side at the top, rather than vertically. In this way they resemble a stage in a theatre. and also allow the artist to fit more figures and more action onto each card. The card back design is non-reversible and shows an ancient battered leather-bound copy of "Shakespeare's Works" opened face down.

The stunning images on the cards are complex collages bringing together thousands of images taken exclusively from Elizabethan sources. There is a lot of expert manipulation of perspective, and the backgrounds often convey great distance, height or depth, so that there is tremendous variety from card to card. The white margins contain quotations that help us to identify the character and play allotted to each card.

In terms of structure, if not visual appearance, the deck is firmly based on the RWS model, but concepts from the Tarot de Marseille sometimes make an appearance. On the Sun card for instance, in a parched landscape, two old men, Lear and a blinded Gloucester, take the place of the two children. The low wall behind the children is replaced by a distant representation of Stonehenge. The four RWS suits Wands/Cups/Swords/Coins in the Shakespeare Tarot become Staffs/Cups/Swords/Crowns. The court cards, as in the RWS, are Page/Knight/Queen/King. Shakespeare himself appears as The Hierophant (V), the Globe Theatre is the World card (XXI), and the Sonnets, all 154 of them, are represented in the 10 of Crowns, but the other cards generally choose one character from one play to embody the established concept.

The author often seems to be conducting a debate with the RWS, questioning and expanding our appreciation of what individual cards mean. Sometimes there are witty ironic echoes of details on the RWS cards. The Fool's dog appears to be sleeping and then turns into a bear. In fact, in true Shakespearean style, there is wit and irony everywhere in this tarot. And perhaps also, fittingly, more darkness, cruelty and cynicism than in most tarot decks. In addition, as in Shakespeare, there is a decidedly feminist slant to much of the deck.

Identifying which card is which can be difficult at first, there is so much going on, and this is certainly no beginner's deck, but visual clues are everywhere and reference to the companion book soon makes them familiar. Prior knowledge of Shakespeare's plays is of course a great advantage, but the deck is so attractive that I found myself dashing off to read a play I didn't know simply to understand a particular card. Studying this deck would be a wonderful tool for someone teaching Shakespeare or taking a course at university or college.

The companion book, which has larger than normal print, is attractive, entertaining and informative if somewhat abstruse and scholarly in tone. At times the author seems even to be parodying certain elements of Elizabethan prose style. The cover shows a portrait of the 17th Earl of Oxford, Edward de Vere, a member of Queen Elizabeth's inner circle. The recent blockbuster movie "Anonymous" proposed that Edward de Vere was the man who wrote the plays usually ascribed to someone called Shakespeare, and the author of the Shakespeare Tarot provides a great deal of convincing material to support this view. Interestingly the portrait of de Vere on the cover of the book was once thought to be a portrait of the Stratford Shakespeare until layers of paint were removed to reveal the sitter's true identity. As a nod to the 17th Earl of Oxford the design of the book's jacket is a witty parody of the format used by the Oxford University Press.

The Shakespeare Tarot is a challenging though very rewarding deck to read with, but a pleasure just to look at and think about. Taken together, the book and deck constitute a unique artefact, that is at the same time a tool for students of the occult, a work of art, and a meditation on literature and history.


Complete Details of The Shakespeare Tarot


Similar Decks to The Shakespeare Tarot