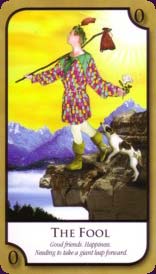 'Simply Tarot' is an inexpensive packaged set for beginners that includes a deck of 78 cards, an instruction book, and a DVD. The cards are a clone of the Rider-Waite, except the imagery is photographic rather than illustrated.


Card Images from the Simply Tarot 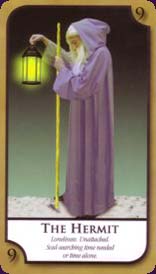 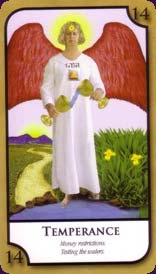 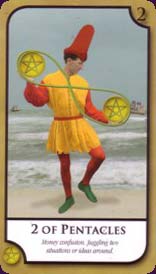 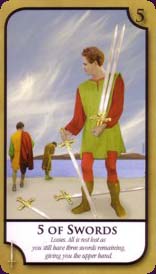 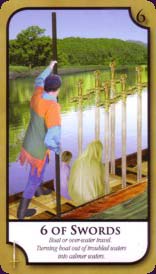 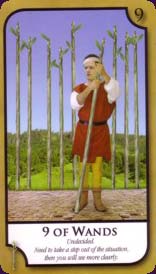 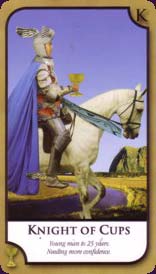 The ‘Simply Tarot’ deck was first published in 2005. As part of a set, it comes in a large box with an instruction book and DVD. Depending on where you buy this pack, advertised as a set for beginners, in most places that I have seen it, the price has been very reasonable.

The deck comprises 78 cards. It is a Rider Waite clone and follows Waite’s images very closely. However, rather than reproducing the drawings of Pamela Coleman-Smith through similar media, the artist commissioned to work on this deck, has used photography. These photographs look as though they have been digitally altered to replicate the images found in the Rider Waite deck.

Amanda Hall, the author of the book and presenter of the accompanying DVD film, says that the deck was created by ‘understanding the need to bring the Tarot message into the 21st century. With particular attention to detail and conveying all the right symbology and hidden imagery of the Rider Waite deck, many hours were spent perfecting each card. The ‘Simply Tarot Deck’ blends the mystique of the original Rider Waite deck, using real imagery instead of drawings’. She goes on to say ‘Some tarot decks on the market have quite grotesque drawings and may frighten people … when choosing a set of cards, you need to be comfortable with the drawings and colours. For beginners, I believe you can’t go wrong if you choose the Simply Tarot Deck’.

She is correct in her suggestion that this is a good set for a beginner, but as far as bringing the tarot message into the 21st Century, the deck does not provide much more as an update. It is impressive to see how well the artist has constructed the images to reproduce the scale, colouring, characters and objects of the original Rider Waite deck, but in doing this so well, has added very little more. Personally, if I was going to buy a deck, and wanted one with Waite’s symbolism, I would seek out the original. If I wanted one which represented tarot with a 21st Century flavour, I would probably look for a deck with more modern values than the Rider Waite.

In creating this deck, there is one addition that you will not find in a traditional Rider Waite - Hall has added her personal ideas of what each card means to the bottom of each. The definitions take up a small amount of space, where the title is also added. These meanings may help a beginner of the tarot, but should you have began your journey some time before you purchase this deck, you might find that Hall’s definitions may jar a little with ideas provided by other authors, including Waite, himself. As an example, the meaning given for card 1, ’The Magician’, is ’Element of Surprise. Good or bad’. Hall does not expand on this or provide any further guidance or understanding for this card in the accompanying book or in the DVD class.

The images themselves are nice and bright. The colours are engaging and was what initially drew me to pick up this pack. However, on closer inspection, on some cards, the figures look a little strange. Aside from odd costumes (that look as though they have been provided from either the local village pantomime or the nearest pair of curtains), the digital construction of the images looks a little clumsy in places - proportions may be a little ‘out’ or a head might look like it has literally been glued on to it’s body.

The models used do not look professional. They look as though they have been picked from a selection of either the artist or author’s group of friends. This may not be the case, in reality, but this is how it looks, which gives the deck a cheap feel that is reflected in it’s price. Some models are repeated. For example, the young man in ‘The Devil’ card pops up again in the same costume in the ‘Judgement’ card and can also be seen as the ‘Knight of Cups’. Other models are also used for more than one, or in some cases, two cards.

The deck uses the same pattern for it’s court cards as the Rider Waite - King, Queen, Knight and Page. The one change, which I feel to be a benefit to the deck, is that the male youth of the Rider Waite has been replaced by a young woman, giving the deck some balance in gender. The back designs are gold, showing a sun and moon, which means the deck is not reversible. The quality of card stock is relatively flimsy, but with care, will last.

The full-colour 64 page book that comes with the set provides a small but concise introduction to reading the tarot. It is nice to read a book that dispels many of the myths and old-wives tails , such as keeping your deck wrapped in silk, sleeping with the cards under your pillow and not letting others touch them. Hall suggests you do whatever feels right to connect with your deck, but says that she has not found any evidence that these rituals provide better readings.

The book gives very small definitions of the cards. These definitions are no longer than the sentence or two that you will find on the actual card. There is a description of the ’Celtic Cross’ spread, including a sample reading. There is also a nine-card Daily Inspiration Spread and the ’Mark and Amanda’ spread, which is obviously designed by the author, but has no explanation regarding it’s name‘s origin.

The DVD is a pretty rushed affair. It follows the exact same format as the book , and if you refer to it at the same time, you can see that Hall is actually reading from it, word for word. The DVD gives no more information than the book and pretty much serves as an alternative to actually reading the text. Once again, the quality of the film is not terribly sophisticated. Images of the cards and Hall laying them out dominate the visuals.

On the whole, despite my criticisms, this pack is very good value for money. It would suit a beginner or someone that does not have a large budget. The DVD and book, even though the same, provide a good foundation for someone that has no knowledge of tarot and requires a starting point as they begin their journey. If you are an experienced reader, you may find the definitions on the cards to be a little intrusive. This deck may be of interest to those collecting Rider Waite clones, but as a reading deck, such people may find the original mystery of Pamela Coleman’s artwork is stripped away in this depiction.