Colourful, super-real and in-your-face, the Italian-published Solleone Tarot cards have a medieval style and occasionally use bloody and violent imagery.

Card Images from the Solleone Tarot 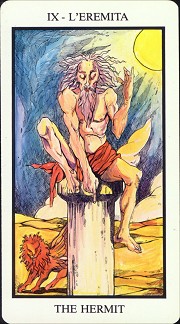 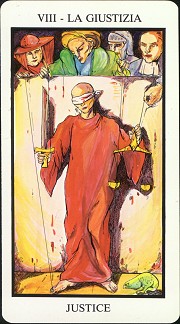 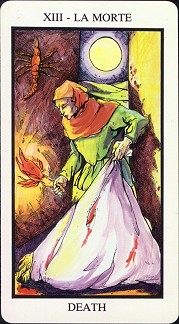 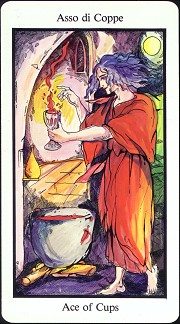 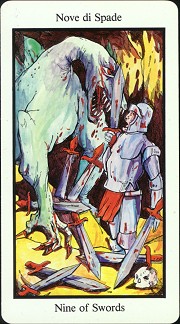 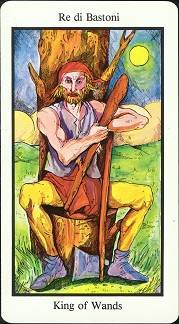 The Solleone was my first Tarot deck. It was just out when I bought it more than 30 years ago, its contemporary art recreating medieval characters and activities.

Clients sometimes blench at all the blood and violence. These are a metaphor for the intensity of feeling that the Venetian artist, Elisabetta Cassani, sustained during the two years she spent painting these images. It is humans with the covers off, in extremis, the self beyond the comfort zone. The knights thrashing around with swords betoken frustration and challenges to entrenched status, the evil cardinals and looming monsters signify that even a seemingly quiet life is rent with passion; adversaries are everywhere sometimes hiding behind smiles.

The art is superb. These images go way beyond illustration and are what El Greco and Giotto and Botticelli would be producing were they working today. The cards are large, the right size for an instant message which you then follow up with detailed scrutiny. The classic symbols from antiquity aren’t there. Instead you have an integrated vision, a world which mirrors our own. A storyteller’s gold mine.

I now have about 20 decks, but whenever others seem unyielding I go back to the Solleone. It puts me in touch with hidden dynamics and gives me the confidence to say what I see no matter how far-fetched it may seem.