The Spiritsong Tarot is a 78-card deck blending the traditions of animal guides and tarot as a spiritual tool. The cards feature 78 Spiritsong animals, selected from shamanic and Native American symbolism.


Card Images from the Spiritsong Tarot 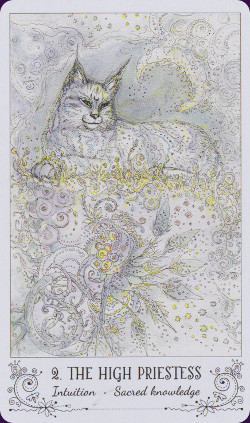 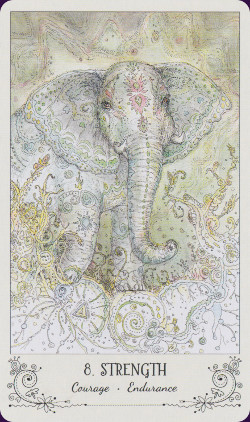 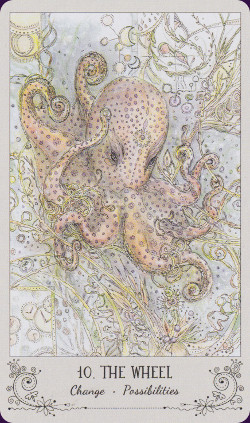 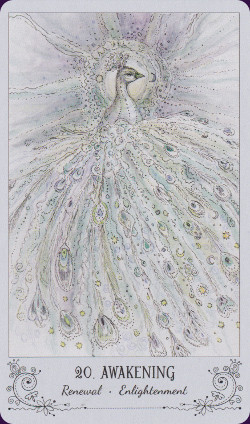 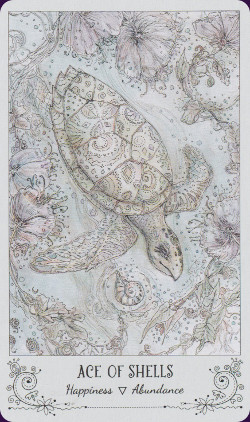 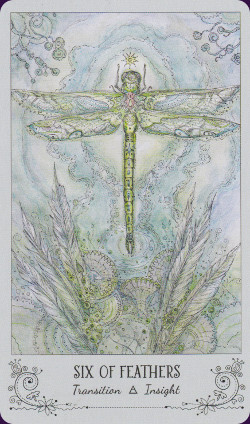 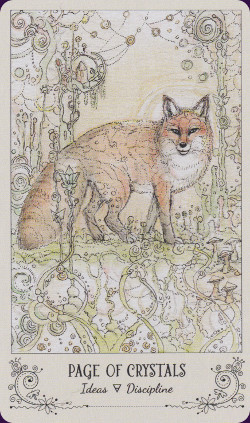 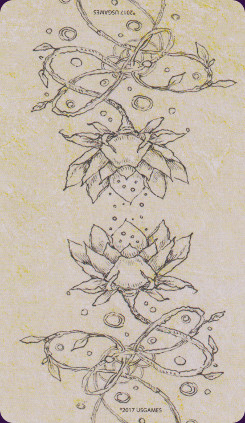 Paulina Cassidy is a prolific artist with two oracle decks as well as the Joie De Vivre Tarot and the Paulina Tarot to her name - the Spiritsong Tarot is her latest offering. Paulina has a unique and instantly recognisable art style, a gorgeous blend of whimsy, imagination, fine detail and unworldly detail which some may describe as verging on psychedelic, but in actuality conveys a sense of the spiritual energies and entities which surround us. Cassidy has spoken of creating her art from intuition, channelled, in a sense, from the alternate worlds and dimensions that she feels connected to.

The Spiritsong Tarot is a slight departure from Paulina's earlier decks in that it depicts animals rather than mythological and human beings. The animals in the Spiritsong deck are drawn from shamanic and Native American traditions and are the embodiments of specific powers, or are messengers and guides with especial information for the Seeker. This deck melds the shamanic tradition with the Waite-Smith tarot resulting in a deck of unusual optimism, wonderful insight, and great beauty.

The cards measure 77 x 128 mm, which makes them a fairly average size tarot deck; and if you are a user of US Games tarot decks you will be comfortable with these cards. The card stock is excellent, sturdy but light and flexible without being flimsy, and the finish is satiny and low sheen making the cards exceptionally easy to handle. The deck has the lightest of textures to the touch, which prevents the cards sticking together and also facilitates easy shuffling and dealing. The cards have rounded corners, which gives longevity to the cards, preventing the cracking and peeling which so often begins with sharp corners.

The print quality is superb, this is a deck of delicate line-work and subtle colouring all of which is reproduced without any blurring, colour bleeds or other misprints. Artist Paulina Cassidy is both the conceptual originator of the Spiritsong tarot and its illustrator. Her idiosyncratic artwork deftly represents the animals in question, yet her imaginative flourishes and minutia distinguishes her work from other animal-based tarot decks. Cassidy’s style features patterning reminiscent of Indian Mehndi/henna designs, with a more organic flow to them, and executed in fragile, fine detail. Cassidy is a pen and watercolour artist, so her palette features a spectrum of gorgeous and delicate colours, in subtle yet vibrant arrangements. The scans, by the way, do not do justice to the brilliance of the colours.

Each image has a narrow border in pastel colouring which varies from card to card. The card’s number, title, keywords, and in the case of the Minor Arcana elemental symbol, are given beneath the image and are framed by graceful flourishes. The design on the back of the cards, mirror image pen sketches of lotuses on a parchment coloured background, is reversible. Even the US Games logo has been printed at both ends of the design so as to maintain the symmetry.

The cards and guidebook come packaged in a small, solid cardboard box with a lift off lid. The box has a no-sheen, satin finish and features illustrations from the Spiritsong Tarot, as well as information about the deck, and publisher’s details. The presentation stars some of the exquisite attention to detail as well as the glowing pastel palette of Paulina Cassidy's artwork. This box is both sturdy and small enough to take anywhere, and unless treated roughly will protect the cards from damage.

The 105-page guidebook is written by Paulina Cassidy. The introduction outlines the ideas behind the Spiritsong Tarot, and gives information about the structure of the deck as well as the ideas behind it. It outlines how the animals chosen for the cards function as mentors and guides. It gives guidance as to how to get the most out of a reading, The qualities of the elements in governing the suits are briefly outlined, and the suits themselves and the energies they represent are also discussed briefly.

Each card in the deck is given equal space in the guidebook. Each mini-chapter gives the title of the card, and names the animal depicted in the illustration, beneath this are the keywords which summarise the card’s essential energies. This is followed by Message – a combination of description and divinatory meaning, which for the most part on the side of a positive outlook, however the darker cards do not shy away from addressing how these issues affect the Seeker’s life and what can be done to remedy them. Keywords summarise the interpretation. This is followed by Reversed Message which is basically a reversed divinatory meaning, accompanied by Reversed Keywords for a quick summary of the inverted interpretation. The divinatory meanings included in the guidebook do not stray far from broadly accepted popular interpretations of tarot cards.

Towards the end of the guidebook there is a chapter titled Connecting to Your Cards which gives the Seeker a short ritual for consecrating the cards stop this is followed by a small collection of tarot spreads including the deck-specific Spiritsong Star Spread, the Spiritsong Healing Spread, The Spiritsong Tree of Life Spread. There is some short instruction on how to use the Spiritsong deck as an oracle, as well as guidance for doing a one and three card draw.

The Spiritsong Tarot has taken the unusual step of fusing shamanic insights with tarot structure resulting in well thought out and beautifully executed deck. If you are in search of an animal-based tarot deck, are interested in Shamanism and animal messengers then the Spiritsong Tarot is a wonderful option for you. This deck definitely has possibilities for work with children, and also the doing readings with people who feel uncomfortable with traditional tarot imagery.

This is not an ideal deck for beginners simply because it lacks traditional tarot symbolism however anyone with a bit of practice under their belt and the will to learn can undoubtedly master this user-friendly deck. If you are a fan of Paulina Cassidy's art then this deck is a must have. If you are a fan of beautiful tarot decks then you must look into the Spiritsong Tarot. All round the Spiritsong Tarot is an outstanding deck.