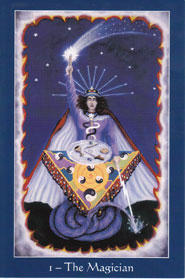 The Star Tarot is a simply stunning majors-only deck. It has a Rider-Waite basis with Pagan, shamanistic and New Age overtones to the lush artwork. The cards can be mail ordered through the artist's website as prints or as a full deck with instruction booklet.


Card Images from the Star Tarot 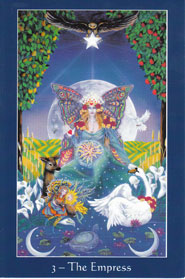 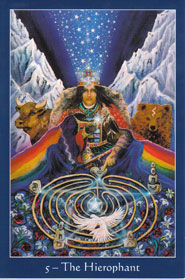 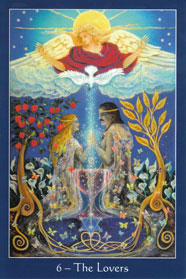 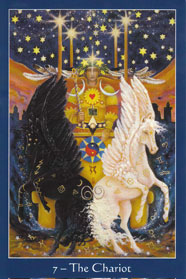 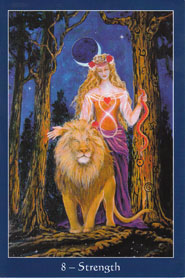 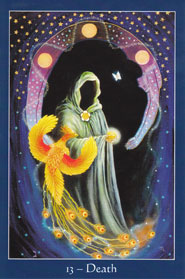 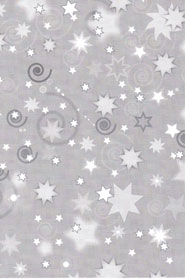 Buy at Cathy McClleland
Buy and Enjoy This Set at:

It’s been a long time since I’ve been so struck by the beauty of a Tarot deck that I’ve had to purchase it there and then. It’s also been a long time since I’ve purchased any first-hand decks at all, and I truly thought my deck collecting days were over… The Star Tarot changed that. Stumbling across it in cyberspace my immediate reaction was to squeal with joy before showing it to my friends. A couple of emails to the artist later and the deck was in my hands. And what a beautiful treasure of a deck it is!

The Star Tarot is a Majors-only deck that has been in creation since 1991. The artist, Cathy McLelland, is a master of her art and her years of experience shine through in every card. Each card bears upon it the stars of its title, and they shine down upon each card’s universe, variously blessing the scene below them, emanating with power from a figure, granting the only light in a dark landscape, forming the body of a goddess or the ominous wings of a monster… But the Star Tarot is not a dark deck, and its landscape is not nocturnal – rather, Cathy has blended the imagery and symbolism of the stars into the cards seamlessly.

The deck keeps to the traditional titles and numbering of the cards, with Strength as 8 and Justice 11. The cards a large – too large for me to shuffle horizontally – but this simply allows the detail in the images to shine through more clearly. The deck is easily shuffled vertically for those with small hands though. The card stock is excellent quality – study and a bit thicker than the average mass-produced deck. The front of the cards have a shiny coating, whilst the backs are less shiny and bear a greyscale pattern of stars and spirals. The cards have dark blue borders and the titles in white writing in the bottom border beneath the image, allowing for an unbroken view of them.

Now, some Tarot readers like their decks minimalist, whilst some like them loaded with symbolism. I’m in the latter group – the more occult symbolism the better! Symbolism is one of the potent languages that Tarot speaks in, and the more one studies it the wider the landscape of meaning one builds up over time. The Star Tarot is a deck that gets my symbolism-juices flowing nicely: it is littered with multi-layered, multicultural symbols and images, from Hebrew letters, Golden Dawn symbols, and alchemy, to flower lore, animal symbolism, colours, and astrology. They are not the main focus of each image, but instead are fitted into the image with ease and beauty – so much so that I am still discovering new symbols one my tenth viewing of the deck! Only today I realized that the Empress’ belly bears the Milky Way within it, and that the Hermit’s lantern is opening a gateway with its light in the darkness.

Luckily for those who, like me, are not as astute at spotting symbols as we could be, Cathy has provided an excellent A5-size, 25-page guidebook to accompany the deck. For each card she explains its in depth meaning, what is means to have it as a “Lifetime Personality card” (which she explains at the start of the book) and what all the symbols represent. This is particularly handy for those who aren’t well-versed in flower lore, because many books give diverse interpretations – here we know exactly what the artist meant by the calla lilies in the Lovers, and red lotus blossoms in the Emperor.

At first glance, this deck may look “fluffy”, or just a pretty face. But reading the book and seeing the symbolism contained within the cards highlights the fact that Cathy McLelland understands these cards on several different levels. As such, she’s created a deck that can be used by a wide variety of people from a wide variety of backgrounds, and which will speak to them on their level.

The artwork itself is absolutely stunning. The cards are so beautiful that I will be using them as altar pieces upon my seasonal altar, as well as for readings. The colours are bold and clear, the details are beautifully finished, and the arrangement of the images in each card is perfect. The Star Tarot is not only an achievement as a Tarot deck, but also as a work of art. And at only $25 (USD) for a copy direct from the artist, who can refuse themselves such a sumptuous treat?