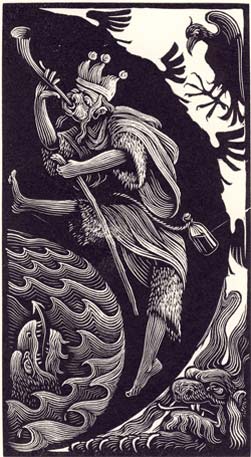 The Storm Tarot has 22 prints of original woodcuts from Czech typographer, Frantisek Storm, in an A4 folio. The black and white images are finely carved, dramatic and expressive.


Card Images from the Storm Tarot 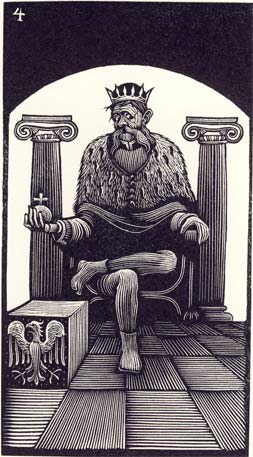 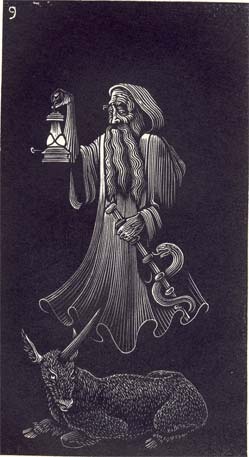 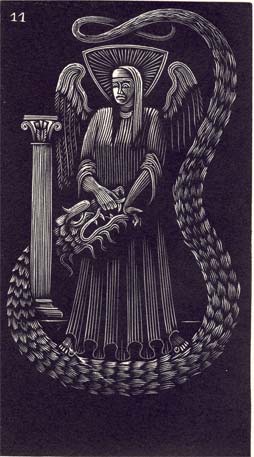 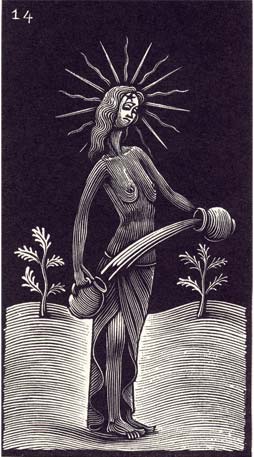 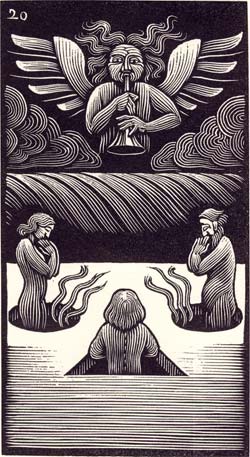 This tarot is in folio format, the 22 'cards', plus an index card and Frontpiece, being printed on quality, heavy paper in the European A4 format. The sheets are within a heavy cardboard holder which holds them snugly.

This was an issue of 50 copies, and each set is numbered with the number and an initial hand written on each sheet.

Frantisek Storm was born in Prague in 1956, and studied at the Academy of Applied Arts there. He specialized in typography, having developed many now widely used type faces. His work is considered to be a bridge between past and future, moving typeface into the digital world.

He also worked in many forms, among them woodcuts and it is this latter artform that produced the Storm Tarot. The medium is used to create the unusual look of the cards, as the lines are literally carved, then printed in the old way with ink applied and pressed onto the paper.

The effect is dramatic, and on first review almost gives the impression of primitive art. But this is a man for whom the smallest variation in line type, depth and angle is of great importance. For someone whose fame is in the graphic arts, he has transferred that skill to produce a startling and mostly effective tarot deck.

I do not know how deeply he knows tarot or whether this was primarily a technical exercise. Clearly he is familiar with the Tarot de Marseilles but his deviations from the form suggest a broader knowledge.

I am impressed by the degree of expression he gives in the faces and bodies, given the limitations of the medium. The figures seem to radiate emotion, fixity of purpose, fear and etc, though the images themselves have an oddly static feel.

Clearly this is not a reading deck, because of the value and scarcity of the cards, however I would think that one could print off the cards, and using the central portion use this as a Majors-only deck. If so, I would think it would be primarily for spiritual issues, as the otherworldliness of the figures seems very pronounced.

From the point of view of the medium, it is an impressive deck, but for me the facial expressions make this deck a real treasure. The expressiveness achieved in such a 'coarse' medium draws the viewer into the cards and makes this a deck with a true artistic and spiritual core.