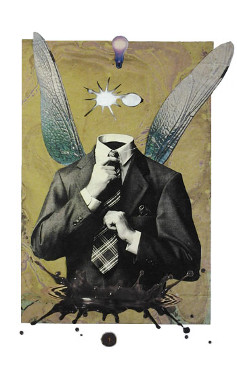 The Sunrise/Sunset Tarot is a dual set of two majors-only tarot decks, created by Italian artist Giovanni Monti. The two 22-card decks are only sold together, and can be used together or separately.


Card Images from the Sunrise/Sunset Tarot 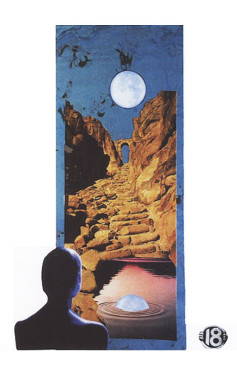 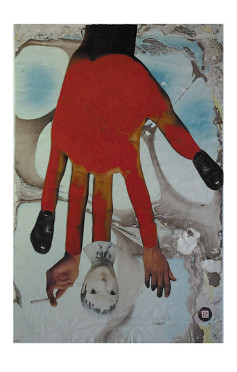 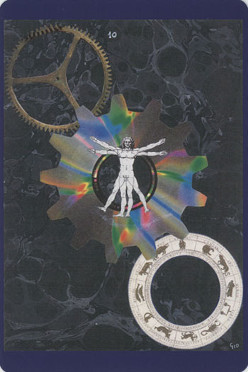 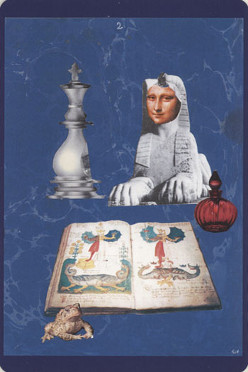 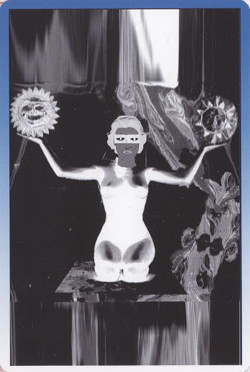 The Sunrise Tarot and Sunset Tarot decks are Major Arcana only, and are sold as a set. The decks are both shrink wrapped, and come in a cardboard box with title cards and a wax seal on the lid. This is a limited Edition set of 100, hand numbered and signed by the artist.

There is a Deluxe Version (limited to 30 sets) that come in a luxurious wooden box with title cards and a wax seal on the lid, 20 postcards, and one illustration from the Sunrise Tarot or the Sunset Tarot, hand signed by artist Giovanni Monti.

Giovanni Monti is an Italian painter, photographer and video artist who manages the exhibition space 'Fantomars' in Bologna (Italy), as well as writing a popular art blog. In the Sunrise & Sunset Tarots Monti creates a gateway into dreamtime, into hidden concerns, and into the bigger picture behind our readings. The original artworks are on permanent exhibit at the International Tarot Museum (Riola, Italy).

I have never seen two decks offered together like this. They can be used separately, or together, to give greater depth to a response. The Sunrise Tarot is defined as “ … bright, surreal collage landscapes with uneven edges, set within white borders. Each card begins to brighten one’s view until everything becomes clear, so that wisdom naturally follows perception.” The Sunset Tarot is defined as “The approach of nightfall brings attention to a hidden, mysterious nature of unknown darkness.”

As Major Arcana only decks, these cards spark with energy! When combined, they offer a reading with multiple dimensions. By their names alone, we see that they address the two times of day when the veil is the thinnest – sunrise and sunset. Thus light and shadow come into the reading. You may choose to use the Sunrise Tarot for things that are either in their beginning stages, or are being built up, and the Sunset Tarot for things that are winding down, coming to an end, or being released. The accompanying pamphlet gives the main energy for each card in both decks.

The cards are 3.75” by 5”, done on semi-gloss card stock. The backs show a black and white design, and are not reversible. (Note: The card backs are the same for both decks.) The card faces are numbered, but untitled. The card faces for the Sunrise Tarot show a white border, surrounding bright, surreal collage landscapes. The card faces for the Sunset Tarot show dark blue borders surrounding darker surreal landscapes. The art style for both decks is collage. Some of my favorite cards are:

The Magician (Sunrise Tarot) - Tools of consciousness capable of working with the light without relying solely on the mind.

The Hermit (Sunrise Tarot) - An attempt to look inwardly for clarity from surrounding sources.

The Hanged Man (Sunrise Tarot) - A perspective of the Whole creates the opportunity to join it.

The Wheel (Sunset Tarot) - The connection between the movement of stars and one’s essence.

The World (Sunset Tarot) - A triumph of exceeding the limit of what is perceived with only five senses.

This can be seen as a collector’s deck set, as a set where either one or both decks can be used to obtain wisdom, or used in conjunction with any other deck to add depth to the response. I found the cards easy to work with (and I am not generally drawn to surreal art) – and I think that you will too!

Note: The one thing that I would like to have seen that is not here are reading templates specific for these two decks.