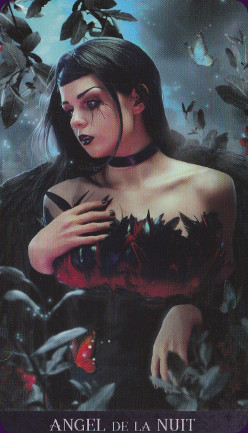 Tarot de la Nuit is a selection of 79 art pieces from a body of work by French artist Alexandra V. Bach, chosen to match the tarot archetypes. Her art is glossy and darkly romantic, with influences from modern pop culture - Game of Thrones, Vikings, Black Swan and Dracula, to name a few. 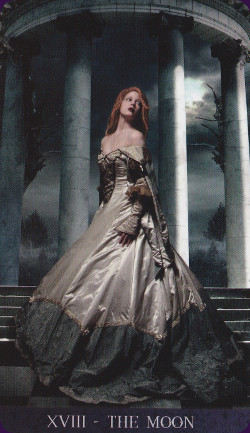 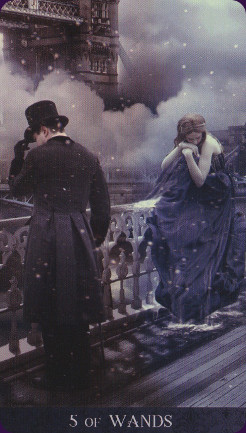 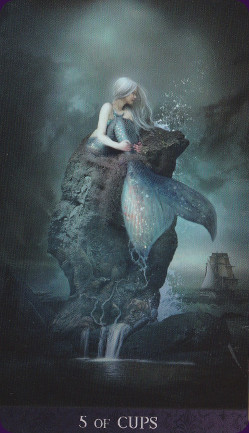 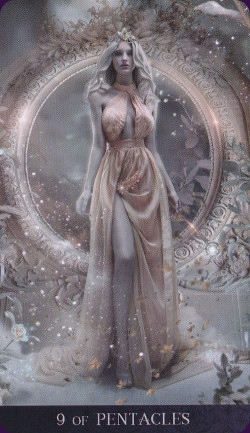 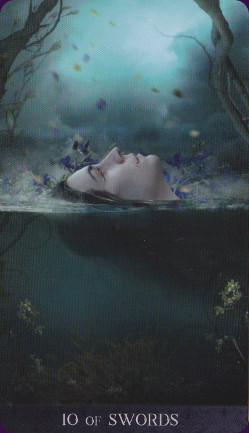 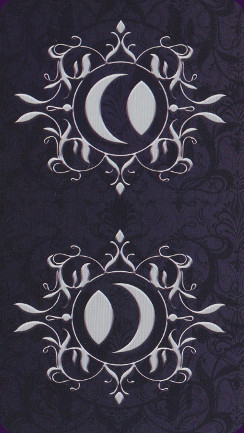 “Night is a world lit by itself.” -Antonio Porchia

The Tarot de la Nuit was inspired by the artworks of Alexandra V Bach. Bach’s vision of night is not a place of sorrow and fear, but of beauty and mystery, deep rich colours, wild magic, and poetry. This deck celebrates those whose lives are framed by the setting of the sun and the coming of dawn - our shadow selves, dark fairies, Goths, romantics, fairytale beings. The Tarot de la Nuit is all about the dark romance!

While this deck features the same construction as the Waite-Smith classic tarot, the images do not reference or echo the RWS in any way. Nor have the images in the Tarot de la Nuit been specifically created for a tarot deck; they were chosen from the artist’s large body of works, for their ability to project the essence of the card’s meaning. Many of the images reference pop culture, recalling television shows such as Game of Thrones, Vikings, Penny Dreadful, and movies such as Black Swan, and Dracula.

The Tarot de la Nuit is a 79 card, fully illustrated deck, with 23 MajorArcana and 56 Minor Arcana. The Major Arcana features both Roman numerals and RWS titles, and follows A E Waite’s ordering. There is an additional card placed at the end of the Major Arcana titled Angel de la Nuit - it has been given no divinatory meaning , so presumably it can be used as a wild card of sorts or as an all purpose significator.

The Minor Arcana is divided into four suits, cups, pentacles, wands, and swords. Each suit has 10 number cards, and 4 court cards consisting of a Page, a Knight, a Queen, and a King.

The cards measure 70x120mm, which makes them a fairly average sized Lo Scarabeo tarot deck. The card stock is light and mildly flexible, with a polished and glossy finish. They are extremely smooth and slick on the face, and have the faintest of textures on the back - which may be the result of an economy at the printers, but also facilitates smoother shuffling of the cards. This is not the sturdiest of card stock, so if you are heavy-handed or shuffle your cards with gusto the cards may become worn quite quickly. This deck has rounded corners which helps prevent the cards becoming dogeared, or chipped at the edges.

The print quality is excellent, the clarity of the images is sharp, with fine details clearly delineated. The delicate palette of subtle colours have a beautiful nocturnal glow thanks to the precise printing, with no blurry images or colour bleeds.

Any body of art that focuses its subject matter on and in the night is necessarily going to have a somewhat limited palette. However artist Alexandra Bach has made the most of those limitations and produced a series of truly glowing images. I am sure that it comes as no surprise that she has made the most of nocturnal blues and purples; she also makes the most of greys and marble whites of the world under the full moon; and aqueous teals and greens of night forests and mysterious seas.

The artwork is digitally enhanced photographic compositions. The images are romantic and delicate, beautifully framed and coloured with a keen eye for shading and impact. Rather than being a collage of disparate elements that have been layered to include as much symbolism as possible, these images have been created with an eye toward the final overall effect. the images have no borders and fit to the edges of the cards. The titles are given in plain white font on a deep purple strip across the base of the image.

The image on the back of the cards is reversible – the background is an ornate design of curls and curves in black on purple, with two silver-grey and white circular frames containing stylised crescent moons.

The cards come with a guidebook in a small, solid cardboard box with a close-fitting lift off lid. Boxes finished in glossy wrap with silver foil details on both the lid and body of the box, and features images from the Tarot de la Nuit. This box is compact enough to be slipped into a shoulder bag or backpack without taking up much room, and is sturdy enough to protect the cards and book within.

The 128 page guidebook is written in English by Carol-Anne Eschenazi, and features translations in Italian, Spanish, French, Portuguese, and Russian.

The introduction describes the inspiration behind the deck, and also details the structure of the deck. Each card, major and minor Arcana receives equal space in the guidebook. In each entry the card addresses the seeker directly and in the first person; this may include appointing out the meaning of relevant symbolism that mostly it describes the issues the querent faces, as well as recommended course(s) of action. Keywords are included as quick prompts, and a brief summary of the divinatory meaning of each card. The meanings are given for upright cards only; methods of interpreting reversed cards are not discussed.

The actual divinatory meanings themselves are fairly standard, although filtered through compassion and boundless optimism, they do not stray from generally accepted interpretations.

The Tarot de la Nuit is a gorgeous tarot deck for those who are inclined toward the darkly romantic side of the night. Its idiosyncratic images are perhaps a little too far removed from foundation decks such as the Waite-Smith, Thoth, and Marseilles decks, to be recommended for absolute beginners. However, those with a little experience in reading the tarot will find some of the symbolism and ‘narrative devices’ make this deck fairly easy to master.