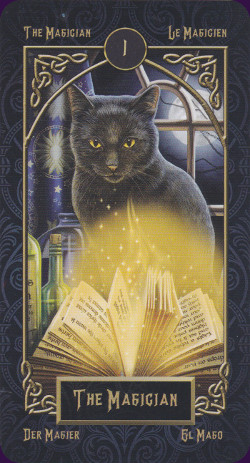 The Tarot Familiars is a 78-card deck of animals in magical settings, by wildlife artist Lisa Parker. The major arcana and court cards well characterise each animal, though sadly the minor arcana cards are unillustrated pip cards.


Card Images from the Tarot Familiars 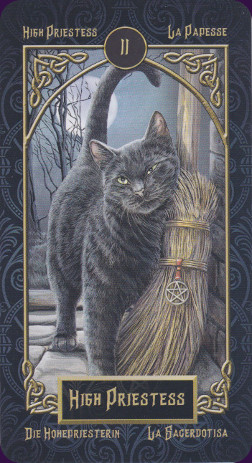 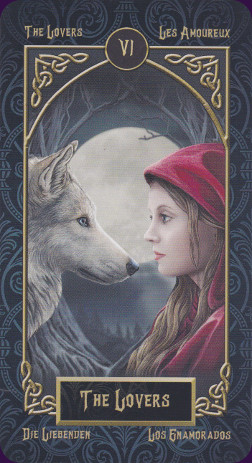 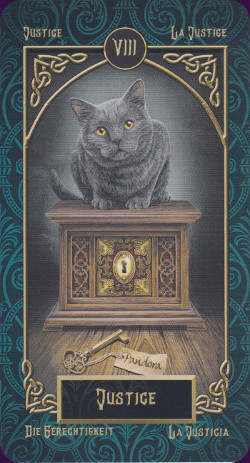 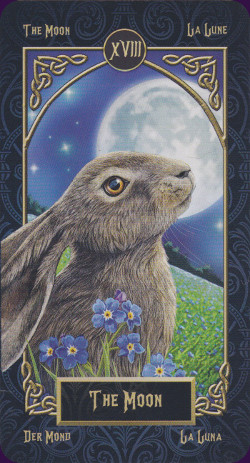 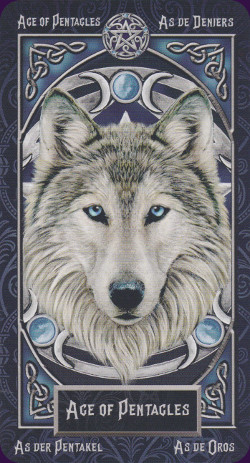 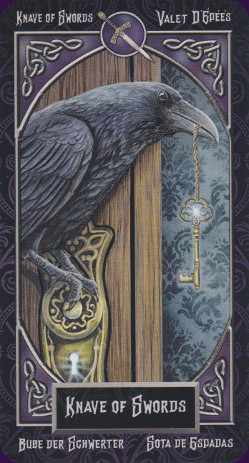 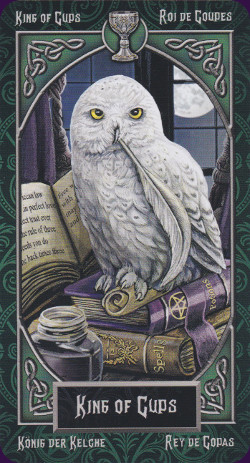 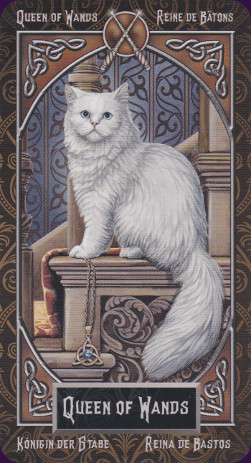 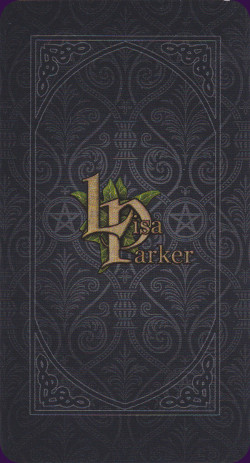 Lisa Parker is a well-known artist whose fantasy and Gothic subject matter is made her deservedly famous. Originally a wildlife artist, Parker has moved sideways, taking her love of animals into the world of magic and witchcraft, making her the ideal artist to illustrate a tarot deck of Familiars. As any good witch will tell you, the combination of animals and magic is a potent one, and a familiar, for the benefit of this review and those not in the know, is a preternaturally intelligent animal who chooses to aid (and abet) a witch in their magical workings.

This beautiful deck features images of animals in magical settings rather than performing magic, and nary a witch is to be seen. Instead we have wise-eyed cats perched atop stacks of magic books, staring into candlelight, ravens clasping pentacles, owls with scrolls. Magical tomes, crystal balls, candles, pentacles, scrolls, a ouija board and various other magical paraphernalia abounds in this deck as props and set dressing for Parker’s gorgeous animal illustrations.

This is a 78- card tarot deck with 22 Major Arcana and 56 Minor Arcana. The Minor Arcana consists of four suits, Pentacles, Cups, Swords, and Wands. Each suit has 10 number cards and 4 Court cards – Knave, Knight, Queen, and King. This is not a fully illustrated deck. In each suit, cards numbers 2 through 10 are pip-cards, while the Aces feature an image of the suit’s patron animal – Pentacles/wolves, Cups/owls, Swords/ravens, Wands/cats. The Court cards also feature the patron animals in various situations and poses.

Tarot Familiars is published by Fournier, a company whose decks have had ‘quality’ issues in the past. This deck suffers from Fournier’s bęte noire – their lack of attention to the Minor Arcana. In this case, the Aces and Court cards are attractive and well considered, however the number cards from 2 to 10 are boring cut-and-paste repetitions of a single image. It is not that they are difficult to decipher, they aren't. They are something much worse – unimaginative. I would have loved to have seen this deck fully illustrated!

Other issues which have beset past Fournier decks such as poor reproduction of images, dull colours, and a slapdash approach to the overall theme do not affect this deck. In fact, Fournier seems to have lifted their game significantly.

The cards measure 60 x 110 mm, which is a standard size for Fournier decks, and falls well within the average size for a tarot deck. They are perhaps a little slimmer and slightly shorter than many decks currently on the market but not by much. The card stock is very good, being light yet sturdy, and flexible without being flimsy. The finish on the cards is satiny smooth and low sheen which makes them very easy to handle and a real pleasure to shuffle. An added bonus of this excellent sealed finish is that these dark cards do not collect permanent fingerprints or get acid stains as some dark-coloured cards are wont to do. The print quality is superb – with glowing jewel colours, clean, crisp lines, and no misprints or colour bleeds.

Lisa Parker tends to set her scenes at night against a backdrop of moonlit skies, or in the archetypal neo-Victorian witch’s house. However, this does not mean that the cards are dark and gloomy, to the contrary there is a richness to the artist’s palette wherein black is not merely black. Parker’s images are carefully balanced so that darkness does not overwhelm the images, and her attention to detail gives great subtlety to the animals she depicts. While her style may be pithily described as commercial, there is a unique flourish to Parker's work which makes it immediately recognisable and uniquely her own.

Each image is contained within a golden-tan frame of Celtic knot work. The English language title is given in a box fitted inside the frame at the base of the image, titles in English, Spanish, French, and German are given in the four corners of the card (so, yes, you do get the English title twice). In a circle at the top of the frame the cards number or suit is depicted. Outside the frame is a border of curling Rocco design – the colours vary for each card in the Major Arcana and each suit of the Minor Arcana has a signature colour, grey-blue for Pentacles, deep green for Cups, purple for Swords, and light brown for Wands. The design on the back of the cards is the complete version of the border on the front of the cards, and the name Lisa Parker is stamped square in the middle, effectively making the design non-reversible.

The packaging is a lightweight, close-fitting cardboard box. The satin-smooth finish of the box gives this deck a beautiful presentation. It features images from the Tarot Familiars deck, as well as general information in five different languages. It is suitable for storing the cards at home, however careless handling or a rugged environment will quickly wear or damage the box.

The deck is accompanied by an 88-page pamphlet. Instructions are given in Spanish, English, French, German, and Portuguese. While not expertly translated into English, neither is it indecipherable. Each Major Arcana and Court card is given a general description as well as divinatory interpretations for both upright and reversed positions. These meanings do not stray far from commonly accepted divinatory meanings. The Minor Arcana have divinatory meanings for upright and reversed cards only, no descriptions. Also included is a short introduction involving a potted history of the tarot, and instructions for reading the cards including two 10-card layouts, and some general advice about reading the cards.

If you are a pagan or witch looking for a deck that reflects your beliefs then this is a great place to start, or if you are a Goth with a hankering for a tarot deck with a touch of magical whimsy then look no further than the Tarot Familiars. While it is not an ideal deck for beginners, anyone with a bit of familiarity with tarot reading will find this deck easy to master and a pleasure to use.