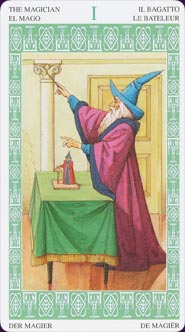 The Tarot Lenormand is the first 78-card deck based on the Mlle Lenormand oracles that were printed in the 19th century. The deck continues the Lenormand feel artistically, and has pleasant scenes of daily life and experience with a country French look.


Card Images from the Tarot Lenormand 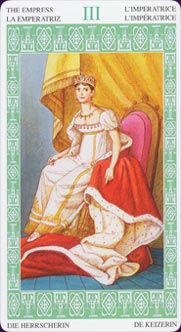 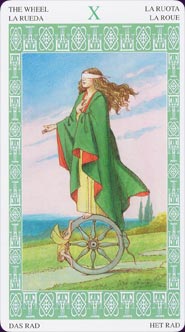 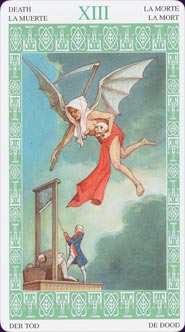 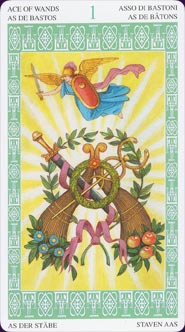 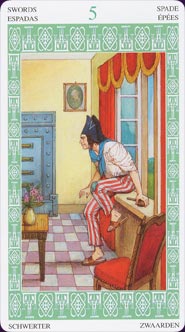 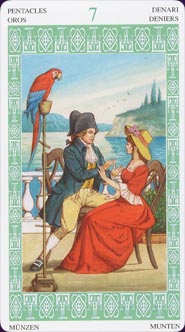 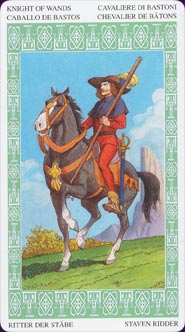 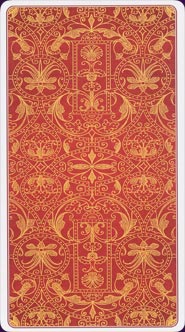 The Tarot Lenormand is a full 78-card Tarot deck that has been inspired by the Mlle. Lenormand oracle decks. Mlle. Marie Anne Lenormand was a French fortune-teller born in the mid-nineteenth century, who was famous then for being fortune-teller to Napoleon Bonaparte’s first wife. Mlle. Lenormand is better known now for the cartomantic decks that have been titled after her, even though she never made her own deck.

Illustrated by Ernest Fitzpatrick, artist of the Harmonious Tarot, visually these Tarot cards are set in the French Napoleonic era in costume and experience. The artistic style is fine and detailed, but not overly busy – there is instead a feeling of space and calm to many of the cards.

The major arcana cards are roughly based on standard tarot symbolism, but are rather more spare in appearance and prosaic in content. The Hierophant is illustrated as a Pope but without kneeling acolytes; the Hanged Man is a scarecrow dangling from the gallows by the left foot. The Devil is more traditionally biblical, appearing as a horned snake wound around the apple of tree in the Garden of Eden; an innocent looking Adam and Eve are in the background. The Star (here titled as The Stars) shows a white-bearded man looking through a telescope, his compass and calculations on the table in front of him.

The minor arcana have regular Tarot suits of Chalices, Wands, Pentacles and Swords, and court cards of Knave, Knight, Queen and King, and focus on daily and family life in the style of the era. The cards have a country feel, as though set in and around a small, well-heeled French town in the late eighteenth century. Some of the cards are quite literal – the Ace of Pentacles shows a table with jewelry, golden caskets and stacks of coins - and others are more non-traditional farming or nature scenes of bears, birds, landscapes with beautiful skies, or indoor scenes. One of my favourite cards is the Nine of Pentacles, a tranquil scene of a manicured lawn, lake with fountain and statue, large trees and expensively dressed couples in the distance, and a butterfly in the foreground.

There is a small amount of nudity in the deck, but presented in a classical or tasteful manner; for example, a child breastfeeding in the Two of Chalices, the nude Adam and Eve in the Devil, and a women rising from a grave in Judgement.

A minor problem I had with this deck (one that quite a few decks suffer from, admittedly) is lack of difference between the court cards. The Kings and Queens are not easy to tell apart through their dress, background or activity, without looking at the titles. They have minor differences, but apart from their suit emblems could be virtually interchangeable. Some of the minor-arcana illustrations also make radical departures from what I know as standard meanings – the Three of Pentacles is here associated with conflict and the Two of Pentacles, nostalgia, and most oddly, the Three of Swords is hope, optimism and good omens (?).

The companion booklet is a typical one from Lo Scarabeo, with limited space for the introduction to the deck; upright and reversed meanings for the cards (though, confusingly, reversed is labeled ‘U’ for upside-down); and a divining spread called the Gypsy Method. The meanings are straightforward, practical divinatory meanings, as befits a deck based on the Mlle. Lenormand style. For example:

5 of Swords. Pushiness. Intrusion into private matters. Violation of privacy. Serious interference. U: offence. Possibility of being robbed or tricked.

The Tarot Lenormand is a deck for questions of daily life, family, close relationships, work -– for experiential situations rather than spiritual ones. It isn’t the best for beginners or serious study due to the departure from standard symbolism, but it’s a pleasant reading deck. The cards are also rather pretty and non-confronting, so could also be useful for readings for the general public.