The Tarot of Inspiration is an 85-card tarot deck based on select choices from 400 years of masterworks of art and painting. The deck has 23 majors, 60 minors, and two extras - the Happy Monkey and Tabula Rasa.

Card Images from the Tarot of Inspiration 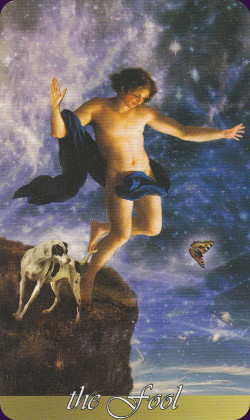 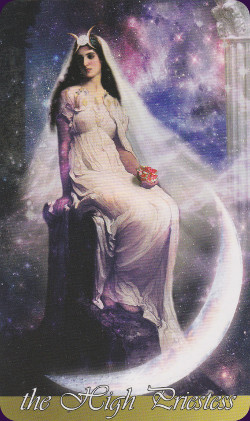 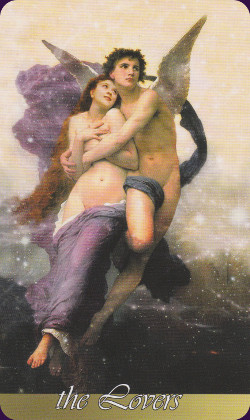 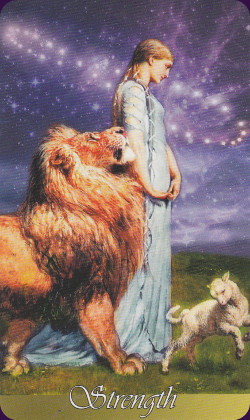 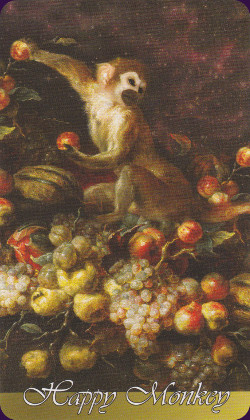 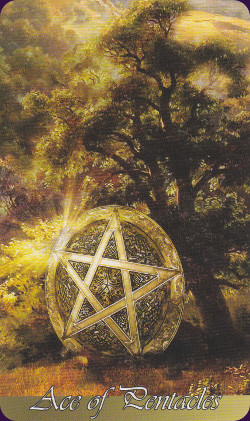 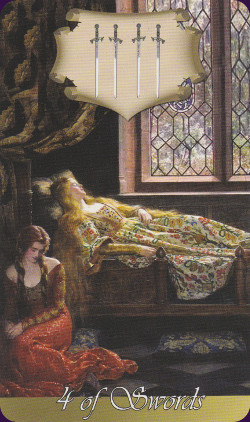 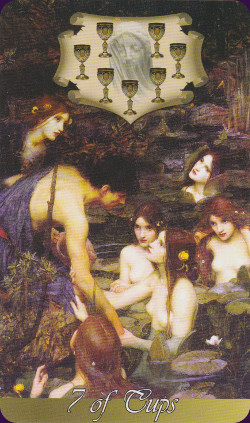 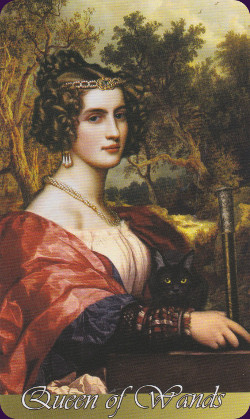 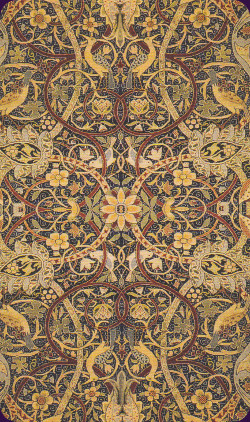 Tarot of Inspiration Review by medusawink

Art is one of the great sources of inspiration to humanity, and conversely inspiration is the cause of great art. The Tarot Of Inspiration takes its lead from 400 years of magnificent paintings, showcasing masterworks of Baroque, Rococo, Neoclassical, Romanticism, Academic, Pre-Raphaelite, and Realist art to dazzling effect.

This is an 85 card deck, it has 23 Major Arcana, 60 Minor Arcana, and 2 additional cards - The Happy Monkey, and Tabula Rasa. The Major Arcana is for the most part conventional, it has standard titles and it follows A E Waite’s ordering. It does however had two versions of The Lovers; one version shows the classic *choice* scenario - a man chooses between two women, the other version of shows a loving couple, where the choice has obviously been made. The Minor Arcana has four suits – Pentacles, Wands, Swords, and Cups. Each suit has 10 number cards and 5 court cards – Page, Princess, Knight, Queen, and King. The Happy Monkey card represents "unexpected pleasant coincidence that needs to be used wisely to avoid unintended consequences". Tabula Rasa represents the idea of an indeterminate future, and information which is yet to be revealed.

The cards measure 75 x 125 mm, which makes it a fairly standard sized tarot deck. The card stock is quite sturdy, yet it is also light and flexible with a smooth, low sheen finish. The deck has a nice weight to it, and it sits comfortably in one's hands. It is easy to handle and shuffle. The print quality is very good, with clean crisp lines, and excellent reproduction of a broad range of gorgeous colours and textures. The images feature digitally altered art comprising of masterpiece paintings, some collaged, some in close-up, others having had their context altered with new backgrounds - frequently featuring spangly night skies and cosmic nebulae. The images have uniformly been chosen for their richness of detail and depth of colour. Given the broad swathe of art history depicted in this deck, there is considerable variety in artistic style from intensely realistic, sweetly romantic to strongly stylised and highly idealised.

The images on these cards reach to the edge of three sides, the base of the cards have a narrow strip in nondescript brown which backgrounds the cards’ title – these are given in an elegant white font, In English. The cards are not numbered. The design on the back of the card is a complex William Morris pattern of interlocking swirls and circles featuring woodland life – it is reversible.

The cards come packaged in a close-fitting cardboard box, with a smooth, satiny finish. The box is printed with artwork from the deck, and publisher’s information in Russian. This box can easily be slipped into a bag or backpack. The packaging will protect the deck, however rough treatment and heavy handling will damage it.

The 93 page a little white book features instructions in both Russian and English. The English instruction gives quite a lot of information for each card including: Keyword – a tight summary of the cards meaning, Person – who's this card may represent in a reading, Relations – what this card may represent in a relationship reading, Shadow Meaning – a card in an upright position surrounded by negative cards acquires this meaning, Reversed Position – when a card appears in a reading with its picture upside down the meeting is altered, but not necessarily to the negative.

Two divinatory layouts are included, the Artist’s Workshop – a 12 card layout to help the Seeker discover and actualise goals; and the 16 card Wings of Pegasus layout, a multipurpose spread for personality analysis, identification of goals, and personal development.

This is a well thought out and beautifully designed tarot deck featuring some of the most gorgeous artwork of the last 500 years. If you are an art fan then you must see this deck. If you are looking for a sumptuous and beautiful deck then you can't go past the Tarot Of Inspiration. This deck is not recommend for beginners, simply because it does not feature standard tarot symbolism but rather relies on one's familiarity with the standard tarot images and an ability to connect them to the clever allusions made in these cards. However if you consider yourself past the novice stage then you will undoubtedly be able to use these cards with ease. It is indeed an inspiring deck, and a pleasure to use.


Buy from Yarasvera.ru
[an error occurred while processing this directive]

Similar Decks to Tarot of Inspiration