Tarot of the Golden Calf 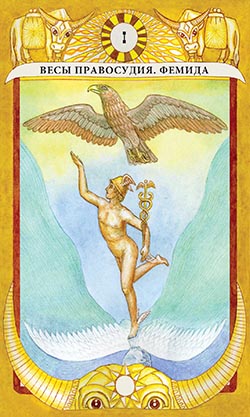 The Tarot of the Golden Calf is a 79-card Russian deck created for financial questions around money, business, wages and investments. It's illustrated with figures from Greek, Roman and Biblical stories as well as literary tales.


Card Images from the Tarot of the Golden Calf 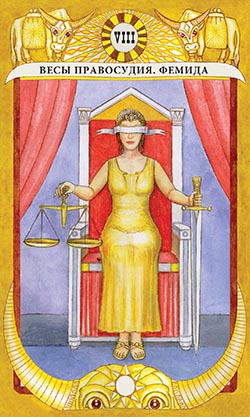 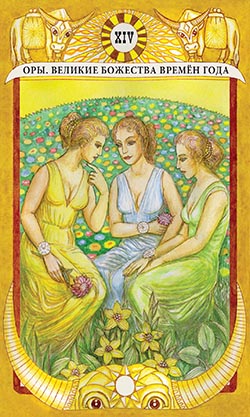 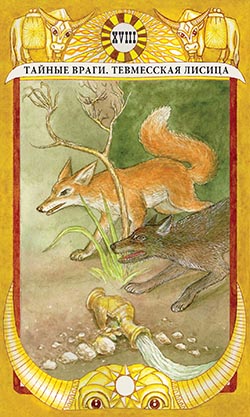 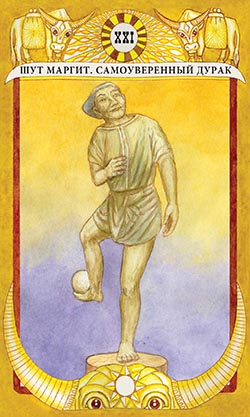 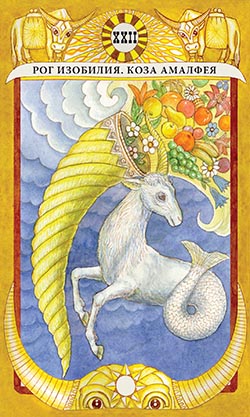 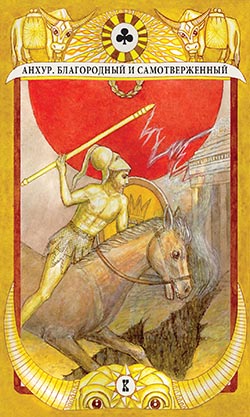 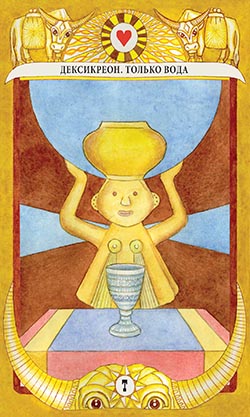 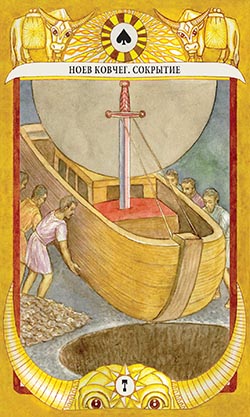 Tarot of the Golden Calf Review by medusawink

The Tarot of the Golden calf is an unusual deck from Russia which has been created with a primary function in addressing financial issues including business, money, wages, and investments. The deck features and various mythological figures from Greek, Roman, and biblical stories as well as literary tales.

This is a 79 card deck – with 23 Major Arcana cards and 56 Minor Arcana cards. The Minor Arcana has 4 suits of 14 cards each, 10 number cards and 4 Court cards –King, Queen, Knight, and Page. Because these cards are titled exclusively in Russian/Cyrillic it is hard to know if these cards feature the same characters as a ‘standard' tarot deck however one may presume that they are intended to parallel standard tarots, given that many cards of feature readily recognisable figures. Hermes with his caduceus is most likely The Magician, Blind Justice is instantly recognisable, as is The Devil. Mythological figures appearing in the deck include Hecate, the Muses/Graces, the garden of the Hesperides, Pandora, and Jason and the golden fleece. Other figures seem familiar but remain tantalisingly out of reach (due to language constraints).

This deck measures the 25 x 125 mm – which makes it a fairly average sized tarot deck. The card stock is good, it is scary yet light and flexible, with a smooth, low sheen finish. The cards have a comfortable weight to them and sit nicely in the hands. They are easy to handle and shuffle. The print quality is good – it preserves the textures and subtleties of the illustrations. There is no blurriness, no misprints, the lines are clean and crisp.

The artwork is a somewhat naive in execution, being neither totally amateurish nor glossily professional – but this maybe an intentional affectation. The artist’s palette is dictated by the artist’s mediums – coloured pencil, watercolour, and inks. Overall the colours are muted and fairly delicate, with occasional highlights in bright reds and yellows. Each card has a number in a disk at the top of the card, and a title, in Cyrillic, on a narrow a banner directly above the main picture. Each image features an elaborate frame; the main illustration rests atop the horns and upper head of the Golden Calf, above the illustration stand two smaller calves with purses for bodies, and a radiant sun between them. The illustration on the back of the cards - two golden bulls facing each other, on a yellow and green background - is reversible.

The cards come packaged in a close fitting lightweight cardboard box. It features illustrations from the Tarot of the Golden Calf, as well as publisher’s information. The box will easily fit into a bag or backpack, but it will not withstand rough treatment and heavy handling without sustaining damage.

The 93 page little white book it Is written completely in Russian, so if you can read this then there is a lot of information it to be had, Including several unusual tarot layouts.

This is an intriguing deck which can be used as a ‘regular’ tarot deck - more or less. It would be really interesting to read a translation of the instructions and see how the cards function, given their specific purpose. These cards are not recommended for novice readers, and an experienced tarot reader would most likely be able to use them as a regular tarot deck. Fascinating.


Complete Details of Tarot of the Golden Calf


Similar Decks to Tarot of the Golden Calf