Tarot of the Sacred Feminine 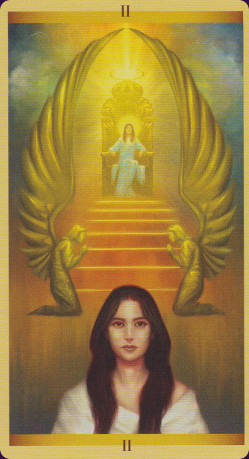 The Tarot of the Sacred Feminine celebrates the mystery, legend and power of women and the female divinity. The major arcana feature individual goddesses, while the minor arcana suits are linked with the phases of the moon and certain cultures: Mesopotamia and Egypt (Wands), Hebrews and Christians (Chalices), Greeks and Romans (Swords) and the Celts (Pentacles).


Card Images from the Tarot of the Sacred Feminine 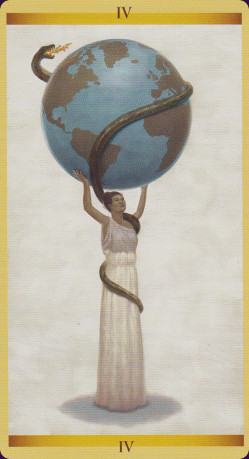 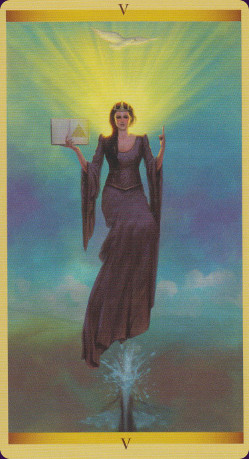 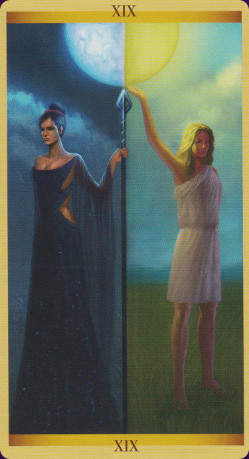 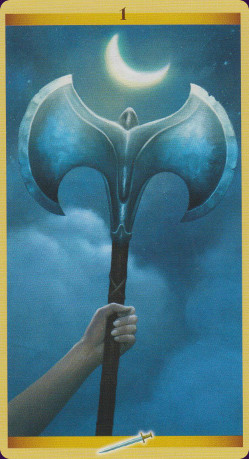 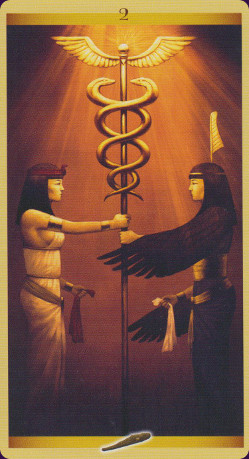 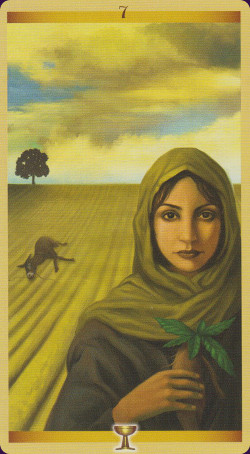 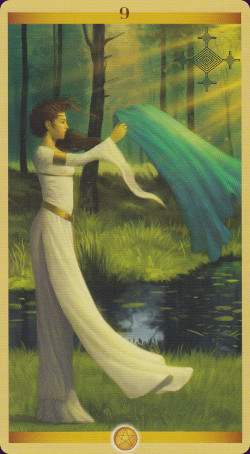 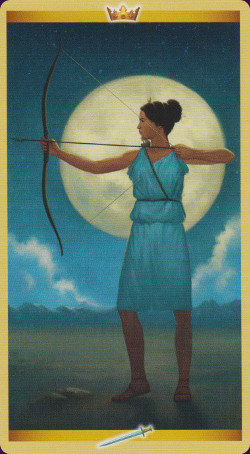 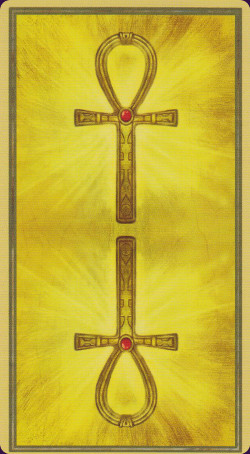 Tarot of the Sacred Feminine Review by Barbora Waterhouse

The majority of the cards are various sacred feminine figures in history, mythology and legends, others are not. The Major Arcana draw attention to various individual goddesses. The Minor suits are associated with the phases of the Moon and certain peoples. The crescent Moon and the people of Mesopotamia, Egypt, Arabia, and Tibet feature in the Wands suit. The Chalices (Cups) feature the full Moon and the peoples associated with Hebrew and Christianity. The Waning Moon and the Greeks and Romans are linked to the suit of Swords. The New Moon and the Celts feature in the Pentacles.

The Tarot of Sacred Feminine currently comes with two additional cards. A special tarot invitation for a 15% discount for the first year of membership to the Tarot Association. The other card has the deck title written in the six featured languages. The back of the card is identical to the remainder of the deck and so could be used as a spare if it was ever needed.

The deck contains 78 cards. The card size is 66 mm X 120 mm. The cards are not too large and so easy for shuffling, even with my small hands. The back of the cards are reversible with two mirror-imaged feminine symbols in gold with a light golden background. The backs contain a thin darker gold border. The front of the cards have a light lemon gentle border, with a solid darker gold line on the top and bottom. The Major Arcana have Roman numerals on the top and bottom of the card. There are no titles on the Major Arcana cards. The Minor Arcana have the numerical digit at the top and the symbol for the suit at the bottom (Knave-Helmet, Knight-Chess knight, Queen-Crown and King-Crown). The cards do contain some nudity.

Tarot of Sacred Feminine is a non Rider-Waite Smith (RWS) deck. Some of the cards are loosely based on RWS, for example the 5 of Pentacles depicts the Germanic pilgrim, Perchta, guiding a procession of children through the snow. Some of the cards are not given a specific sacred persona. For example, The Devil card, the Little White Book(LWB) does not explain who the lady holding the mask is, or her association to the Sacred Feminine.

The Little White Book (LWB) is a typical Lo Scarabeo version. It contains six languages, so all information is extremely basic and brief. A major problem is that the information in the book about the Strength card and Justice card has been incorrectly switched, and so Justice is labelled as VIII, this does not correspond to the XI on the actual card. Some of the meanings are obscure. I believe some of the problems are to do with the translation of the original Italian to English. The meanings, especially, are sometimes unclear. This is the Tarot of the Sacred Feminine LWB’s meaning for the Moon card;

“Woman is the Moon, in its three phases, but also the earth and its seasons, which are the seasons of life”

The cards look exquisite in a spread. The illustrations are beautiful, and look stunning when the cards are laid out in a spread. The card illustrations draw you in and so are also great for meditation. I have used this deck mainly for personal reading and meditations. I like the soft border that the Tarot of Sacred Feminine have. I enjoyed using the internet to search for more information about some of the Sacred Feminine figures portrayed in the deck. I then meditate on the card.

I think that this deck alone would be good for beginner Tarot readers, they would need to use additional resources from books or the internet into the meanings of the cards. Tarot of Sacred Feminine connects with such a wide range of cultures and peoples, Readers would have to have a very broad understanding and perhaps, a desire to learn. Tarot of Sacred Feminine would suit Readers who enjoy History, mythology and legends from a feminine perspective. I enjoy History, myths and legends and so this deck fascinates me. With such beautiful illustrations, the deck would also appeal to deck collectors.

I had first seen this deck in my local book shop about six months ago, and had thought about purchasing it a number of times. I found the illustrations are much prettier than I had seen online. Instantly I knew that this would be a deck that I would use often. I was disappointed with the information that the LWB gave on each card. I think that a companion book would give this deck a wider audience. Additional information about the women portrayed in the Tarot of Sacred Feminine would enhance the experience.

I really enjoy using these cards. I enjoy learning, so I like finding additional information on the women featured in the Tarot of Sacred Feminine. For me, the deck is one that requires some work to form a great partnership, however it can also be used straight away. The illustrations are simply gorgeous, even if not all are linked to the Sacred Feminine. This is a wonderful deck for all Readers wanting to work with divine femininity.


Complete Details of Tarot of the Sacred Feminine


Similar Decks to Tarot of the Sacred Feminine