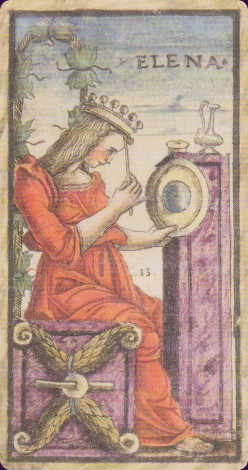 Tarot Sola Busca is a careful reproduction of the 15th century tarot deck, which was the earliest deck to have 78 fully illustrated scenic cards. This is a very high quality, limited edition set from Lo Scarabeo in their Anima Antiqua series. 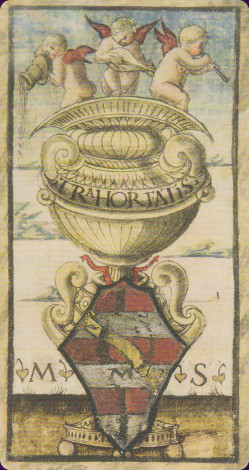 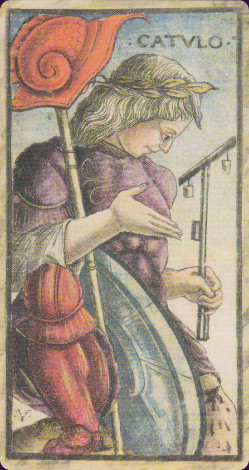 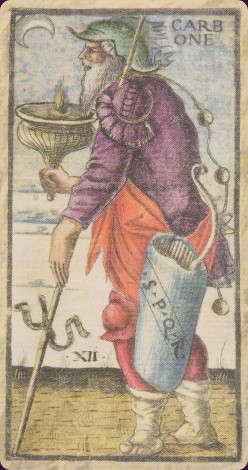 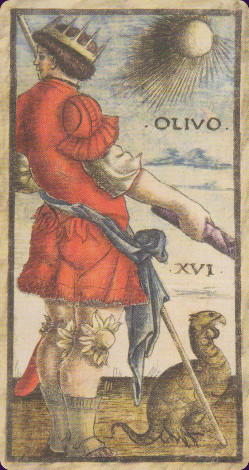 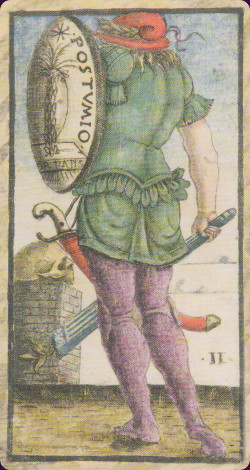 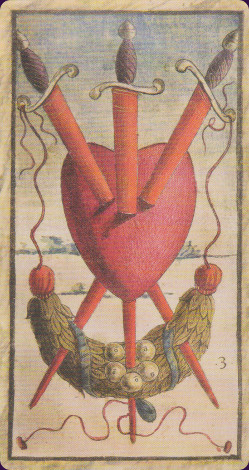 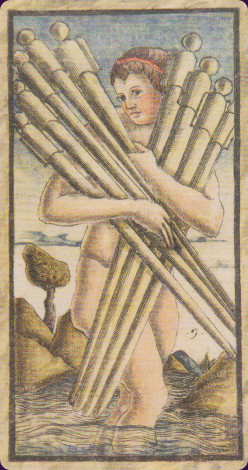 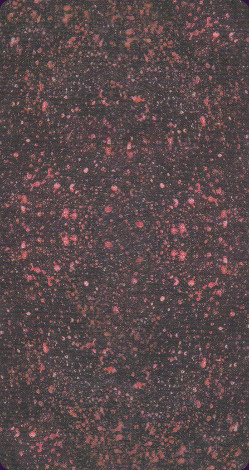 The Sola Busca Tarot was created in Italy in the late 15th century, by an unknown artist stop it takes its name from the Sola-Busca family of Milan, who for a long time possessed the only known copy of the deck. In 1907 a set of photographs of the complete Sola Busca Tarot came into the possession of the British Museum. These images were undoubtedly seen by Arthur Edward Waite and Pamela Coleman Smith, and had a profound influence on the structure and imagery of the Waite Smith deck.

Studies have revealed that the deck’s images have been created through copper engraving techniques, and later coloured in tempera. Some of the original images featured highlights in silver and gold, particularly on shields and coats of arms. These coat-of-arms devices may have referenced the family that commissioned the deck, as they are specific to the Veniers family from Venice. Other incomplete decks exist in various European museums, however they are engravings only, and have not been coloured. The deck used for the Lo Scarabeo facsimile Sola Busca is a 19th century precise copy of the original deck, made by an unknown artist, which is now part of a private collection.

While these images, particularly those of the Minor Arcana, have had profound influence on the illustration of many contemporary tarot decks, the Major Arcana is significantly different to the one we know today. The Sola Busca Major Arcana depicts figures from Roman history as well as 2 biblical personae. While the cards feature Roman numerals which indicate their position in the Arcana, the images do not necessarily reference the same meanings which are ascribed to the Major Arcana which we use today. While some details line up with current imagery (and corollaries can be drawn), others are a long way from the familiar images of more recent tarots (including the Tarot de Marseilles and RWS deck). Exactly what the divinatory meanings of these cards was intended to be has been lost to history. If we accept A E Waite’s divinatory meanings as being grounded in thorough research as well as occult knowledge then we can guess at the divinatory meanings of many of the Minor Arcana cards. Inevitably, in order to use this deck, we will have to impose commonly accepted divinatory meanings on these images.

This is a numbered, limited edition, fully illustrated 78 card tarot deck. It has 22 major Arcana and 56 Minor Arcana. The Minor Arcana is divided into 4 suits – Cups or Chalices, Coins, Batons or Clubs, and Swords. Each suit has 10 number cards and 4 Court cards – a Page or Knave, Knight, Queen, and King.

The Major Arcana cards are ordered by Roman numerals and each card has a title which names the person depicted in the illustration. The suits of the Minor Arcana feature Arabic numbers from 1 to 14 – somewhat unusually the Court cards are also numbered(11-14). Each card from 1 to 10 depicts the corresponding number of suit symbols, so there are 10 cups shown on the 10 of Cups etc.

The cards measure 77 x 145 mm which makes them considerably larger, in length if not breadth, than most commercially produced decks. Their size does not make them notably difficult to handle and their smooth, low sheen finish makes them extremely easy to shuffle.

The card stock is excellent, it is sturdy but not particularly heavy, and flexible without being flimsy. It should be noted that Lo Scarabeo has gone to some lengths to preserve the texture of the cards, which has necessitated them remaining untreated with chemical varnish, and while the cards are indeed easy to handle and shuffle, in the long run this may result in damage to the cards from frequent handling.

The print quality is outstanding – it preserves the fine details and delicate colouring in clean, crisp images, without blurring, colour bleeds or other misprints. The artist's palette was necessarily constrained by the availability of materials of the era, and the colours may have faded with the passage of time, giving the images the patina of age. The colours of this deck appear as though faded by the bright Mediterranean sun – worn, inky blues, sepia, grape purple, aqua, khaki, apple red, and dove grey.

Each image has a faded black frame which hems it, in and a narrow stucco coloured border. The image on the back of the cards – small red splatters on a black background – is rather unimaginative, but also fairly innocuous. Technically speaking it is not reversible, however the design is so indistinct that one would scarcely notice whether the cards were reversed or not.

The cards that come packaged in a solid cardboard box with a lift-off lid. The box has a linen texture finish and features images from the Sola Busca Tarot, as well as the deck’s title and the publisher’s details and imprint. Because this edition is limited to 2999 copies, a title card is included which features the name of the deck, publisher’s information, and the deck number prominently displayed on a faux seal.

The 32-page booklet included with this deck gives information in English, Italian, Spanish, French, Portuguese, Russian, and Chinese. It is not intended it to be a guidebook and as such has no card descriptions or divinatory meanings, nor any card layouts. Instead it gives a brief history of the origins of the Sola Busca Tarot, as well as the titles of the Major Arcana cards.

This beautifully presented deck is a must for tarot card collectors and enthusiasts. If you are interested in the origins of the tarot then the Tarocchi Sola Busca is an absolute revelation. If you are looking for a deck that has genuine historical imagery this is it! Any way you cut it this deck will add value to your collection. It is impressive, intriguing, and charming.