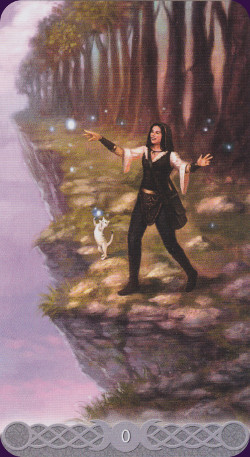 The Triple Goddess Tarot is inspired by the energies of the feminine divine, the cycles of the moon, and the life cycle journey of the Maiden, Mother and Crone. The 79 cards (there are two Fool variations) are borderless and have a spare, mystical quality. 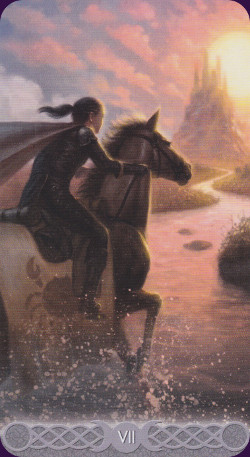 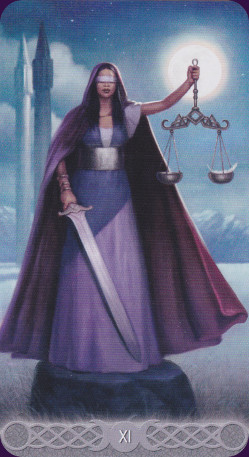 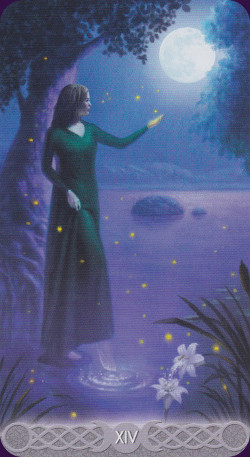 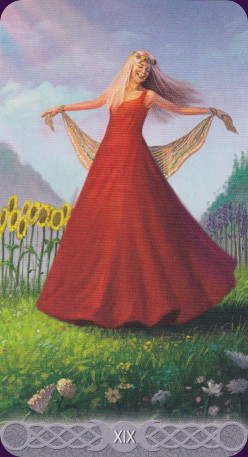 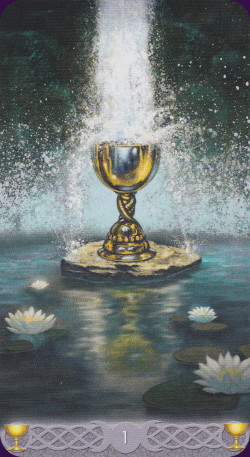 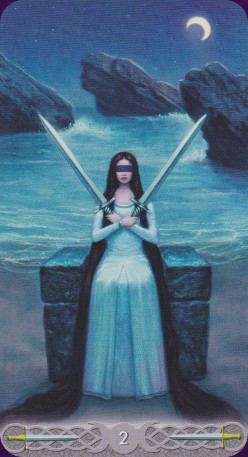 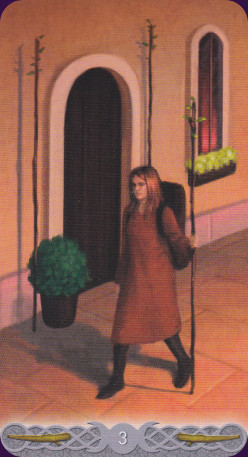 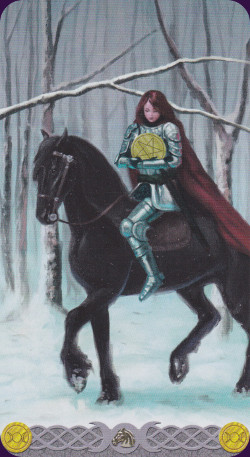 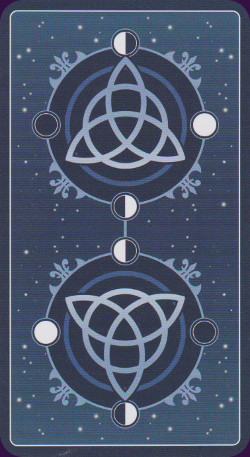 The Triple Goddess Tarot Has Been Created To Allow The Seeker To Communicate With And Receive Wisdom From The Divine Goddess In Her Tri-Form State Of Maid, Mother, and Crone. In this deck, The Fool represents the Seeker who makes the life spanning sojourn from youth to old age, through the end process and into reincarnation, as part of the classic Fool’s Journey through the Major Arcana.

The first seven cards of the Major Arcana depict the trials of the Maiden as she moves from her first days of burgeoning adulthood into the wider world of The Mother. The second cycle of seven cards illustrate the challenges of motherhood – recognising the cycles of nature, making mature decisions, taking responsibility, and letting go are all part of this time. The final seven cards show the path from elder-status to death, and beyond that re-entry into the world. This is a cycle of wisdom, of teaching, of peace, of endings, and of rebirth.

The Minor Arcana is informed by Eliphas Lévi's Four Powers of the Sphinx – To Know, To Dare, To Will, and to Keep Silent. The Minor Arcana consists of 4 suits of 14 cards each – 10 number cards and 4 Court cards. The Courts are Student/Page, Knight, Queen, and Elder/King (Elders are all female). The suit of swords embodies the concept of To Know; Cups - To Dare; Wands – To Will; and Pentacles – To Keep Silent.

It should be noted here that none of the cards possess titles, Major Arcana feature Roman numerals, the Minor Arcana has Arabic numerals, and the Court cards are denoted by small symbols of helmet, horse head, fine crown, and heavy crown beneath the main image.

The cards measure 65 x 118 mm which is a fairly average size for tarot decks – being neither too long nor too broad to sit comfortably in the hands. Lo Scarabeo cards in general are printed on wonderful cardstock and the Triple Goddess tarot is no exception. The stock is light yet sturdy, and flexible without being fragile or flimsy. The finish is low-sheen, smooth and satiny - this makes them easy to handle, the cards do not clump or stick together as some glossy cards do, and they slide easily when shuffled.

The print quality is very good – the images are clear, the colours clean, and there are no misprints. The artist, Franco Rivolli, has used a natural palette aimed at realistic depictions – however the colours are sombre and occasionally murky. The artwork is of the sort favoured by Lo Scarbeo – a sort of hybrid of Socialist Realism meets Impressionism by way of the new age. The artist is clearly competent – all the images are painted (acrylics, I’m guessing) and there is the tell-tale blurriness that indicates digital manipulation as well. Some images are really quite gorgeous while others seem to be hurriedly put together – their backgrounds tend to be sparse and foregrounds lack for detail – so there are noticeable discrepancies in the quality of the images.

The cards are borderless on three sides, with a patterned grey strip at the bottom which features numbers or Court card symbols at the centre, and suit symbols on either side. The image on the back of the cards features a mirror image of triquetras surrounded by small circles representing phases of the moon, on a background of starry skies.

The cards come packaged in a close-fitting, lightweight cardboard box. It has a glossy finish and features images from the deck. While this packaging is adequate to store the cards safely at home it will not withstand rough or careless handling without sustaining considerable wear and tear.

The introduction is brief and outlines the purpose of the deck and its notable features. This is followed by a listing of the divinatory meanings for each card – the information here guides the Seeker along spiritual lines and the advice given is generally positive and compassionate. Interpretations for fortune telling a given as keywords and phrases, in italics. They do not depart noticeably from traditional divinatory meanings.

This is followed by advice on how to use the cards for the best results; how to phrase a question, how to shuffle the cards, and how to lay the cards out for a reading. A three card draw entitled the Triple Goddess Spread is included here.

If you like tarot decks which embrace the path of Wicca, witchcraft, and paganism in general then this deck will have a lot of appeal for you. It is well thought out and certainly addresses the fundamental needs of these spiritual paths. If you are looking for a tarot deck which has a broad pagan application then the Triple Goddess Tarot will certainly go a long way to addressing your needs.

While not all of its images reference the traditional Rider Waite Smith tarot, many of them have a strong foundation in this classic deck. It may not be a suitable tarot for a complete novice, however once the fundamentals are mastered the Triple Goddess Tarot would be a fine deck for ongoing learning. Of course, tarot adepts will have no problems using this deck. Lo Scarabeo has raised the bar when it comes to progressive tarot and this deck does not disappoint.