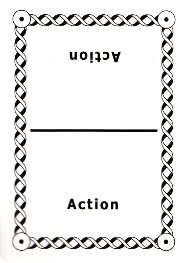 The Ultimate Oracle is a very stripped down 44-card deck of duality and opposites. Half the cards are black with a keyword in white, the other half the reverse. It's designed to be a deck of observations, insights and possibilities and a guide to your life.


Card Images from the Ultimate Oracle 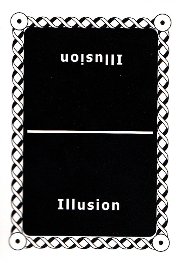 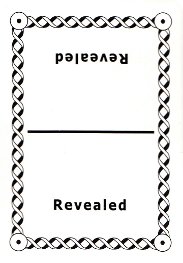 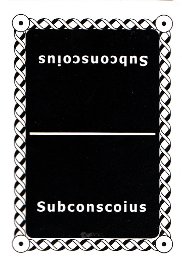 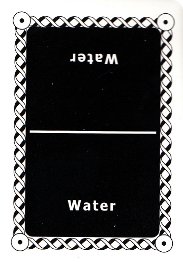 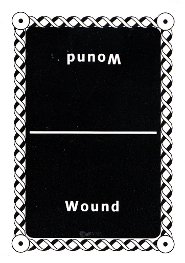 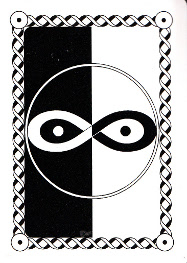 What is the Ultimate Oracle?

We have created the Ultimate Oracle deck to be a guide, with simple words, to your life.

Since Life is duality, this deck depicts the opposites and differences of life that everyone encounters; it can help you to discern and distinguish the commonalities that exist in those differences. Sometimes people get confused about what choices to make; sometimes people seek clarity about a situation; sometimes people just want to know what’s up.

This is a deck of observations, insights, and possibilities. It is NOT a deck of judgment, prophecy, or telling you what to do. You were born with free will; we strongly encourage you to use it.

Sue Wilhite, Michael Bisbiglia (From the back of the guidebook.)

I loved this set (cards and guidebook) from the moment I saw them! Why would that be? They come in a beautiful silver satin pouch – quite stunning! This is a very simple black and white deck – there are 44 cards total, 22 black and 22 white, accompanied by an 86 page guidebook. The back of the cards shows a Ľ” white border, followed by an inner border, with white circles at each corner, with a black dot in the center. Inside the border the left hand side is black, the right hand side is white. In the middle is a slender white circle. Inside the circle is an infinity symbol – black on the white side, white on the black side. There is a small white circle in the middle of the left side of the infinity symbol, with a black circle in the middle of the right hand side of the infinity symbol. The backs are reversible.

The card faces show the same white border, and inside border. The centers are divided in two, with the same word printed on each side of the card, in a mirror effect. The text is white against the black background, with black against the white background.

In the forward the authors note that they are using words to invoke profound spiritual truths; words that will help the reader to understand themselves and their life situation. They also discuss the vibrational effect of words – something that is far greater than the meaning or connotation would suggest.

The book and deck are all about duality, depicting the opposites and differences that everyone encounters in life. The words in this deck are presented as pairs – one in the white deck, the other in the black deck. Above all – this is a channeled deck that is meant to bring clarity to life issues. The cards are as follows:


The black cards represent your shadow side, which the authors roughly associate with Yin from Traditional Chinese Medicine. They ask you to look beneath the obvious. From the book: “Shadows give us reference points, so we can understand where we are and where we are going.”

The guidebook gives suggestions on how to read the cards – drawing them consciously, at random, one or two cards readings, and six or twelve card readings (based on past/present/future). Each card is presented with text only, giving the positive attributes, challenges, and opposite card. At the end of the guidebook are final words on using the cards, where to order them, workshops and classes, and being certified within the Ultimate Oracle system.

“Action” talks about acting on opportunity, and expression in the material world. The challenge is being heavy handed and forcing things. The opposite is “Imagination”.

The black Void card says there is no answer at this time. Amongst the challenges is loss of identity. The opposite is the white Void.

The white Void tells us that we already know the answer. Amongst the challenges is sensory overload. The opposite is the black Void.

“Revealed” talks about discovery and answers. Amongst the challenges is revealing too much. the opposite is “Mystery”.

“Water” talks about going with the flow. Amongst the challenges is depression and swimming against the current. The opposite is “Fire”.

“Subconscious” talks about beliefs that support you, and the protective child within. Amongst the challenges are beliefs that don’t serve you. The opposite is “Conscious”.

“Reality” talks about something that is within your reach. Amongst the challenges having to take responsibility. The opposite is “Illusion”.

“Illusion” talks about what you don’t see, you can’t focus on. Amongst the challenges is being out of touch. The opposite is “Reality”.

I love the concept within this deck. I question some of the “opposites”, but accept that they were channeled, and are presented in this manner for a reason. I did several readings with the cards, and found them to be on target. If you want to expand your knowledge of yourself, this deck is a very empowering tool.