The Visual Zodiac is a 78-card oracle deck that illustrates all possible combinations of astrological signs and the zodiac. Although the structure is based on astrology rather than tarot, it can be used as a divinatory tool. The deck is complete, and seeking a publisher.


Card Images from the Visual Zodiac 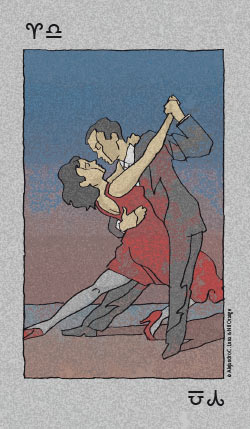 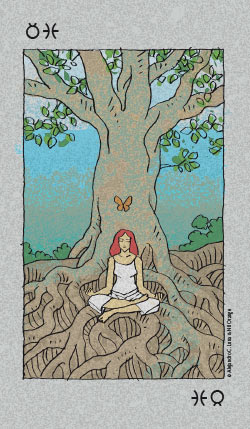 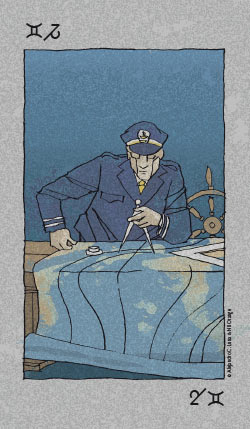 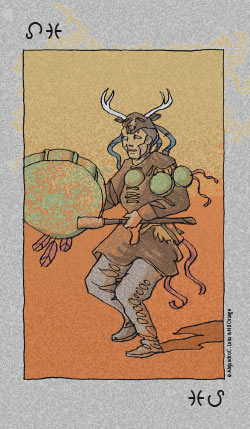 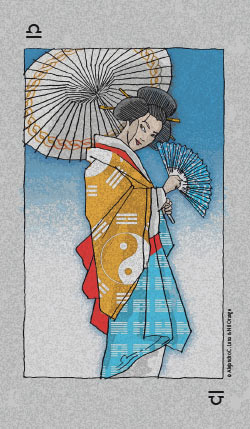 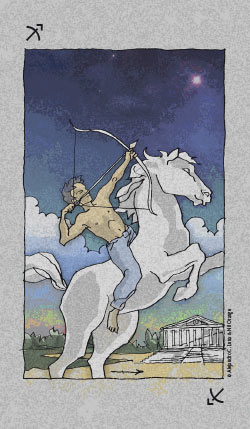 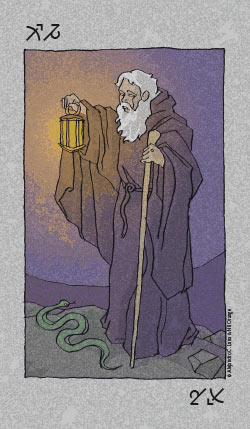 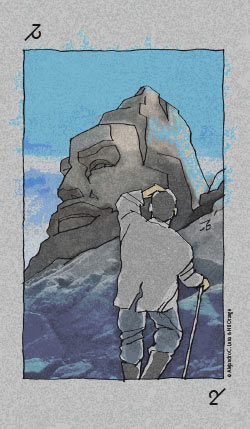 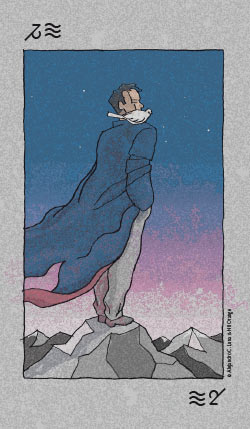 If it's got 78 cards, it must be a tarot deck, right? Well, maybe not. Despite the number, the Visual Zodiac oracle is based not on tarot but on astrology. By an intriguing coincidence it works out to be the same number of cards as a tarot. The first twelve cards are each assigned a sign of the zodiac. The rest of the cards each get two signs. All possible combinations are covered, and this is what gives us 78.

The art is atmospheric, minimalist, and evocative. It's a simple style that conveys a lot of emotion, and expresses clearly the personality types of the zodiac. There's some clever takes on the individual signs: a circus ringmaster for Leo, a magician of dark arts for Scorpio, a court jester for Aquarius. But in the combinations of signs the creativity of the artists really shines. On the Aries/Gemini card, two people are in a heated debate after a car accident, but they are identical twins. On the Taurus/Pisces card, someone sits on the ground, under a tree, meditating. The Leo/Libra card shows someone kissing his own face in a mirror. And Gemini/Pisces shows a tarot reader.

The cards have no words on them. There are no keywords or phrases, no names of goddesses or angels. The only notations are the astrological symbols. According to the deck's creators, the deck is intended for astrology professionals and students. A familiarity with at least the basics of astrology would help very much to appreciate and use the deck. So would the use of our wits and our hunches.

Using our hunches seems to be the best way to go with this oracle, for the Visual Zodiac is aptly named. It's 78 pictures of personality, endeavor, thought, activity, and opinion in visual form. We need to feel our way around this deck, as we look at these pictures which suggest, imply, and insinuate a multitude of feelings and circumstances. I'm reminded of something I read once by the British fantasy author Angela Carter, who had one of her characters say, "Don't think, look. When you begin to think you lose the point."

For those who like to read divination decks via the illustrations, gleaning information from symbolism and visual clues, this is a captivating deck. The artwork spurs imagination. Dreamlike and always hinting at something just beyond the picture, the art encourages us to fill in the blanks. Interestingly, the card backs are reversible. It's up to the reader to determine whether or not to take advantage of this and use reversals with this deck, but it does seem worth the experiment.

The cards are a comfortable size for handling, and are nicely laminated. The card stock though, is a bit on the thin side, and might require extra care when shuffling.

The pamphlet says the deck can be used for self therapy, divination, and deepening our understanding of astrology. The aspect of therapy, for self or for others, seems especially easy to read with this deck, since every card is an expression of a different facet of human nature.

This is a fun deck for those who love astrology. But it's also easy for someone new to astrology to use. Though some background would help, it's not essential. The main power is in the pictures. And indeed the creators, astrologer Alejandro Christian Luna of Argentina and astrologer/artist Nil Orange of Germany, say that the deck is also for those interested in symbolic languages. They feel that a picture is worth a thousand words. And I think their deck proves that it's true.