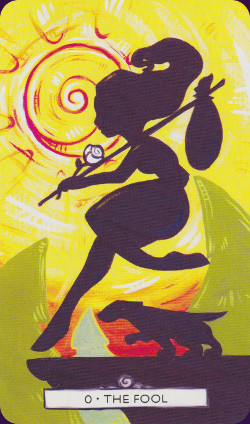 The Vivid Journey Tarot is a 78-card Rider-Waite based tarot illustrated in a flowing, vivid artistic style. The cards are colourful and uncomplicated, easy to interpret, and have a warm and friendly energy. 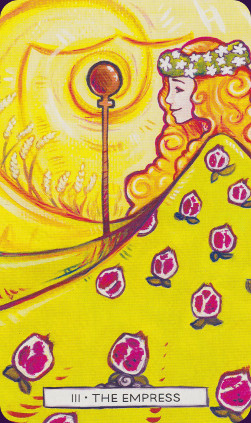 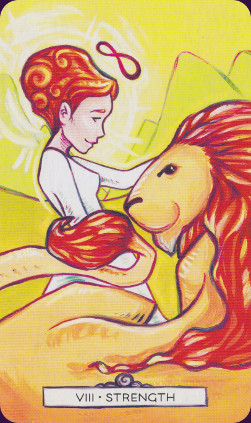 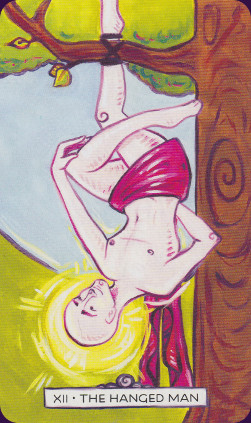 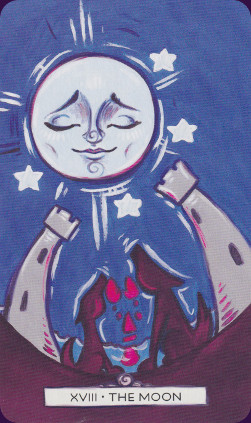 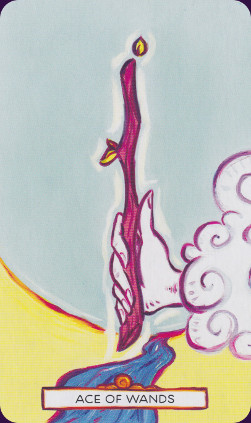 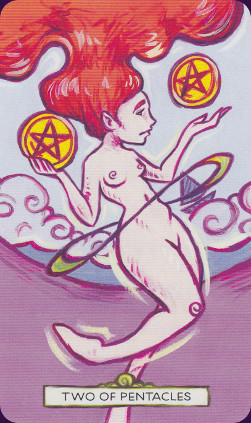 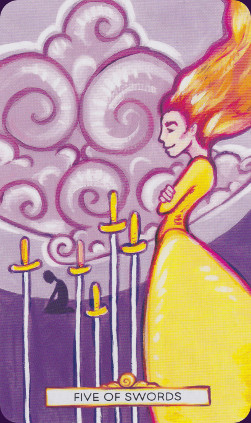 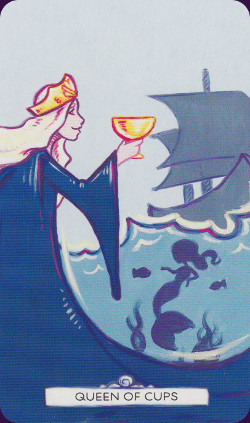 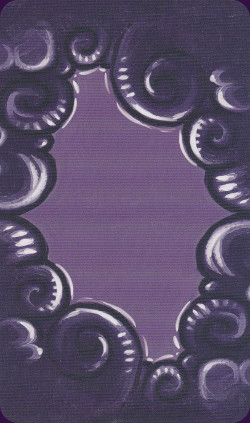 The Vivid Journey Tarot is a light-hearted, whimsical deck of simple imagery and strong, plain colours. Jessica Alaire – the conceptual originator of the Vivid Journey Tarot – created the deck in response to her own needs. Although she was an experienced tarot user, Alaire failed to find the connection she needed with existing decks, so she decided to illustrate her own. Using traditional Rider-Waite-Smith imagery as a starting point, the VJ T emphasises the emotional and psychic impact of colour - indeed, colour is the primary language of this tarot (as opposed to symbols, myths, allegories et cetera).

This is a 78 card fully illustrated tarot. It has a Major Arcana of 22 cards, and a Minor Arcana of 56 cards divided into four suits of 14 cards each. The suits are named Cups, Wands, Swords, and Pentacles, and feature 10 number cards and 4 Court cards – Page, Knight, Queen, and King. The Major Arcana follows A E Waite’s ordering and choice of titles.

The cards measure 70 x 117 mm – which makes them a fairly average sized tarot deck. The card stock is very light and flexible with a slightly toothy finish on the front, and a smooth, shiny back which facilitates easy shuffling and handling. If you are heavy-handed or hard on your cards you may find that this deck is easily damaged as the card stock is also quite soft. The print quality is excellent – with clear, crisp lines and bright colours.

The artist’s palette is very bright but limited to a dozen or so colours, which along with the artist’s strong graphic style imparts an almost comic-book air to the illustrations. The artist has shorn the cards of all but their most basic imagery and symbolism, and populated tarot-world with relatively benign and unthreatening characters in an appealing, story-book fashion. Each suit is dominated by a particular colour scheme i.e. Wands feature a lot of pale blue and yellow, Cups blue and more blue, Swords pink and yellow, and Pentacles purple and green. The cards have no border, the illustrations reach to the edge. At the base of each illustration is a simple white frame featuring the card’s title and number in a plain font. The illustration on the back – curls, perhaps rain clouds surrounding a blank purple space – is reversible.

The Vivid Journey Tarot cards and guidebook come packaged as part of a box set. The box itself is solid cardboard with a fold back lid which is held shut with magnetic clasps. The box is is glossy, bright yellow and features images from The Vivid Journey Tarot, as well as information about the deck printed on the back. While not totally compact this box-set can be tossed into a bag or backpack and make the journey without sustaining any notable damage.

The 182-page guidebook is written by the deck’s artist Jessica Alaire. The Introduction deals with the how's and whys of the Vivid Journey Tarot’s creation. This is followed by Tarot Basics which outlines the construction of the tarot, offers a brief primer on colour symbolism, runs through the Fool's Journey, breaks down the suits and their correspondences, explains the multiple purposes of Court cards, explains the symbolic meanings of numbers, and dissects a simple three card spread! Got that?

Chapter 2 focuses on the Major Arcana – wherein each card is reproduced in full colour, its symbolism and meaning are discussed at length and a divinatory meaning is given for both upright and reversed positions. Chapter 3 explores the Minor Arcana – here too, each card is reproduced in full, glorious colour, symbolism and divinatory meanings are given. These interpretations follow along traditional lines with a focus on contemporary applications.

This is a bright, cheery tarot deck, full of optimism and good heart. With its traditional Rider Waite Smith foundation and symbolism, it is an ideal deck for a learner. For professional readers who have clients who are less than comfortable with traditional tarots, this deck may present a non-threatening alternative. And if you are looking for a suitable deck for a child then The Vivid Journey Tarot, with its uncomplicated illustrations, sunny energy and positive outlook is well worth considering.