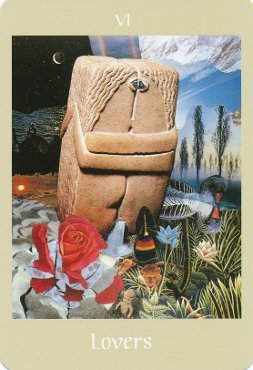 The Voyager Tarot is a deck of pure symbolism that reflects our present day circumstances, in bright and colourful photographic collages of images from multiple cultures. James Wanless's deck is intended to be used for self-empowerment and self-awareness.


Card Images from the Voyager Tarot 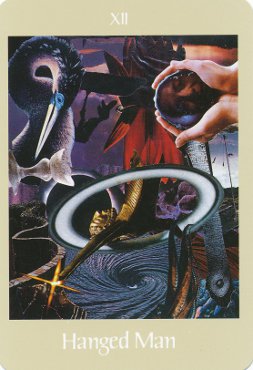 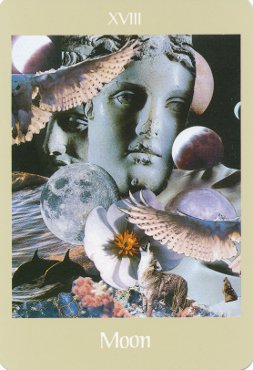 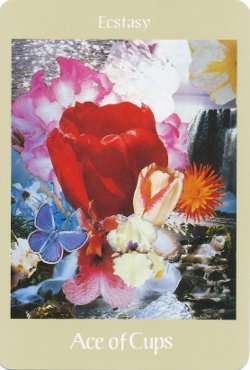 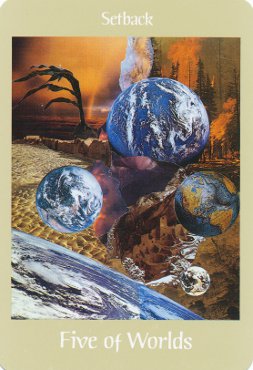 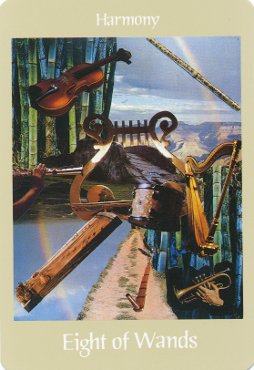 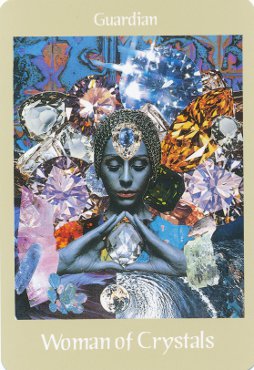 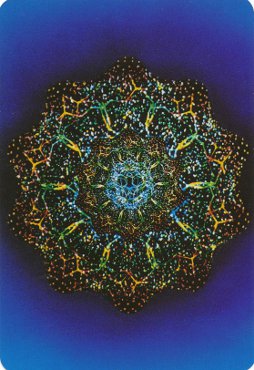 This is my all time favorite deck.  I am often amazed at the detail of readings that come out of it.  Often times the clients that consult with me will recognize images in the pictures as directly relating to the question asked.  Where I feel that other decks hint at the issues and events, I feel that this deck cuts through all of that and lays it for all to see.  The experience is often enlightening and sometimes draining.

The layout of the cards is superb.  It is not biased towards any one path of spiritual belief. I feel it is an easy deck for beginners and experts.  They only caution would be for intermediately skilled practitioners due to the draining aspect mentioned above.

It is an excellent deck for those who have studied and appreciated C.G. Jung's work.  It truly has a sense of the collective unconscious to it

My only hesitation would be with some of the Crystal "attribute" (minor arcana).  Some of them for some reason have repeatedly been felt the need to be read differently than the explanation given by the author.  The difference is marked.  This is possible due to my association with the cards and them falling into the place with the definition that I give them, but I at times feel that the symbols are off.  Again this is only with two cards of the Crystal Attributes.  I hesitate to state which ones as it clearly could be my definition.

But I certainly would give this deck a reading of 4.5.  This is not a 5, due to the two cards in the crystal attributes and the hesitation I would have to recommending it to an intermediate level reader if they did not have guidance to support them.

I have been reading cards for 10 plus years on a professional basis.  The Voyager deck is the most communicative deck I have ever used. The reality in the photos speaks so clearly. I find that pictures can show up in the collage of photos, that I never noticed before but that speaks to the querent clearly.

A great deck to use but not a good deck for a beginner. Each card has so many possible meanings that a good solid use of tarot is really helpful to use this deck successfully. Tree of life is a great layout for these cards, it allows them to speak to all aspects of your life, spiritual down to the physical.

These cards are large and oversized which can make it difficult to shuffle but I have managed to master it. Using these cards for 'a card a day' can add depth to your understanding of their many images. Definitely a "10" in my books.

I have been using the Voyager deck as a card a day, from the Voyager Internet site, for some time now. It finally became the right time to have the deck in my hands for more serious work. (OK, card-a-day is serious work, but I am talking about doing work with spreads here!)

The packaging on the deck is top drawer - a lovely royal purple color for the box, with a full color representation on the front of the box. The box itself is a style that I really like - where the box pulls straight out, with the cards themselves contained in a well, with grooves on both ends of the deck to make it easy to remove the cards. The LWB (Little White Book - or, Little Purple Book in this case - a 119 page book that book accompanies the deck) is placed on top of the cards.

The cards themselves are 3 3/4" by 5 1/2", good quality stock, glossy and laminated. They will hold up under extensive usage, but are a bit difficult for those with smaller hands to work with. The artwork, a combination of the visionary ability of James Wanless and Ken Knutson, and rendered by Ken Knutson, is photo collage. This presented a problem for me when I first began reading with the Voyager deck, because I felt that there were all too many stunning images, and that they detracted from the intuitive process and made reading with them difficult. Something made me keep coming back, using the on-line card-a-day software, and I eventually found out w hat everyone else already knew - that one image would stand out in each card, an image that was individual to each reader/Seeker, and that this was the image that needed to be worked with. Also, the images do work together in a wonderful manner!

The background for this deck came from what I considered to be a very unusual place - James Wanless' study and work with the Thoth Tarot. I say unusual, because the imagery seen in the Voyager deck is not anywhere near that of any of the more traditional decks (i.e. the Thoth deck and the Waite-Smith decks/clones). What he did carry over was the more psychological perspective of viewing the cards. This in itself flows right into the "self-help" and "think outside the box" approach that Wanless uses. He reminds us that there is an affirming side and a challenging side to each of the 78 Tarot cards, and when we choose to see the difficult cards as challenges to be overcome, rather than dire, cast in stone predictions, we move one step forward on our personal journey of life.

In the LWB that accompanies the deck (entitled Voyager Tarot - Guidebook For The Journey), Wanless talks about the symbols in the deck representing the modern world as we know it. He sees this deck, and the technique that he presents for using it, as part of the flow of holistic living. It represents a journey into our "inner" universe, where we find the pathway to realizing the full potential of our abilities. By internalizing the symbols of the external world, we come face to face with the universe as it is reflected within us.

He has changed the name on two of the suits - Swords become Crystals and Pentacles become Worlds. An even greater change comes in his visualization of the court cards - seeing them as part of a family that is reflected within each of us, rather than external people in our lives. Several of the Major Arcana have been renamed to reflect his views on their energy: Justice becomes Balance; the Wheel of Fortune becomes Fortune; Temperance becomes Art; The Devil becomes Devil's Play; Judgment is Time-Space; The World becomes The Universe.

Wanless proposes that the Voyager Tarot is a multipurpose tool, ready to be used in a variety of ways, such as: a spiritual path, a philosophy, a book of wisdom, a map for navigating life, a storytelling vehicle and a healing modality, to name a few. He also recommends using one card readings, in a question/answer mode, and working with a specific symbol that stands out from that card.

There are almost too many favorite cards in this deck for me to pick a favorite card! The Star would certainly be one of my first choices, with an eye catching statue of Kwan Yin in the middle. The Hierophant would be another one, with my eye being drawn immediately to the central figure of Buddah with a large crescent moon over it. The Hanged Man is quite a "busy" card, but my eyes keep going to the hand cradling a shell with the reflection of a face in it. Success (the Ace of Worlds) which shows a series of colorful round planets, carries a real sense of joy with it.

There are several different reading methods presented at the end of the book. The emphasis is on using the Tarot for empowerment, for being the Captain of your own life journey. There is information here that will help place the energy of the cards actively in t he life of the Seeker - which to me is what Tarot is all about!

Like the Osho Zen Tarot, the Voyager Tarot is a deck to be used with a purpose, rather than on a whim. The good Captain (Captain Pick A Card, as James Wanless refers to himself) will, I am sure, cringe at that, but it is true from my viewpoint. This deck carries great power, and should be used wisely. I recommend it for everyone - it may not become your primary deck, but it does have a definite place in doing certain types of readings, and is an excellent choice as a comparison deck - the images expand the boundaries of understanding for each of the cards.