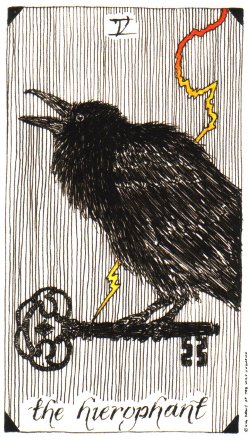 The Wild Unknown Tarot has 78 cards with spare but intricate art of the natural world. Animals, trees, plants, and insects feature on the simplified but compelling cards. Beautifully published by the artist.

Now out in mass-market edition! 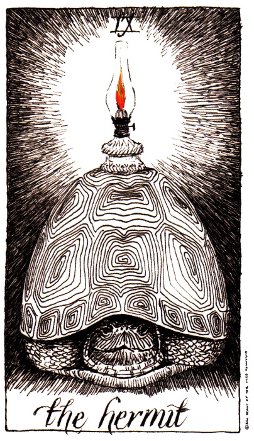 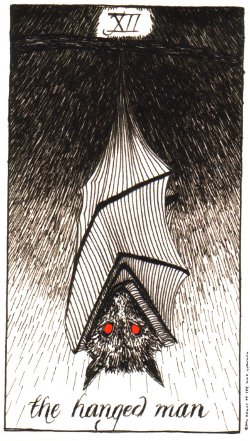 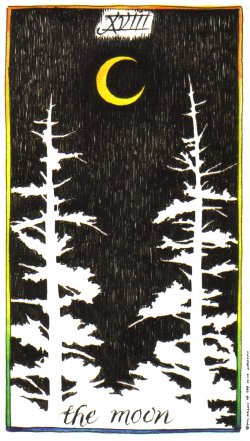 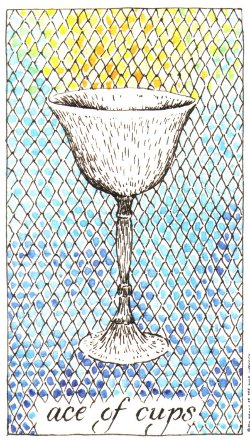 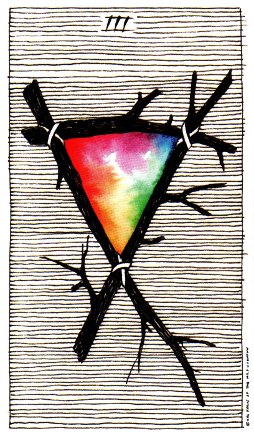 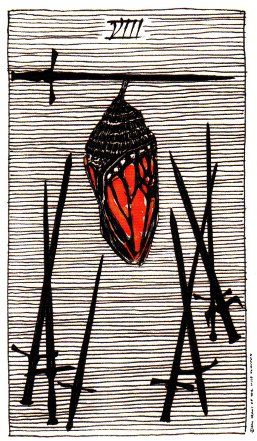 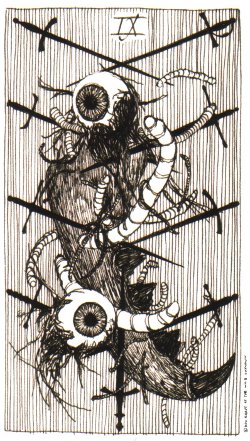 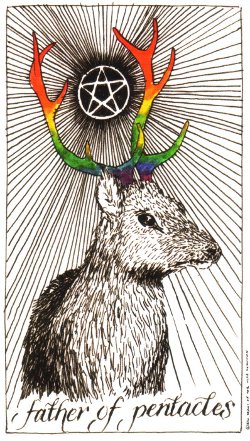 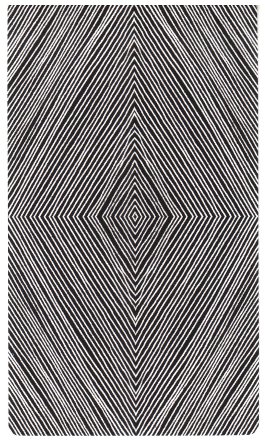 Many are the decks which as soon as I receive and open them I want to review, immediately analyse and describe. Sometimes I cannot contain myself. I want to put into words what I feel emanating from a deck, what mood it conveys to me, its quirks and vision. But this deck was different. I have spent weeks working with it and feeling no urge to write about it or shout from the rooftops. Only now, after quite a while has lapsed since I actually received it, do I want to write about my experiences. I remember seeing scans a long time ago and thinking it looked interesting but it was one of those decks to be ordered from somewhere obscure and so often I lose interest when faced with this hurdle (very bad of me I know as I think more and more decks in the future are not going to be available from amazon or the big sellers and I know I should applaud the fact). Then there are all the unknown quantities, cardstock, image and print quality, quite apart from the fact that it might not actually arrive. You know how it is. But I sensed a groundswell of favourable responses to this deck and quite a long time after its release I found a stockist nearer home and took the plunge.

I am so glad I did as this is one of the most sensitive, poignant and unique decks I have seen in recent years. It really is understated beauty at its best. I know where the deck came from but I know very little about the creators and – to be honest – nothing whatsoever about the artist, Kim Krans, whose name doesn’t even appear on the box. I just know that this deck has a voice like no other and everything I ever disliked in supposed nature-based decks is absent in this deck. Disney has done untold damage to what we think of as our relationship with the animal kingdom and I see this quite naturally filtering through into tarot decks, supposedly pagan-based or supposedly wiccan-based but which to me seem comical and simplistic. This doesn’t proclaim to be either wiccan or pagan or shamanic, it is simply a deck which bears images of the quiet dignity of the animal kingdom. Nothing more, nothing less. And it doesn’t impose sentimentality on it for us, it doesn’t push for cuteness or try to push the agenda that somehow we have an inner stag or stork inside of us that apparently we can draw upon when 21st Century life gets us down. It feels like nature pared down without any agenda whatsoever. I love how this deck has been put out there -no rallying of votes or support -and been left to silently garner its own accolades simply by its own merit. The creators seem so silent. I love this. It is as if it is a deck without ego. Who are these people who (as far as I know) don’t have any experience of tarot deck designing and yet whose 78 images seem eerily spot on in so many ways? It is a wonderful decks to work with. As soon as I received it, I was struck by the minimalism of it. How the cross hatching, shading, angles, tiny simple details and the arrangements of suit symbols cause a tension and nuance which make so much sense in a reading. Sulis has said that as a reading decks it has much in common with Marseilles decks and I think there is a great deal of truth in that comment. By the same token, I find that if I go through it card by card I can detect standard RWS meanings in the images, but when I have cards next to one another in a spread I always reach wildly differing conclusions. For example, a few weeks ago I had a meeting with my boss which I was worried about. I am occupying a new position and wondered how my performance was going down. After the meeting I felt vague as to how things stood. I went home, had lunch and did a three-card spread with the Wild Unknown Tarot and got the following cards.

The anchor card, the first card dealt, was The Sun. Either side, the flanking, secondary cards were the Son of Pentacles and the Three of Wands. The Sun card seemed like an explosion of relief. I’d never thought of The Sun as relief but it screamed relief for me, ecstatic alleviation. A single flash and the anxiety was gone. Then looking at the Son of Pentacles, I see the young stag bowing down out of the darkness, looking to the light. I remembered a saying, “heavy is the head of he who wears the crown” and this picture seemed to sum things up well, with the pentacle hovering over the young stag’s head. Then the Three of Wands seems to say that with parameters firmly tied the inner content will take care of itself. It seems to say that if I do my best and keep things firm, define my limits, the ensuing success, the ensuing colour, will take care of itself within the limits established. One of the wonderful things about this deck is the sparing use of colour that gives flashes of meanings to certain (not all) cards. The contrast in itself enhances meaning. Like everything else in this deck, meanings are subtle, understated, gentle and meditative. I reflected on how pushy some decks can be and that I had never noticed this before. I reach for this deck more and more and although there is a guidebook which can be purchased separately I don’t feel that I need one as the cards speak so vividly.

The deck comes in a two-part box with a black ribbon used to facilitate the lifting out of the cards and it comes with a fold out sheet of meanings which I read but - really – the deck reads so effortlessly for me, I don’t consult it much now. This is a case of a deck truly standing on its own, needing nothing much beyond its imagery. And the cardstock is heavenly. It is thick but not too thick, feels like it has plastic in the cards for added resilience, but the cards do not feel plastic at all, just strong. No gloss, no lamination, just firm, durable and comfortingly chunky when shuffling. The back design is simple and geometric, a repetitive black and white rhombus pattern, one inside the other (see top photograph). The imagery is haunting and is what makes this deck truly memorable. It soothes without deluding. I find that I identify with its animal melancholy and want to absorb the silence. It has already been compared to the Greenwood and the Ironwing and although I can see what may lead people to these conclusions because it is nature-based, it doesn’t mean that fans of these decks will find much in common with it. However, I think it has a rare and mystical quality – that much is evident – something potentially mythical in tarot publishing. It’s too early to say of course but I think any comparisons with these decks don’t help in allowing us to take this deck on its own terms. Yet its remote poetry and the fact that it feels like it holds so many secrets makes it one of the most memorable tarot publications of recent times for me. I hate this need to have polls, the need to list decks in order of “bestness”. There have been so many memorable decks published of late and we should be relishing the diversity not setting them against each other. It is enough for me to know that this one has a disarmingly distinct voice whose whispers I want to hear.