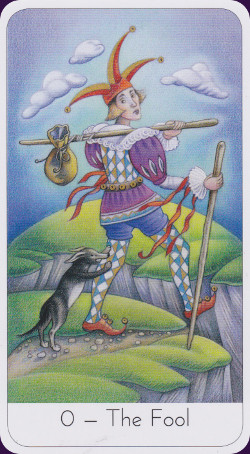 The Wisdom Seeker's Tarot is a 78-card deck focusing on the non-mystical and Jungian psychology aspects of the tarot, and designed for self-improvement and insight. Previously released as the Truthseeker's Tarot. 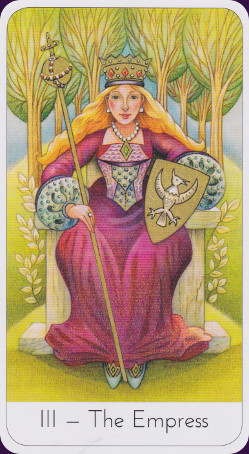 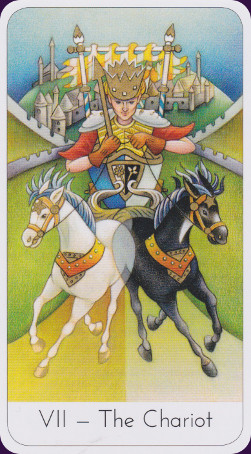 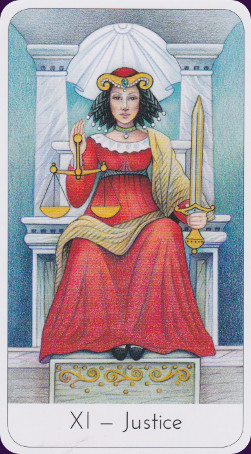 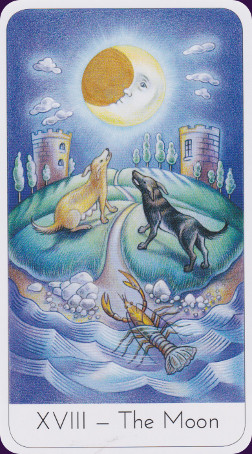 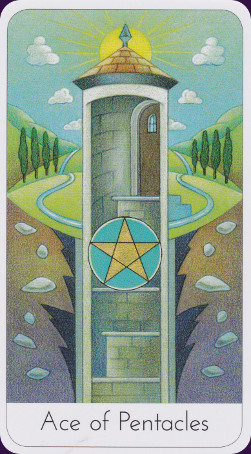 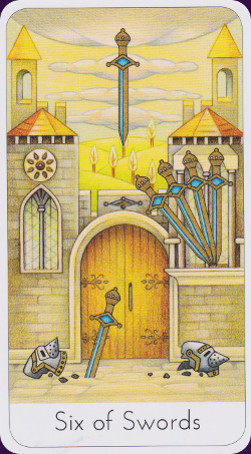 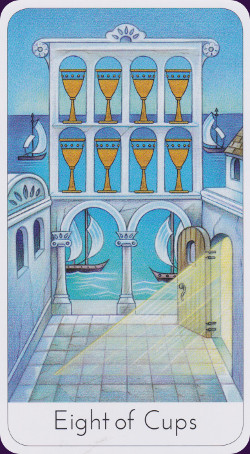 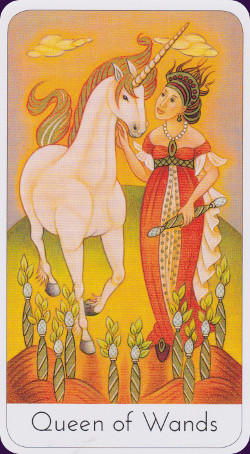 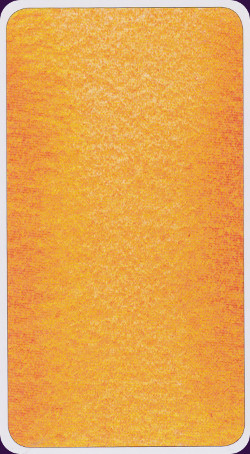 The Wisdom Seeker’s Tarot approaches the tarot from a psychological perspective paying close attention to the meaning of symbols, and the appearance of archetypes. Psychological tarot does not seek to tell fortunes or predict the future, but instead uses the fall of the cards to help the Seeker gain insight into themselves.

The major Arcana is viewed as The Fool’s Journey – a symbolic travail – where in the Seeker, represented by The Fool, follows his/her path to wisdom, enlightenment, fulfilment. Here the guidebook always prefaces its advice with the phrase "When you work with this card ask yourself…", always drawing one's awareness back to the action with in the self. The Wisdom Seeker’s Tarot is focused almost exclusively on the Seeker’s interior life and the control one exercises over it, rather than on external events.

The Minor Arcana are similar in nature to the Major Arcana, in that they too depict a journey from inspiration to conclusion. Each suit (Swords, Pentacles, Wands, Cups) has several correspondences - symbolic, astrological, colour, numerological, seasonal, the humours etc. – and all four suits represent aspects of ourselves. The Minor Arcana, in this case, represent the smaller narratives of our lives, while the Major Arcana contains the elements that make up parts of our overarching life stories.

The Wisdom Seeker’s Tarot is a 78 card deck, with 22 Major Arcana and 56 Minor Arcana. The Major Arcana follows Arthur Edward Waite's titles and ordering; and the Minor Arcana features 4 suits of 14 cards each. The suits, Swords, Cups, Pentacles, Wands, have 10 number cards and 4 Court cards, Princess, Prince, Queen, King, each.

The cards measure 68 x 120 mm – which makes them a fairly average sized tarot deck. The cards sit nicely in the hands and have a reasonable weight to them. The card stock is excellent – light yet solid and flexible without being flimsy, with a smooth, high sheen finish which makes the cards exceptionally easy to handle and shuffle.

The print quality is excellent – the images are clearly defined with crisp edges, there are no misprints, no blurriness and no colour bleeds. The artist uses a delicate yet luminous pallet of subtle colours. Each suit is defined by its own colour scheme; Wands feature fiery reds, oranges, and golds, Cups are delineated by their sky and azure blues, Swords have a base of silvery grey and sunny yellow, and Pentacles are defined by grassy, and forest greens.

The images for the Major Arcana have a strong foundation in Pamela Coleman Smith's classic illustrations, featuring many familiar details and symbols. The Minor Arcana, is something of an anomaly, being neither pip cards but not 'fully’ illustrated either - many of the cards feature similar settings, with only the number of suit symbols changing. The artist's style is strongly reminiscent of children's picture book illustrations – whimsical and engaging, yet featuring strong lines, symmetry, and patterns.

The cards feature a narrow white border, with the numbers and titles given in an elegant font, beneath the illustration. The design on the back of the cards is utterly uninspiring, looking as it does, like a photograph of electric orange shag-pile. That being said, the cards certainly are reversible. The Wisdom Seeker’s Tarot box set comes in a small solid case with a slide out drawer containing the cards and 80 page guidebook. The box has a satin finish with spot laminating highlighting images and information about the deck. It is sturdy enough to put into a bag or backpack without sustaining any noticeable damage.

The 80 page guidebook is written by David Fontana – the conceptual originator of The Wisdom Seeker’s Tarot. The Introduction, of course details the genesis of this deck, and the purpose for which it has been created. This is followed by a short History of the Tarot, which rather than focusing on significant dates and events, looks at the social uses of tarot. This is followed by a short chapter entitled A World of Symbols – an introduction to the concepts of psychological symbols and archetypes. Getting Started outlines the need for the Seeker to establish a pre-tarot routine to put oneself in a receptive state of mind for reading the cards. This is followed by a chapter on establishing a regular tarot practice. The Fool’s Journey gives a brief outline of the way this metaphorical trip through the Major Arcana represents the life journey, as well as lesser journeys to understanding, of the Seeker.

Each Major Arcana card has its own page which has a short description of the action taking place, and outlines the meanings of significant symbols contained in the illustration. No 'divinatory meaning’ is given as such, instead the Seeker is directed to question themselves, and guided as to where they need to focus their inner attention.

The Minor Arcana is analysed by numbers rather than suits. By doing this, the meaning of the card is removed from the greater narrative of the entire suit and instead is understood almost exclusively in its numerological context. Each suit is seen as a way of interpreting the meaning of the number. The Court cards represent archetypes, with each suit representing different personal qualities: Wands being upright and honest, Cups domesticity and reflection, Swords power and impulse, Pentacles material good fortune. The ideas represented by each card nonetheless tend to align with the traditional divinatory meanings. No specific reversed meanings are given for these cards.

Three layouts are included in the book – The Seven Card Horseshoe to address specific problems; The Celtic Cross, and the Tree of Life spread. The layouts are interpreted through the lens of psychology, with their guidance being for the purpose of greater self-understanding and inner development.

Shorn of the mysticism, and approached through the discipline of psychology does not render the tarot any less effective as a tool for self-knowledge and guidance. The Wisdom Seeker’s Tarot is a beautiful box set, ideal for those who are looking for a non-mystical approach to the tarot, and for those particularly wishing to explore aspects of Jungian psychology and the tarot.