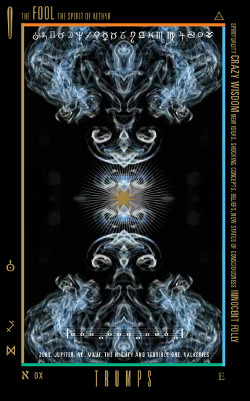 The Wyzard of Odd Tarot is an eclectic blend of tarot, geometry, runes and music, with 78 illustrations formed from a unique method of incense smoke photography. Self-published and available from the artist.


Card Images from the Wyzard of Odd Tarot 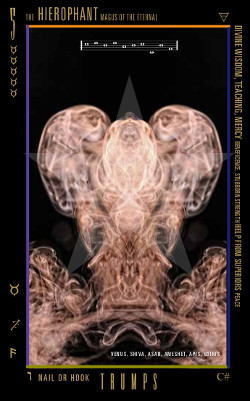 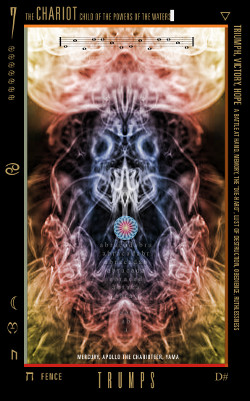 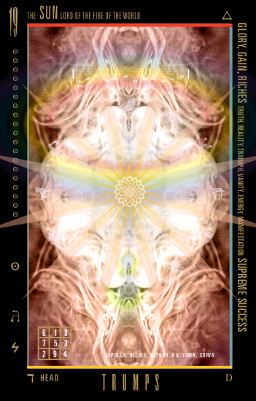 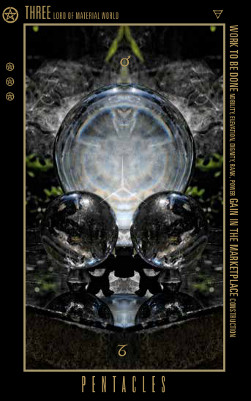 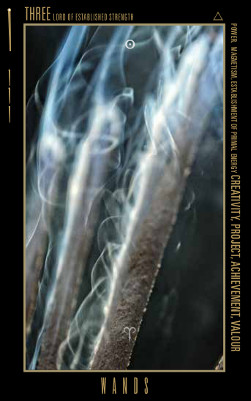 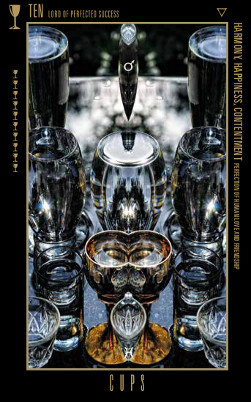 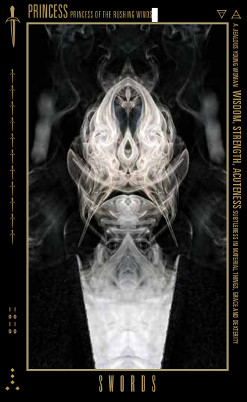 As a high priestess of Ma'at, I have been doing readings and collecting tarot and oracle decks since 1999. My collection (at last count) was over 120 decks. This is definitely a small collection in comparison to many of my online friends. However, it has given me over 100 excuses to view some of the most beautiful decks that have ever been created! The Daughter's of the Moon Tarot, the World Spirit Tarot, the New Orleans Voodoo Tarot, the Tarot of Burroughs, the Wizard's Pets Tarot, the Gaian Tarot, the Japardize Tarot, and the Urban Tarot are just a few of the lovely decks that I have the pleasure of owning and loving!

I am extremely specific about the types of decks that I will collect. First of all, I only collect decks whose artwork blows me away! I mean the kind of art that I can feel the passion of the artist through the pictures themselves. I have to literally feel the art intuitively. Secondly, I have to feel connected with the deck. When I throw the cards, I need to feel like I'm talking to an old friend. The cards are my tools of choice and I have to feel like they fit me. Kind of how Excalibur fit King Arthur. My cards have to feel as if they were made to be wielded by my hand. Lastly, I only collect decks that are multi-cultural, not cultural at all (like animal decks or abstract decks), or decks that are representative of cultures that I study. I study people of African descent around the world as well as other indigenous populations.

Mostly, I prefer these types of decks because that is my area of expertise. But, also because of the fact that so many tarot and oracle decks only represent people of European descent. To me, this is a signal from the creator of the deck that this deck isn't for me. If I'm not represented in the deck, it's difficult for me to use it and it ends up collecting dust under my altar. I believe that tarot and oracle decks are universal and applicable to us all. I find it important that the decks I choose celebrate all of humanity and not just one percentage. I believe that the cards show us how to be loving, kind, united, accountable, and diverse. If you think about the Fool's journey, it teaches us all of these lessons. His quest is all about learning to embrace the unique and extremely different people that he meets along the way in order to experience enlightenment. Therefore, my choices for my ever growing collection mostly come from creators that appear to share my deep feelings about the inclusive, pluralistic nature of tarot as well as our society. In order to experience change, we have to be the change that we want to see in the world! I want to live in a world that is serious about cooperation, equality, healing, and peace. Everything from my friends to my tarot decks reflects this vision.

One of my favorite decks is the Wyzard of Odd Tarot by Bryan Lahr for those very reasons. The Wyzard of Odd Tarot is a self-published 80 card tarot deck that came out in 2014. This amazing, limited edition deck sold out twice and is on it's third printing. The images on the cards are photographs, but not just any photographs. These are the most unique photographs that I have ever seen. Basically, the creator photographed incense smoke in different formations and colors with images and/or lights in the background. The Trumps and the court cards are all photographs of incense smoke with varying degrees of light. For example, one of my favorite cards is the Sun card! This card is a photograph of incense smoke with light and rainbows in the background. It really creates the feeling of joy and happiness that this card is known for. The Knight of Cups is different shades of blue incense smoke that really speak to the energy of the Cups. As you stare at the blue smoke, you can get lost in the emotional depth of the Knight of Cups.

The Major Arcana is labeled as follows at the top of the card next to the card's number:


This deck definitely has the breathtaking beauty that I require. But, even more so it has a hypnotic effect. The cards seem to swallow you up and you feel like you are inside of the deck and not just viewing it. This takes us back to the feeling of connection that I mentioned above. As you are swallowed into each card, this deck connects with your third eye and leads you to the answers that you seek. For this very reason, this deck is an excellent tool for meditation as well.

This deck more closely follows the Thoth tradition than the Rider-Waite. So, the court cards are the Princess, the Prince, the Queen, and the Knight. The Suits are named as follows: Wands, Swords, Cups, and Disks. Each Minor Arcana card is illustrated in great detail and has the appropriate number of items in each card.

The cards also have astrological, musical, elemental, and planetary correspondences. Geomantic figures, runes, sigils, key words, Hebrew letters, root meanings, as well as the 16 Meji Odus from the African spiritual system of Ifa are also used throughout the deck. Obviously, corresponding with so many different cultures for each of these divination methods satisfies my love of diversity- big time!

The Wands, Swords, Cups, and the Disks all have matching images in the background. The Wands have incense sticks along with the smoke. The Swords suit is swords with incense smoke. The Cups are beautiful chalices with a watery looking liquid in and/or around them. And, the disks are illustrated with lovely, shiny crystal spheres with accompanying incense smoke. For example, the 8 of Disks is 8 red, crystal spheres surrounded by formations of incense smoke.

The deck does not come in a traditional box, but is wrapped in plastic. The deck does not come with a companion book, but it does come with 5 companion cards that teach the recipient how to use and decipher the cards. The companion cards make it so that any reader on any skill level from beginner to Tarot Master can pick up this deck and read from it easily. There is a separate companion book as well as other forms of multimedia that can be purchased for this deck on the creator's website as well.

The card stock is good, but not glossy and they are easy to shuffle unless you have small hands or difficulty with large cards. The cards are larger than standard decks. The are 6 inches long and 3.5 inches wide. The images on the cards demand that the cards are larger. In my opinion, certain art needs to be on larger cards to really be seen and appreciated. The cards are not reversible and are black with black borders.

As you can tell, I highly recommend this deck! Especially, if you adore the types of decks that I enjoy collecting or if you are a connoisseur of unique decks. This deck holds up to tarot tradition, but it also adds in a few extras that are not typically seen in tarot decks. I use this deck often and my clients take very well to it because the images are beautiful and not off putting or frightening. You wouldn't believe how many clients see the traditional Death card and get nervous unless you too are a reader. But, when I pull the Death card or any of the other cards that usually make clients feel uncomfortable; I get more relaxed reactions with this deck. This deck is an excellent divination tool and it is also a work of art. Mr. Lahr is definitely a wizard! And, he has cast a spell with this deck that will not be broken for many centuries to come.