The Rock and Roll Oracle takes its inspiration from 44 of the most influential songs from the early classic rock era of the late 1960s, to around 1974. The cards have abstract images that are designed to be gateways into self-discovery. The 44-card set now self-published by the artist.

Buy from Rock and Roll Oracle

Reviews of the Rock and Roll Oracle

Card Images from the Rock and Roll Oracle 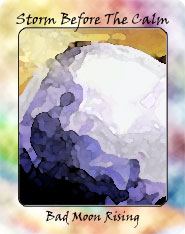 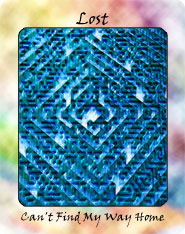 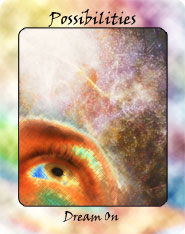 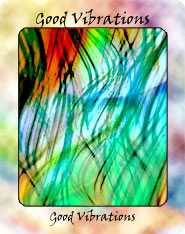 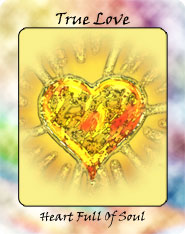 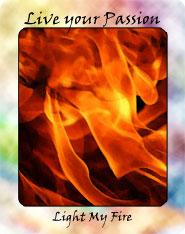 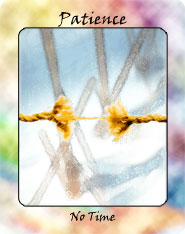 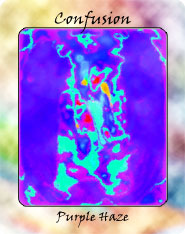 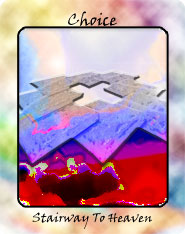 Buy from Rock and Roll Oracle

The “Rock and Roll Oracle Card Deck” is a 44 card deck that was inspired by 44 rock and roll songs from the late 1960’s to the mid 1970’s. For me, this was very much a trip through memory lane. The songs were (and still are) both popular, and very much a part of our culture. What better portal to inspiration and divine guidance! One does not want to sit still with this deck, one wants to get up and dance!

The deck and accompanying guidebook come in a sturdy lift top box. The cover to the box and the guidebook show the outline of a guitar, with musical notes in the background. The 44 page guidebook presents the cards in text only, with the name of the song, the card theme, and a short paragraph of guidance.

Drift Away
Listen to the Music

With this card you have two songs that remind you to let yourself get lost in the music. Sometimes you just have to step away from the issues of life and float away on a cloud of entertainment, releasing your inhibitions and drawing the energy of the music into you. Put on your favorite songs, or go out to a club and let the music surround you. Feel the weightlessness as you float away on the notes. You don’t have to just sit there either …dance, sing, laugh, whatever! Let yourself go! It could be the music of nature as well, if you prefer to sit in a forest or by a lake or ocean. Let those sounds carry you carry you away and allow you to detach from the issues of mundane life.

In his introduction, Rosenhaus notes that inspiration and guidance can come from anywhere, and are all around us. There is an abundance of counsel from many spirit forms, as well as from people walking the path to enlightenment. I liked the thought that music is cross-generational and cross-cultural, and that it has the ability to touch everyone’s life. It has the ability to help us ground and seek answers within.

Rosenhaus sees the rock and roll genre as having impacted the world in a way that no other genre has. This deck is designed to be fun, but it also acts as a powerful spiritual tool. It is suggested that anyone who works with this deck does so with the intention of bringing the highest good to all concerned.

In his section on suggest use, Rosenhaus notes that there is no right or wrong way to use this deck. He talks about clearing the deck, and concentrating on the question as you shuffle the cards. Each card is a combination of words and an image using both literal and abstract concepts. The more you work with the deck and connect with the cards, the easier it is to read them. Instructions are given for reading the cards that include a method for entering them, although it is not referred to as such.

Spreads presented include The Power Trio, The Les Paul Guitar Spread, and The C7 Piano Spread.

The cards are 3 3/4” by 4 Ľ”, of sturdy cardstock. The backs of the cards show the same guitar and musical notes image as the top of the box and the cover to the guidebook. They are not reversible. The card faces show a muted multi-color ˝” border, followed by a thin black border surrounding a central image. The card intention is at the top in bold text, with the song title across the bottom of the card, in smaller text. Some of the artwork in this deck is a literal image (such as “Sittin’ On The Dock Of The Bay”), while some is more along the lines of fantasy (such as “Magic Carpet Ride”, “Light my Fire”, and “Us and Them”).

For me, every song in this deck brought back memories. Meditation (“Sittin’ On the Dock of the Bay”) is so appropriate! I was raised in Minnesota, where we vacationed at the lake each summer. Sitting on a dock over the water is a mesmerizing experience!

Truth (“Does Anybody Really Know What Time It Is?”) talks about self-imposed false realities. Naming a thing does not truly make it so. Recognize what something is in this moment.

Camouflage (“The Real Me”) is all about the masks that we wear. The image is a very plain mask that speaks louder than a thousand words. Sometimes we need to take this mask off to discover who we really are.

Fantasy (“Magic Carpet Ride”) tells us that all the answers arein our imagination. We need to allow ourselves to float away on the magic carpet of our imagination, and see where it takes us.

Passion (“Light My Fire”) suggests that it is time to explore our passion. We are told to follow our joy with great enthusiasm!

Conflict (“Us and Them”) suggests that the separation between “us” and “them” is a false separation. We are all part of the same existence. Rosenhaus suggests that we make up conflict so that we can justify our responses.

Listen To The Music (“Drift Away”) reminds us to allow ourselves to get lost in the music. Sometimes we need to step away from the issues of life, release our inhibitions, and draw the energy of the music into us.

Rise Above (“Bridge Over Troubled Water”) reminds us that we do not have to be a part of the turbulence surrounding us. We don’t have to engage – we can place ourselves above it. vFor those who connect with music – this is the deck for you! My bet … You Tube is going to see a big uptick in the songs referenced in this book being played!


Buy from Rock and Roll Oracle