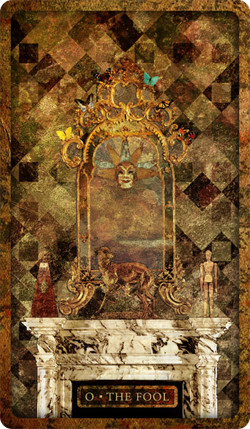 The Tyldwick Tarot has 78 elegant cards that feel like walking through a stately English home. The artist took inspiration from architectural patterns, flowers, geometry and kaleidoscopes to create a complete imaginary world that invites the reader inside. Now published in a gilt-edged, limited edition of 2000 decks.


Card Images from the Tyldwick Tarot 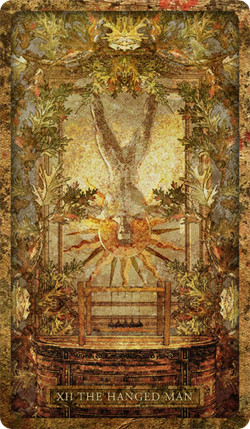 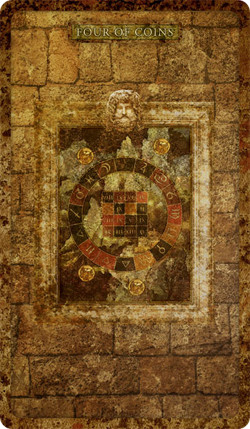 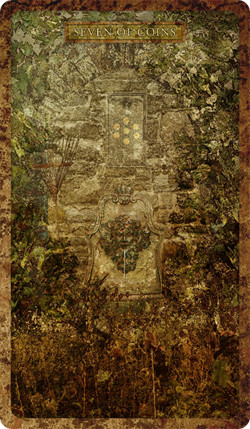 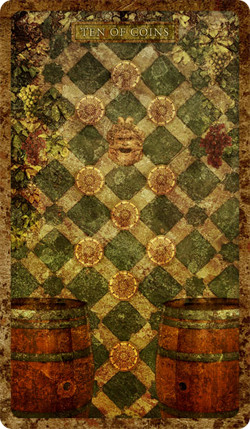 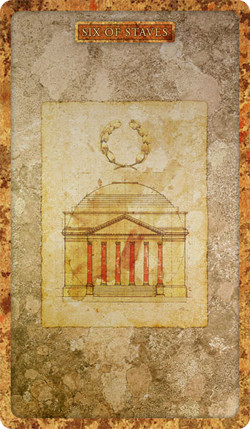 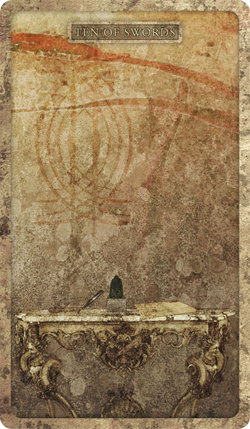 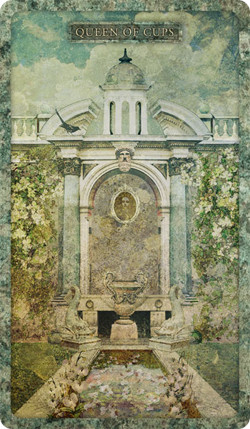 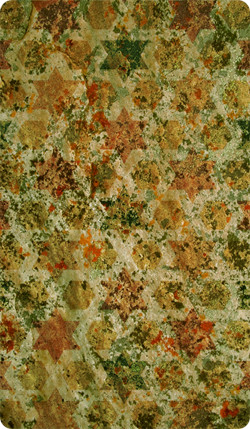 Serendipity is the heart and soul both for tarotists and image readers. Reading the cards is an exercise that demands not only esthetic refinement, but also visual and oracular sophistication. We shall read the places with some skill, even sagacity. Turn our eyes into a machine to capture elements by chance and attribute necessary meanings and senses to what we see and what we live by Tarot cards.

I don’t remember the first time Tyldwick Tarot came to me. Facebook give us the opportunity to notice the chance – or destiny, fate – in such a way that makes everything sharper if we attribute meanings to it. And there the magic happens, because the necessary images get to us. But I know it was few weeks ago, when I visited the Malpertuis website and explored the Major and Minor Arcana. I felt an instant conexion with these universes that the designer Neil Lovell was brilliantly capable to express in 78 rooms-objects-places. In these cards, we can feel the power of synthesis and even the infinit layers that each Tarot trump brings and raises.

TWO QUESTIONS TO BEGIN WITH

When I opened the deck, I laid my eyes on each card arranged on a marble table. I shuffled them all and, as a man entering into a magnificent palace for the first time, I made two initial questions to introduce myself and to know where I was going.

Who are you, who’s your essence?
So he came: The Pope with Ten of Swords.
The priest of blades, the source of intelligence and accurate words. By hisses he anticipates the universes. The Tyldwick is a jewel house. An arsenal of blessings.

What can you do for me?
The Magician followed by Queen of Cups.
This deck can work as a poetry machine. The body of the Muse who amuses his reader. A magical mansion of senses, verses, and colors to amplify and enchant the realities. A map of allurement to the ordinary world.

WHEN THE IMAGE IS NEW, THE WORLD IS NEW

I’m so glad I have found this work, because places are gods. I believe in it. I live it. This is a fact for poets and writers who dances into images over the walls. And it’s not only a metaphor, it’s a feeling because we write down our world vision with the cards. With Tyldwick Tarot, I feel able to [re] create not only the querent stories, but also the places and situations in a richer way, since they are properly acclimated to the nature of each trump.

As a collector and tarot reader, I’m used to evaluate the printing and finishing of the decks I acquire. Just like a real estate broker, I move my eyes and hands on this deck with the satisfaction of being one of the best items that I have ever bought. The Tyldwick Tarot is a masterpiece and does not come with that little [and commonly predictable] white book: the empirical routes for these rooms and gardens are enough to sense the mysteries and feel like a part of them. After all, no one should need generic rules to access their own gold. The golden edges turn this deck into a real treasure that slides perfectly on any surface. An oracle to conjure past, present and future between tapestries, furniture, gates, niches and nameless secrets.

The living space transcends the geometrical space. Bachelard, in Poetics of Space, says that "the house acquires the physical and moral energies of a human body." It's like every protagonist was transformed into the floor, the walls and ornaments that defines the primordial mystery of the Tarot. Thus, the images of the Tyldwick Tarot are more than reminders of bodies apparently absent – especially The Devil, for example, that intimidates trough a black mirror – and makes us enter into the symbolism of a castle magically constructed from the traditional four elements. A tarot deck has never raised, by its silence and at the same time, by the dimensions that it opens and reflects, such a variety of meanings and deities so consistent and truly aligned to the traditional structure. The beauty of Lovell’s graphic compositions gives me constant awe and blessings. And the chance, which comes together with each tarot reading, makes this deck an opportunity to revisit the concepts about the arcana, without the risk of forgetting or underestimating what we already know.

After ten years of experience with many tarot decks of different cultures and systems, I’m enchanted, and I can say that this is a deck not only for collectors and poets but also for architects, photographers, decorators, magicians, writers and for those who are passionate – for places, for nature, for the unknown and especially for the Tarot. In the core of the destiny, the renewed labyrinth inside us. Serendipity. Welcome home. Welcome to the Tyldwick Tarot. It’s here to stay.