Light Seer's Tarot has 78 inclusive, diverse cards of contemporary spiritualities, alternative lifestyles, and many different cultures. It's designed to have a positive outlook and healing vibe, and has a wonderful lightness and free-spiritedness in its cards. 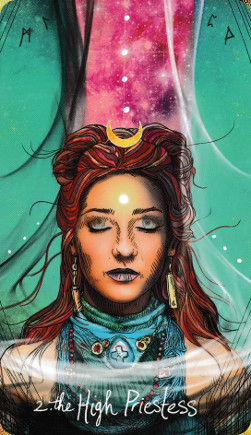 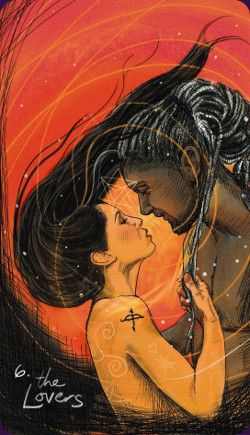 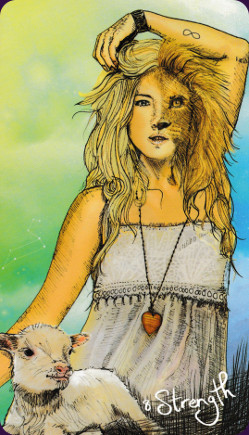 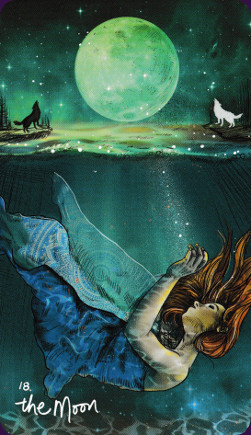 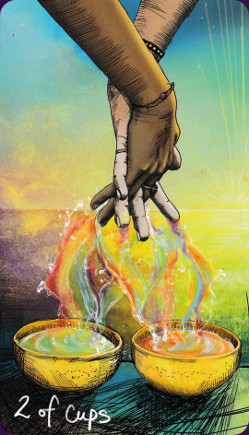 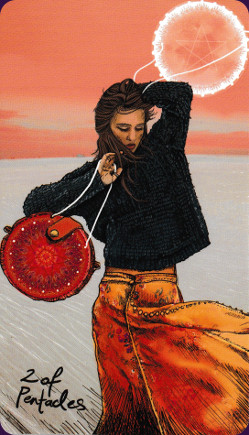 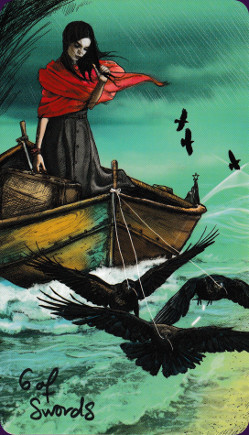 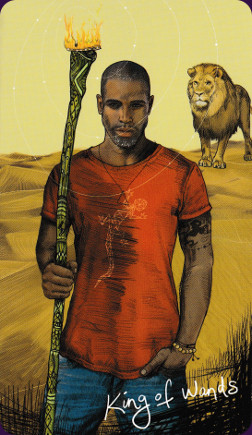 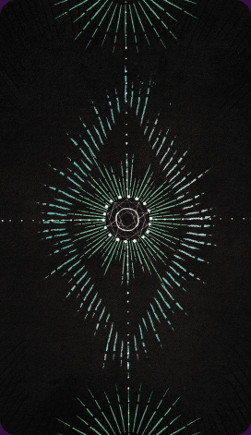 The gorgeous, positive Light Seer’s Tarot deck has been designed with the intention of creating a healing vibe and an upbeat outlook for the deck’s user. The illustrations depict a variety of contemporary spiritualities, alternative lifestyles, and bohemian seekers after the truth. This is an inclusive deck, depicting people from many cultures and a variety of lifestyle experiences. While it is largely focused on youthful characters, more mature people are also depicted.

Chris-Anne, the designer and illustrator of the Light Seer's Tarot, has created a tarot with an uplifting and happy approach to life, which nonetheless does not soften the darkness of the more challenging cards in the deck. She acknowledges that the path to truth and healing moves through both shadow and light.

The structure of this fully illustrated deck is strictly traditional. It has 78 cards, 22 Major Arcana and 56 Minor Arcana. The Minor Arcana is divided into four suits – Wands, Cups, Swords, and Pentacles. Each suit has 10 number cards, and 4 Court cards – Page, Knight, Queen, and King.

The Major Arcana follows A. E. Waite’s structure and card titles with exception of Death, which has a dual title – Death Rebirth, separated by the cosmic lemniscate or eternity symbol. The cards measure 70 mm x 120 mm, which makes them a fairly average sized tarot, not overly long or especially broad. The card stock is noticeably light and very thin. The cards are particularly flexible which will make them something of a liability if you are heavy-handed with your cards or if you "slap shuffle" as opposed to sliding the cards against each other. The cards if not used with some care may be prone to wear and tear. On the other hand, they are very easy to handle due to their lack of heft.

The cards have a smooth, low sheen, satiny finish which makes them very easy to shuffle. There is complete separation between each card, no stickiness, no clumping – which sometimes occurs with high gloss finishes.

The print quality is excellent. Each image is clear and crisp. There are no blurs, no colour bleeds, no misprints. The colours are vivid and luminous without being garish. Chris-Anne uses a broad palette with aqueous blues and greens, rich browns, and fiery reds and oranges being predominant.

The art appears to be mixed media – while it has the appearance of pen and ink there are also the indisputable, tell-tale marks of digital manipulation. None of which makes any difference to the quality of the artwork. Each image is finely wrought, with a lot of attention paid to the details. The illustrations are richly textured and many feature complex patterns and mandalas. A lot of the images offer a modern interpretation of classic Waite-Smith Tarot illustrations, while others approximate their essence.

The images have no borders at all. The titles and numbers are handwritten in white, and their placement varies from card to card. The design on the back of the cards – ‘sacred-geometry’ patterns in grey and green– are (unsurprisingly) symmetrical and therefore reversible.

The cards come packaged in a solid cardboard box, with lift-off lid. The box has a satiny finish and is printed with images from the Light Seer’s Tarot, as well as a brief descriptor of the deck. The inside of the box is decorated in shades of turquoise and also features a geometric star pattern on the inside of the base and lid. The lid includes a beautiful quote from the deck’s creator: “And into the grey we follow, like a thousand flickering stars, and there in a sunlit hollow we lose and find what is ours." This is followed with good wishes from Chris-Anne. The cards fit snugly into the box, and the guidebook sits on top of them. The box is sturdy enough to protect the cards, and small enough to slip into a bag or backpack without taking up too much room. However, it is made of cardboard and as such will quickly show signs of wear and tear if it is treated roughly.

The guidebook is 184 pages long, and the instructions by Chris-Anne are given in English only. The book opens with a letter addressed to Dearest Light Seer, where the deck’s creator addresses you, the seeker. Here Chris-Anne explains the purpose of her deck and how you can make best use of its qualities. The opening chapter gives some tarot basics best aimed at a novice user – the structure of the tarot, the purpose of the Major and Minor Arcana, and Court cards. There are some useful tips for reading reversed cards including three methods for interpreting them. Next up is instructions on how to connect with your cards through exploring the deck, choosing images that appeal or repel, inspire, bring joy, or cast a shadow. This is followed by guidance on doing readings. Five layouts are included; a single card draw, the two-card Light and Shadow Spread, the three-card Light Worker Illumination Spread, the four-card Calling in Love Spread, and the three-card Soul and Joy Spread.

Each card, major and Minor Arcana, gets equal space – a two-page mini chapter. Each of these mini-chapters has a small black-and-white reproduction of its card. The upright and reversed divinatory meanings, Light Seer and Shadow Seer respectively, are given as keywords. This is accompanied by an in-depth description of the the meaning of the card, including questions the Seeker may ask of themselves, and advice as to how the Seeker may make the best of the situation the card addresses. These cards are focussed on personal development and the inner path rather than activities and happenings in the world around us. The divinatory meanings are fairly standard, no radical reinterpretations. While the title Light Seer may give some the idea that this is a relentlessly positive deck that's not really the case. The Light Seer’s deck acknowledges that it takes all experiences, negative as well as positive to build us into well-rounded people. It is how you choose to deal with situations and the lessons you learn from them… and this deck aims to help the Seeker find the healing possibilities in all situations.

This is a beautifully positive deck, which depicts the spiritual in both sacred and everyday situations and practices. Here you will find wanderers, wise women and men, dancers, meditators, friends, and solitaries all seeking to connect deeply with life. If you are a free spirit in your lifestyle or your soul style (or both) The Light Seer’s Tarot is a deck you will not want to miss out on. If you consider yourself a bohemian, hippie, or part of generation Burning Man this deck is aimed squarely at you… There is a lightness, a lack of constraint, the feeling of bare feet on the earth, wind in the hair, and a soaring heart contained within this deck. The Light Seer’s Tarot is something special.