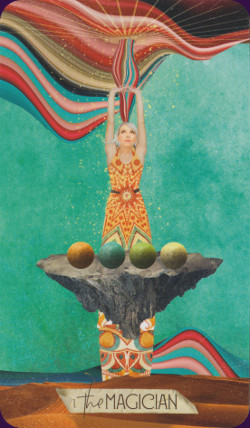 The Muse Tarot is a stunning feminine-oriented 78-card deck and book set from Chris-Anne, creator of the Lightseer's Tarot. It has all female characters, and artistically mixes the modern with the mystical. It's a more non-traditional deck, perfect for intuitive readings and for sparking creative inspiration.


Card Images from the Muse Tarot 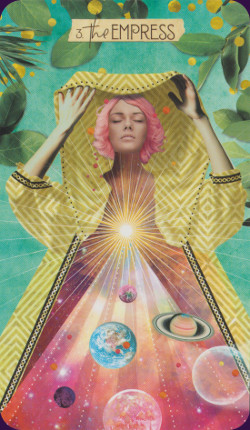 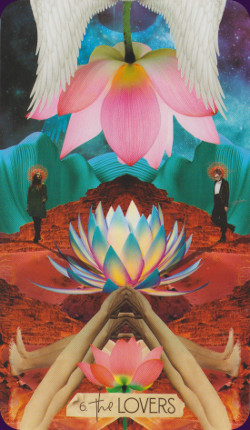 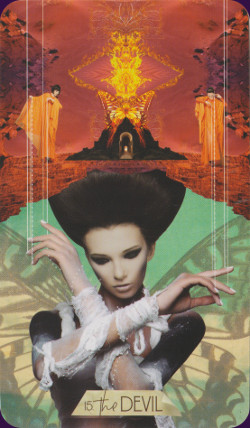 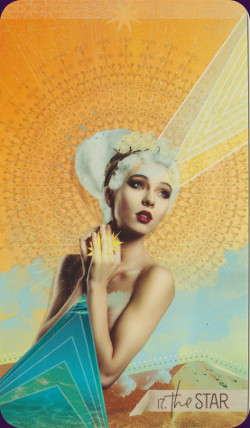 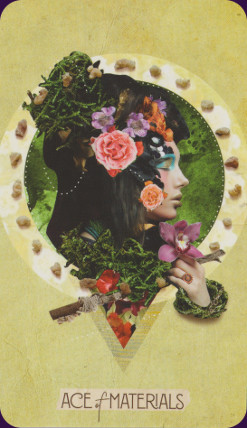 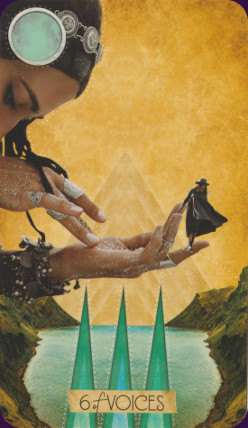 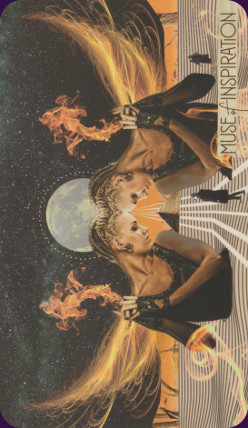 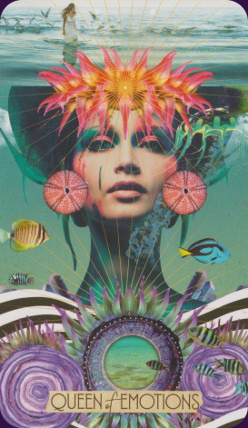 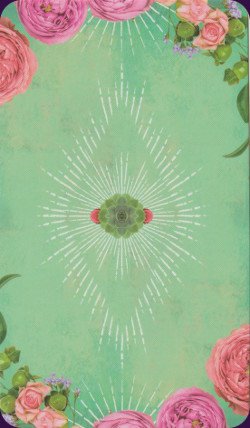 The Muse tarot is a gorgeous new deck from Chris-Anne, creator of of the very boho Light Seer’s Tarot. It’s aim is to connect the Seeker to the Muse (or Muses, plural, as the case may be).

And what is the Muse you may ask? In relation to this deck She is divine inspiration, joy, play, creativity. As Chris-Anne points out in the guidebook, the Muse is personified in different ways according to our needs – as a deity, as a teacher, as a meaningful coincidence. The Muse may be a figment of your imagination and she may also be absolutely real, the divine voice of the Universe is speaking to you.

The Muse Tarot is an aid to your intuition and inspiration and as such uses an eclectic grab bag of both traditional and non-traditional tarot ‘techniques’ to achieve its aims, including potent symbolism and spontaneous poetry, as well as more familiar divinatory interpretations.

In structure The Muse Tarot follows the familiar 78 card format. It has 22 Major Arcana and 56 Minor Arcana. The titles of the Major Arcana are for the most part traditional, however several cards have been renamed or rather ‘expanded’ to suit the nature of the deck – The Hanged Man is now The Hanged Muse, Judgement is renamed Awakening, and The World is now The World Cosmos.

The characters depicted in the cards are almost all female, with the exception of Knights, which are shown as horses – across all the suits. The energy in these cards is less feminist and more feminine – in touch with the female energy of the Muse as she appears in traditional mythologies.

The cards measure 120 x 70 mm which is a fairly ‘standard’ size for tarot decks – significantly larger than playing cards in length and marginally broader in width. They sit comfortably in one’s hands without being outsized and difficult to handle. The card stock is light and flexible, but is not flimsy. It should be emphasised here that some flexibility in cards is desirable – it can prevent the cards from cracking or breaking when they are handled. The low gloss finish on the cards makes them smooth without being overly slippery. The cards slide without clumping together when they are shuffled, and they are easy to deal.

The print quality is excellent – the images are clear and crisp, and the colours rich and bright. There are no misprints, no blurring, no colour bleeds.

The art is digitally composed, a combination of photographs, original artwork, and strong graphic design, which creates a powerful visual impression.

The artist’s pallette is broad and varied, however there is an emphasis on vibrant pastels in the overall colour scheme – rich teals and aquas dominate the deck, supported by rose and pink, vibrant oranges and sunny yellows which are balanced by potent earthy colours.

The artwork follows a fairly consistent design of female figures set in a landscape and surrounded with strong graphic elements such as chevrons, wavy lines, spoked wheels, starbursts and so on, which give the images energy and movement.

There are no borders on the cards, the illustrations reach unobstructed to the edge. The titles are printed in an Art Deco-type font on small scrolls of paper variously placed at the top or bottom of the image.

The illustration on the back of the cards is largely pale green space surrounded by pink flowers, with a bud in the centre surrounded by a white diamond design. The image is symmetrical, and as such allows for reversed cards.

The cards come packaged in a solid cardboard box with a lift-off lid. The box has a smooth, satiny finish and features images from the deck, as well as a description and publisher’s information. The guidebook is card sized and fits into the box. This is a fairly compact tarot deck and can easily be slipped

into a shoulder bag or backpack without taking up notable space or adding significant weight. It should be kept in mind that this is a cardboard box and though it is fairly sturdy, rough handling will result in wear and tear.

The 112 Page guidebook by is written by the deck’s creator Chris-Anne. All directions in this particular edition are given in English. It has 10 chapters of information beginning with a little divine dialogue with the Muse herself. There is an 'Introduction to the Muse Tarot' which outlines the purpose and intent of this deck. The following chapter ‘What Is the Muse?’ Gives some shape and definition to the concept of the Muse as she appears in this deck. 'How to Use This Offbeat Tarot Deck' is the chapter which describes the structure of this deck, and gives some guidance as to how to use this deck to gain the maximum benefits of its unusual powers.

No tarot layouts are included in the guidebook – this may be because the deck is intended to be used intuitively, although it structure allows for it to be used in traditional tarot layouts. Each card in this deck is given equal weight in terms of information provided about it. The Major Arcana like the Minor Arcana are all given Keywords which summarise the essence of the card. Each card has a 'Prompt' – a short phrase courtesy of the Muse, which is intended to inspire the Seeker. This is followed by a lengthy and beautifully written description, which may feature poetry, dialogue, description, directions and guidance, praise and motivation. This is food for the soul.

While the divinatory meanings tend to focus on the positive it is not at the expense of acknowledging our negative experiences, our sorrows and angers and disappointments.

This is an unexpected and gorgeous tarot – well conceived and brilliantly executed. If you are a Seeker looking for your Muse then this is the deck which will guide you to where you want to go. While it has a traditional tarot structure, those you who are looking for a more traditional tarot path will probably find that this deck doesn’t entirely meet their needs. That said, it is a deck that anyone with a passing familiarity with the tarot will find easy to use.

It has something of a similar boho vibe to its sister deck, the Lights Seer’s Tarot, mixing the modern and the mystical to striking effect. A delightful surprise – highly recommended.