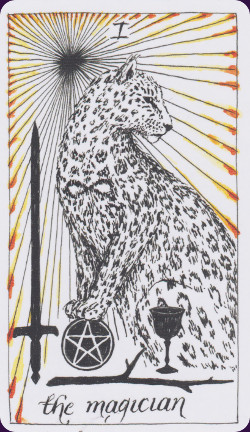 The Wild Unknown Tarot has simple but intuitive tarot illustrations based on the animal kingdom and natural world. It was an incredibly popular independent deck when it was published in 2012, and happily is now widely available in a box set that includes the 78 cards and a 208-page guidebook.


Card Images from the The Wild Unknown Tarot 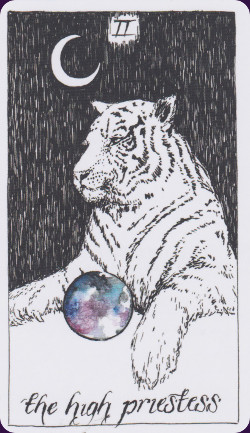 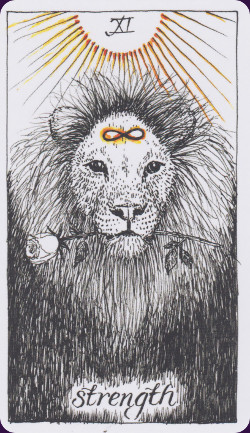 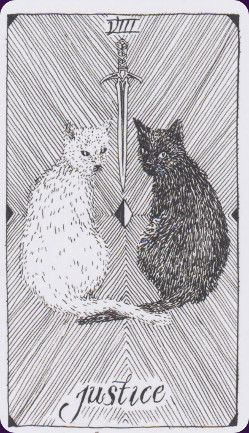 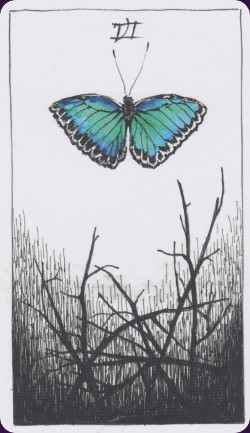 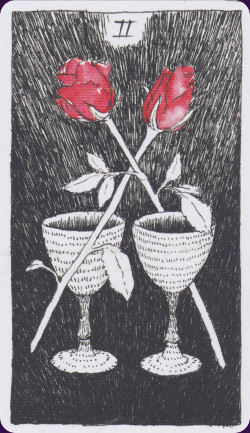 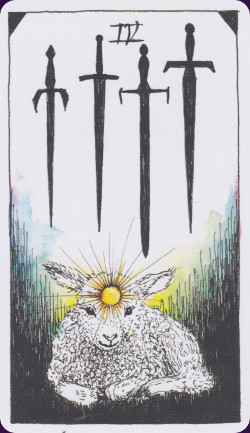 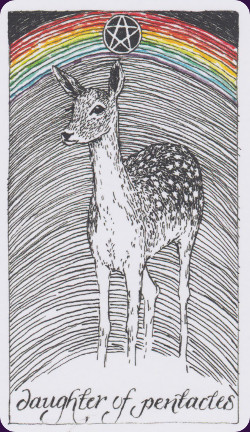 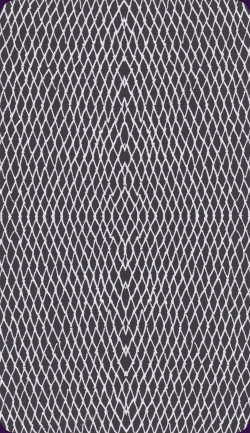 For those who live in the city divorced from their natural surroundings there is often a longing for the enigmatic connection to the unknown which nature possesses. For those who live in rural areas, natural beauty and natural ferocity walk hand-in-hand, and often signpost the future. Nature is a medium for prophecy harking back to ancient times. A cursory glance at any list of divination methods will show that both animals and natural phenomena have been used for thousands of years as a method for predicting the future. Roosters, spiders, frogs, dogs, trees, flowers, lightning and thunder, insects, rods and sticks among many others have been 'read’ as a method of predicting events and fortunes. The Wild Unknown Tarot links itself to this ancient tradition and connection with our natural surrounds; and its eldritch and beautiful illustrations perfectly capture mysterious and potent powers of nature.

The card stock is light and flexible yet also sturdy. The cards have a smooth, satiny finish and no gloss on them at all, but rather a strange laminated texture. The deck has a nice weight to it, they sit comfortably in one's hands, they are very easy to shuffle, and handle superbly.

The cards come packaged in a solid cardboard box with a lift-off lid. The box is black and painted with watercolour designs from the deck. There is a message of welcome for the Seeker inside the lid. The cards sit on a textured black ribbon which helps the user to lift them out of the box with ease. This packaging is solid and can withstand the rigours of travel. The box is small enough to put into a shoulder bag or backpack without being too bulky.

The artwork is idiosyncratic, and on some cards perhaps a little eerie. The illustrations are largely black and white pen and ink drawings, which are highlighted with watercolours and/or inks. The images are of powerful animal totems such as owls and other birds, horses, cats both large and small, as well as details of nature like twigs and flowers, as well as the sun and moon. The artwork is beautiful and touching and in some places quite foreboding. The background features parallel lines, swirls, and geometric patterns which create a hypnotic effect. The flashes of colour which have been added to some images are vibrant and striking.

Each card has a narrow white border around the central image, and the title is handwritten at the base of the illustration. The image on the back of the cards – white crosshatching on a black background, giving a scaly effect – is reversible. The cards, in their box, are included in a larger box set. The card box sits in a well, atop a long textured ribbon, which is folded to help the user lift out first the guidebook, then the box of cards. The box itself is also made of solid, sturdy cardboard. It has a fold back lid, which is held closed with magnetic clasps. The box is finished in black, with titles and details in stark white.

The 207 page guidebook is written by the cards creator and illustrator Kim Krans. The book itself has lovely production values, with a solid cover and stitched spine. The text inside is handwritten – in an easy, legible script. The contents includes an introduction by the artist/author who describes her motivation and process for creating the deck. There is a short outline of the purpose of both the Major and Minor Arcana.

The Chapter Titled Reading The Cards Has sub-chapters about Getting Readings, What To Ask, Shuffling, Cutting, Spreads, Reverse Cards, and some sage advice about respecting and caring for your cards. Each card has its own double page, one side featuring a full-size reproduction of the card’s illustration, and on the opposite page are keywords, a short description of the card, and a divinatory meaning. The author does not give reversed meanings. Each card is given equal weight in this deck, and the Major Arcana are not given any greater explanation than any Minor Arcana card. While the interpretations themselves are fairly conventional there are many surprising insights and observations scattered throughout the text which makes this guidebook well worth reading.

Everything about this box set speaks of attention to detail and an appreciation of high-quality production values. From the little hidden messages such as the cosmic lemniscate beneath the box of cards to the subtle little arrow indicating the opening on the box set lid, as well as the messages intended for the reader/Seeker – everything has been thought out with great care and with an eye to permanence. The satiny non-reflective surface on the cards, guidebook, card box, and box set have a touch of luxury about them. Even the box set itself is protected by a cardboard dust jacket, which features information about the deck and many images of the cards.

This is a really beautiful box set which any tarot card reader would be happy to have and use. While I wouldn't recommend it for novice readers, anyone with a little experience could use this deck easily. If you love tarot decks featuring animals and the natural world then this is a deck for you. If you like black-and-white decks then the Wild Unknown Tarot is highly recommended. If you are looking for a tarot deck which is idiosyncratic and individualistic, yet also traditional then look no further than the Wild Unknown. Beautiful and highly recommended.