The Fountain Tarot is a 79-card re-envisioning of tarot through the worlds of geometry, internet culture, art and spirituality. The creators aimed to capture the joys and sorrows of life and celebrate 'oneness' through Jonathan Saiz's original oil paintings.


Card Images from the The Fountain Tarot 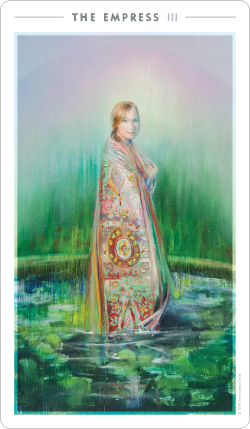 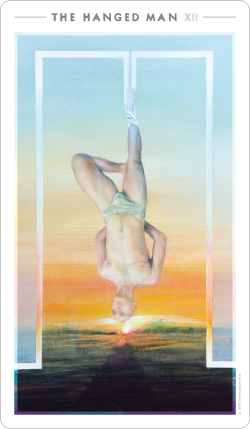 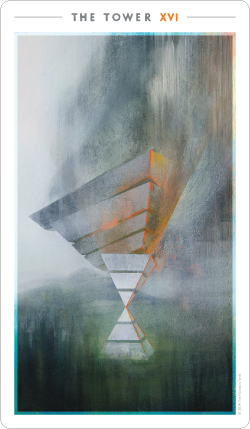 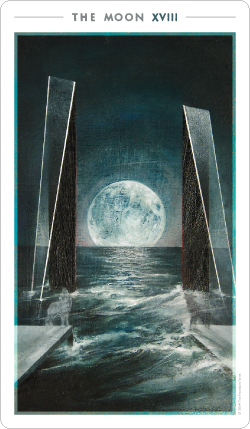 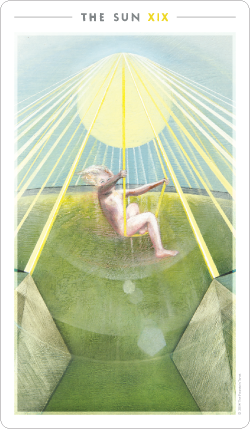 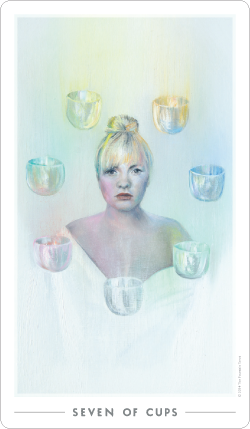 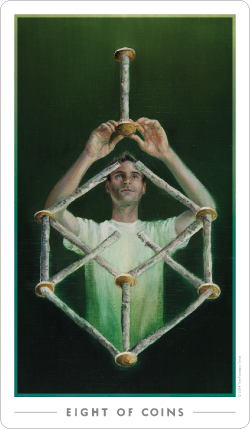 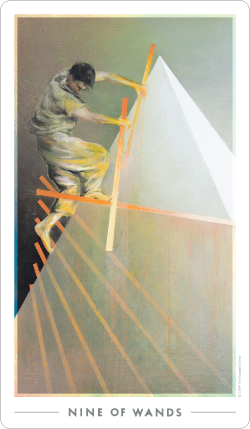 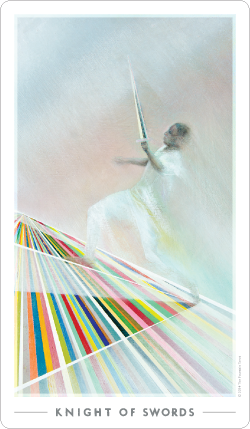 There have been many attempts to distill the Tarot images to their essential cores, but often these end up being no more than an oversimplification - The Fool as a man walking, Temperance as a woman pouring liquid between two cups, and so on. The Fountain Tarot follows this trend, but manages to carry it out successfully. The creators studied many different decks from different periods before the artist, Jonathan Saiz, made the full-size oil paintings which later became the cards in this deck. The images have a depth that belies their apparent simplicity through a color palette that manages to be both intense and diaphanous at the same time. The deck's atmosphere evokes the sense of mystery that Pamela Colman Smith achieved in the original Rider-Waite deck while avoiding New-Age kitsch.

Originally a Kickstarter project, the deck is of top quality, with the unusual touch of silvered edges, an unexpected change from the more common gold edging, and is packed in a hard cardboard box with a magnetic closure, designed by Andi Todaro. Ms. Todaro also created the deck's very attractive back; as the deck's website mentions, the backs of many decks often seem like an afterthought. The back of the Fountain Tarot is as well thought-out as the card images themselves. The suits and court cards are standard; the only significant difference is the presence of the "Fountain" card, symbolized by the lemniscate, which signifies "waking from the dream of separateness and identity," "oneness," and "the end of seeking." There's been a trend in recent Tarot decks of including a 79th card, often a humorous one; "the Fountain," however, is serious in keeping with the tone of the rest of the deck, and would be a valid part of a reading if it turned up.

The deck includes a book of interpretations by Jason Gruhl, however, it had to be small enough to fit into the box, so it's more a starting point than a detailed explanation. (There's more information at the creators' website.) Anyone familiar with the standard Rider-Waite meanings shouldn't have trouble with this deck. Although anyone looking for a profusely-detailed deck like the Medieval Scapini would be advised to look elsewhere, the Fountain Tarot is an attractive and engaging deck with great potential.


Complete Details of The Fountain Tarot


Similar Decks to The Fountain Tarot