The Lenormand Revolution is a Lenormand divination deck, with historically rich art alluding to the 18th century American and French revolutions. The deck has the standard 36 cards, plus alternates to expand the range for readings.


Card Images from the The Lenormand Revolution 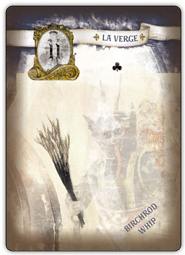 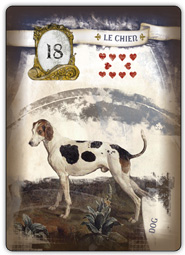 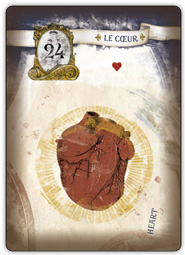 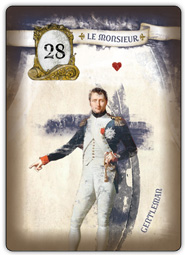 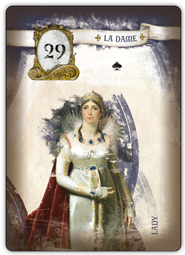 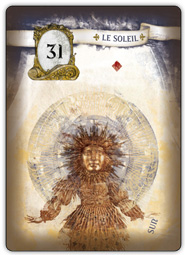 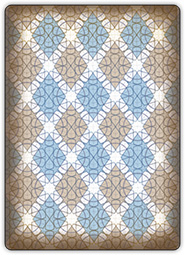 The “Lenormand Revolution” is a 43 card Lenormand deck and companion book, designed by Roz Foster, in conjunction with Carrie Paris. The lovely tuck box, designed by Roz Foster, features the card Revolution on the cover. There are extra cards in this deck that facilitate expanded readings – an extra Dame/Lady and an extra Monsieur for same-gender readings; an extra female Enfant/Child card (so that both genders are represented); cards 28 and 29 have three versions each, allowing for same gender readings.

The six page companion book, written by Carrie Paris, lists each of the cards, their associated playing card suit, along with keywords. For those who wish to work with more in-depth definitions, tutorials, and spreads, there is an iOS app available from the site - http://lenormandrevolution.com/.

The deck itself follows traditional Lenormand lines (with the exception of the additional cards). The revolutionary nature of this deck refers literally to revolutions – the 18th century American and French Revolutions. The deck has the classis feel of the Game of Hope, after which le petit jeu de Lenormand is said to have been fashioned.

The cards themselves are 2 ˝” by 3 ˝”, of quality cardstock that will hold up over time. The backs show a light blue and light brown diamond pattern, divided by white lines. The card faces show a scroll across the top, with the card name in French. The card number is in the upper left hand corner. Written diagonally across the lower right hand corner is the card name in English. The card images are done in collage.

This is a very well done deck, and represents its intended time period well. To learn more about the cards, check the site and the blog … there is a lot of wonderful background there! Also on the site are two spreads: Valentine’s Day Spread: The Love Letter, and the Lenormand Revolution’s Scything Down 2012 Spread. And more … two videos (one for each spread)!

0 - La Revolution/Revolution: This can be seen as a wild card, one that speaks of a major, revolutionary change and can replace the Stork

7 – Le Serpent/Snake, Queen of Clubs: A woman, female rival, or simply a very bright and intellectual older lady. Curved shapes, pipes, and tubes. A roundabout way or change in direction. A literal snake.

9 Le Bouquet/Bouquet, Queen of Spades: An invitation, a welcoming gift/visit/surprise. A pleasant and kind woman. Could literally be flowers.

21 Le Mont/Mountain, 8 of Clubs: Barriers, obstacles, delays. An uphill or circuitous climb. Getting over and above things. Literally, the mountains.

13 L’Enfant/Child, Jack of Spades: New beginnings, young or new things. Something small, as in a small amount, a small favor, small in size, etc. A literal child, grandchild. Rarely, but sometimes, someone with childlike tendencies.

29 La Dame/Lady, Ace of Spades: A female consultant/querent, or an important woman in your life.

This is a lovely deck, with the images seemingly floating in air, super-imposed over a misty background. The colors are muted, and work well together in small or large spreads. There is a sense of being in the past here when you choose to spend time with this deck.


Complete Details of The Lenormand Revolution


Similar Decks to The Lenormand Revolution