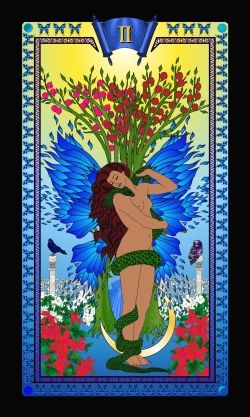 The Lilith Bible Tarot illuminates the polytheistic pagan roots of Judeo-Christian religious scripture and ideas, and takes a fresh look at the Bible through Lilith's eyes and the medium of tarot. The stories of women in the Bible are a key focus of the 78 cards.


Card Images from the The Lilith Bible Tarot 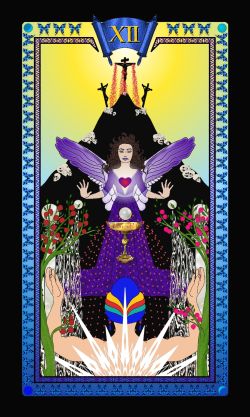 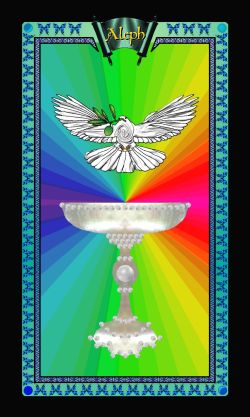 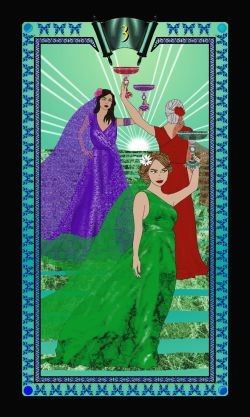 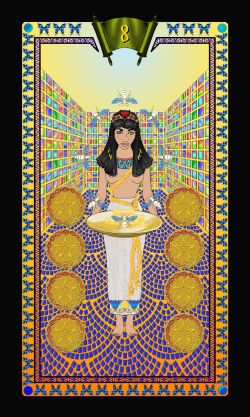 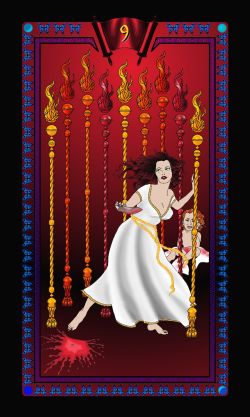 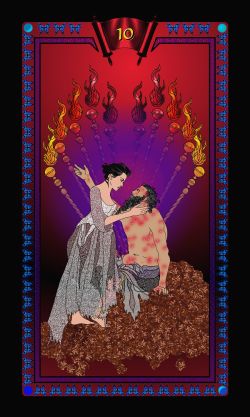 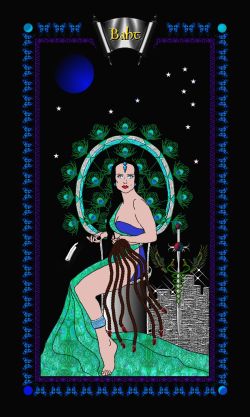 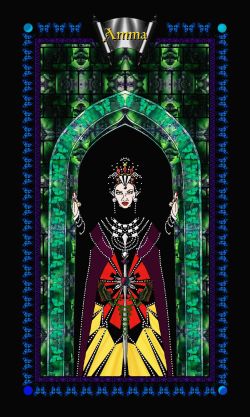 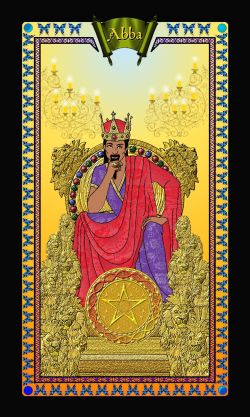 If you are a Bible fundamentalist do not continue. Run, do not walk, to the nearest exit. Do not collect $200.00. This deck and book is not for you.

On the other hand if you prefer a more mystical, metaphysical interpretation/view of the Bible you are most assuredly in the right place and in for a remarkable treat.

And remarkable is the word which came to mind again and again as I examined and studied this deck and its companion book.

The deck itself is brimming over with color and symbolism. It is not, however, in my opinion, over powering. It seems to gently brush the subconscious level in such a way as to arouse to conscious realization what is already known though perhaps not so clearly understood.

For the open minded Bible student it will be a view of Bible events and stories from behind the scenes…a look behind the curtain or veil. For those who have never been interested in reading the Bible or those who found it boring, tedious and altogether overwhelming I would advise studying and working with this deck together with its indispensable companion book. This will prepare you for a whole new look at the Bible Scriptures and what is really represented there... behind the scenes.

My review of this beautiful deck and companion book is to make it clear it is in no way an attack on the Bible, Christianity or traditional belief systems. It will allow the true and open minded student to take off the blinders so as to see more clearly through the haze of doctrine and dogma.

The Lilith Bible Tarot commands the attention as soon as the cards slide out of the box. The deck is alive with color and symbols and doesn't hold back on what it has to say. You don’t have to listen closely. This deck isn't shy about telling its story. And what a story it has to tell!

There is a LWB available for the deck which can be downloaded from the author/creator’s website. This is useful as a quick reference guide. For a closer, deeper, fuller understanding of the deck I highly recommend the companion book of the same name. In my opinion it is indispensable for working with and understanding this exiting deck and its message.