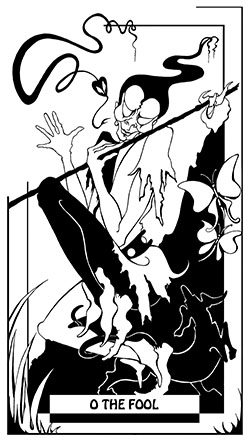 The Singing Serpent Tarot is based firmly in tradition, with a 'unique twist, coil and slither'. The 78 black and white, hand-drawn cards each have a serpent present on the card, and are deliberately simply styled. Self-published by the artist and due for release at Samhain 2014. 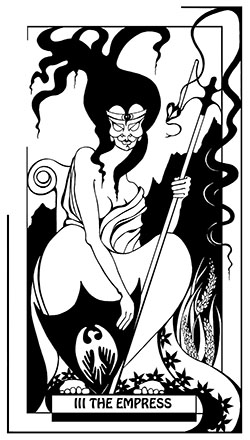 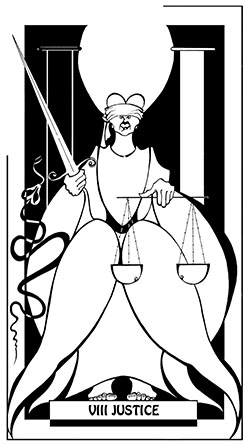 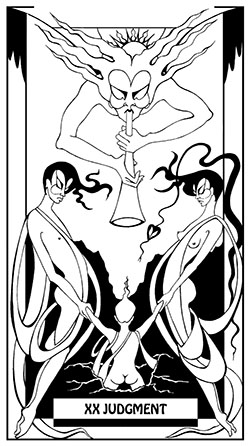 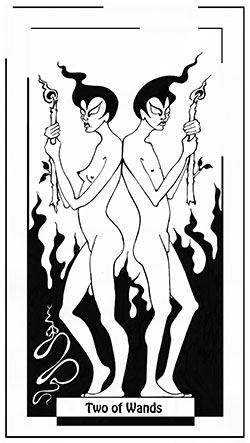 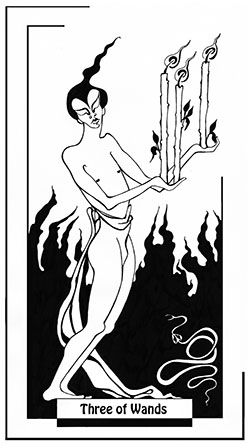 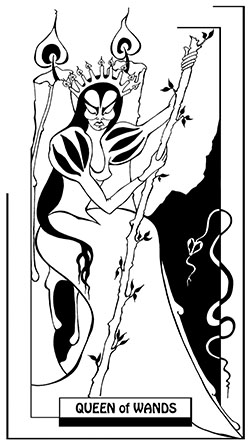 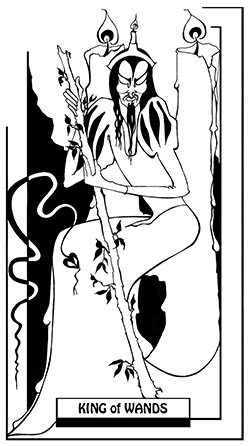 As an artist and as a mystic, I find this to be a perfect Tarot deck. Eleanor Boyce presents us with a deck of powerful and transformative images that are sensual, edgy, lyrical and otherworldly. She takes us to the liminal realm in which the unconscious flows into awareness. Her beautiful imagery lingers in the mind long after the readings end. The introductory text is as powerful as her drawings:

“This deck is not themed beyond all recognition, but rather based firmly in the visual tradition of Tarot, albeit with a unique twist, coil and slither.”

‘The Singing Serpent’ calls to us from a place unknown – mysterious and magical. Like some element of dream or an optical illusion, her images make us aware of what we see and wonder about what we do not. Each image calls to us with the hint of a story suggested but untold. As in any ancient ritual, the power of the masked figures is tangible in these wonderful interpretations of archetypal powers that, to quote Jean Houston, “never were and always are.”

The black and white design of this deck is distinctive, the stylized serpent is featured on the back of each card as well as in each illustration of asymmetrical figures. It serves as a reminder of the serpent as a constant companion and guide on the spiritual journey and sets the sensual tone of the drawings, which are refined, delicate and elegant— a perfect counterbalance for the strength of bold splashes of black shapes on a white background.

If our lives are aimed at finding a balance between the polarities, ‘The Singing Serpent’ invites us to enter the mystery and entices us to seek the balance between light and dark, conscious and unconscious. This deck is a must have for novice and collectors alike.