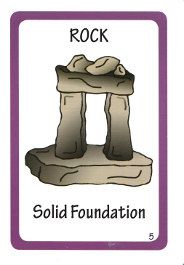 Elemental Tarot for Kids is a 71-card deck, from which the more negative traditional cards have been removed and the artwork simplified. It's designed as an introduction to divination for children aged nine and up.


Card Images from the Elemental Tarot for Kids 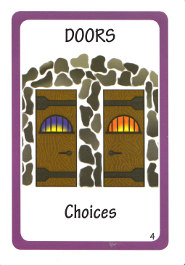 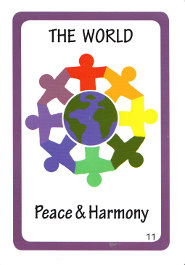 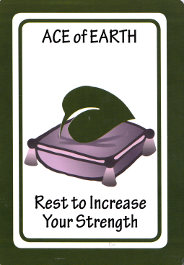 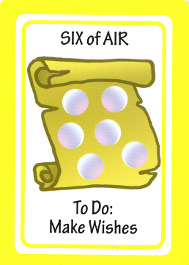 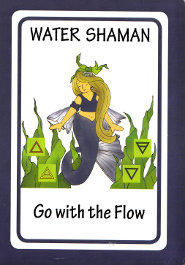 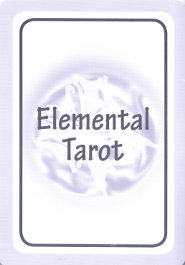 “Elemental Tarot For Kids” is a 71 card Tarot deck aimed at children nine years and older. And yes, I did say 71 cards – not the traditional 78. What got left out, and why? Anything that was considered to be negative was left out. Period. There are thirteen Major Arcana cards, two of which, God and Goddess, are not in a traditional Tarot deck. The remaining eleven cards are Karma, Dharma, Butterfly, Doors, Rock, World Tree, The Wheel, The Stars, the Sun, the Moon, and the World.

The four suits are Earth, Water, Air, and Fire. The Court cards are Paige (yes, that IS the right spelling), Sage, Mage, and Shaman.

The premise behind this deck is that through the cards of the Tarot we tell a story, and that story, through messages that are hidden in plain sight, gives us advice and guidance for our questions and concerns.

This deck is presented as a “program”, based on the theory that everyone and everything speaks to us in its own way. The author makes it a point to say that there are no negative responses in this deck, no reverse meanings, and no “death” cards. Beginning readers are encouraged to use the materials as they gain enough experience to move into the realm of an experienced reader.

The 96 page companion book is written in the style of a lesson plan. Storm begins with a note to parents, guardians, and/or mentors that teaching the Tarot to children at a young age, is good in that the language of the Tarot (as with any language) will be more easily learned by the young. She designed this deck with her then nine year old son in mind. The reasoning for not including negative or reversed cards in this system was that this was to be seen as a “starter” deck, meant to develop intuitive skills.

The book is built on progressive levels: Paige (Apprentice), Sage (philosopher), Mage (experienced), and Shaman (Master). This deck is meant to be more a game of memory than a traditional study of the Tarot.

In the introductory page, Storm encourages people to bless their cards before using them. (Note: Storm’s background is that of a first generation Eclectic Hearth Witch.) She gives the following blessing:

Blessed be my Tarot cards of mystique,
with the provision of guidance that I seek.
So Mote It Be! (or, So Will It Be!)

The first section starts with the instruction to take cards with black or orange borders out of the deck, think of a question, shuffle the cards (while focusing on your question), stop shuffling, turn over the top card, and that is the answer to your question. Thus begins the student’s journey as a Paige.

Part One – Building A Foundation, addresses what divination is, and how it works. There is an insert at the bottom of this section that provides a Code of Ethics for the reader. It reads:

NEVER accept money or gifts
for doing a Tarot reading
or any other form of Divination.


NEVER use your cards
for other people unless
it’s for entertainment purposes only.


NEVER-EVER say that something
Negative or bad COULD or WILL happen.

While this may sound all well and good, to me it is totally negative in nature, takes away from the nature of a reading, and limits its scope.

Storm then goes over the order of setting up a Tarot reading: set up your area, think of a question, shuffle your cards, lay out your cards, read your cards, apply your intuition, and record your reading.

There is also a section on questions and answers (such as “Do Tarot cards predict the future?”), and terms and definitions, where Storm defines things such as act, minor arcana, and surreal). She then presents the basics for the Major and Minor Arcana, with charts for the Major Arcana (card/title/focus/interpretation), and the Minor Arcana (card number/title, symbol, and interpretation for each of the suits).

Under information on storing your cards is a link to instructions for making your own Tarot bag, which I thought was a nice inclusion. The section ends with two exercises, a quick quiz, and review notes. The student is informed that they are now a Sage.

In Part Two- Sage, the Major Arcana is presented with a definition of what Essence is, followed by the cards themselves. Each card is presented with a full color thumbnail image, the card title, focus, number, and essence. The write-up includes what the title means, what the essence of the card is, what it teaches you, and questions to ask yourself. At the end of this section are two exercises, a quick quiz, review notes, and a word puzzler.

The Minor Arcana are presented with a definition for the element (Earth/Grounding, Water/Emotions, Air/Thought, and Fire/Desire), the title, focus, level, and interpretation. There is a short discussion of the energy of the card, what it teaches, what the element represents, and questions to ask yourself. At the end of the section on each suit are two exercises, a quick quiz, and review notes. For there is also a crossword, for water there is also a scrambler, for Air there is also a decoder, and for Fire there is also a translator. The student is now informed they are a Mage.

In Part Three – Mage, the student begins working with Tarot Spreads. The spreads presented are a one card spread, a three card Across Time spread, and a five card Elemental Tarot spread. There is a template for each of the spreads for doing practice readings. The student is now informed that they are a Shaman.

In Part Four – Shaman, the student takes a final test, and is awarded a certificate of completion. How cool is that!

At the end of the book there is an appendix that gives the answers to the quizzes for Part One, the Major Arcana, and the Minor Arcana (the four suits).

The cards and companion book come in a lift top box with a magnetic lid. The cover shows a child’s hands over cards that are spread over a table, side by side with an angelic figure standing in front of a quarter moon. (The same images, only with the figure standing over the child’s hands, are on the cover of the companion book.) The cards are large – 3 ˝” by 5”, and of sturdy, glossy card stock. The card backs are a beautiful light lavender, with the deck name in the center of the card.

The card images are simplistic, with strong primary colors. The Minor Arcana Pips (numbered cards) show the suit symbols over the background of an icon – very Tarot de Marseille in nature. The Court cards show the same image on all four cards: Earth/Bearded Figure, Water/Mermaid, Air/Angel, Fire/Winged Dragon. The Court cards also show both elemental symbols – that of the suite, and that of the card itself.

The cards that impressed me the most were Doors (indicating choices, and showing two doors), Rock (showing a Stonehenge type rock formation), the World (showing figures holding hands in a circle), Ace of Earth (showing a leaf on a pillow), Water Shaman (showing a Mermaid), Six of Air (showing six icons on a rolled tablet), and the Seven of Fire (showing seven fire icons being held in a hand).

The thought behind this deck was very comprehensive, and the artwork is well done, but non-traditional. Taking out the “negative” cards (including Death), and choosing to not work with reversals to me limits the readings being done. If the cards were presented as something other than Tarot, this would be a great deck. However, it represents the Tarot in a very limited manner. I see no reason why children should not learn the Tarot as it really is, toned down to their level of acceptance and understanding. If I were looking for a Tarot deck for my child, this would not be the deck that I would choose. If I simply wanted them to see what divination was all about, I might get them this deck. There are other Tarot decks out there aimed at children that do a much better job.

REMEMBER: you can
change what COULD
happen, because it
hasn’t happened yet!

From the Ethics & Responsibility card.