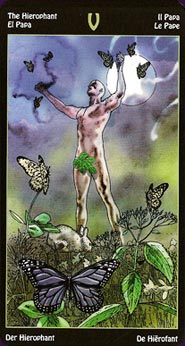 The 79-card Elemental Tarot is designed for manifesting change. The deck is "immersed in the elemental energies", and has a suit devoted visually to each element of fire, air, earth and water. There is also an extra card, the Significator.


Card Images from the Elemental Tarot 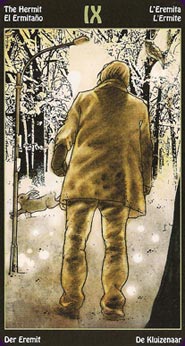 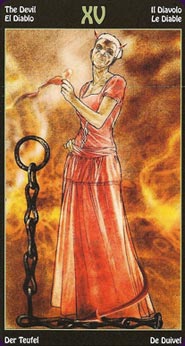 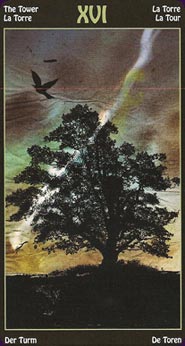 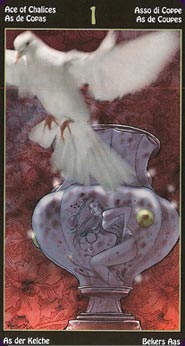 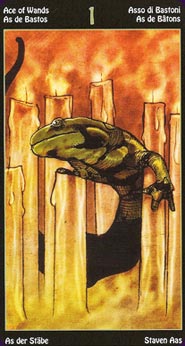 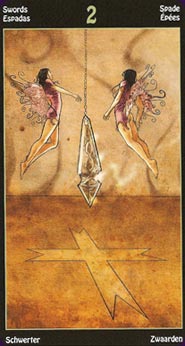 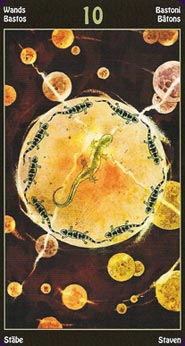 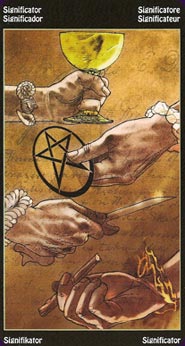 ‘The energies of the world are channelled through the four elements and interwoven in the dance of life. Water, Air, Fire and Earth reveal the possibilities of the future and the opportunities of the presents’. This text on the side of the box promises a lot, but sadly, the images fail to deliver. Lo Scarabeo have dropped the ball with this one.

I keep promising myself not to be tempted to buy decks that are not ‘up to scratch’, but occasionally, the excitement of the moment overcomes me and I cave in. I was lucky enough to see a sample of this deck in the store in which I found it, so there was no excuse to fall for it. However, I thought it might grow on me – and I wanted to know if, given time at home, it would reveal some magic. Oh well, I live and learn.

The idea is great. According to the Austrian occultist Paracelsus (born Phillippus Aureolus Theophrastus Bombastus von Hohenheim in 1493), there are four elementals - gnomes representing the element of earth (pentacles), sylphs representing Air (swords), undines representing Water (cups) and salamanders representing Fire (wands). Lo Scarabeo have used these elementals on the corresponding suits of the minor arcana, to illustrate the meanings of the cards on which they appear.

Unfortunately, Lo Scarabeo have indulged in one of their oft-repeated vices – illustrating the minors with images that do not express the traditional meanings of the cards. It’s true to say that each of the minors is illustrated with the corresponding elementals of its suit (six gnomes on the six of Pentacles, nine sylphs on the nine of swords etc) – but that’s as far as it goes.

I’m not saying that the only thing that appears on the minors are the appropriate number of corresponding elementals. There are numerous humans on the cards too, in various poses (excepting the seven of pentacles, which shows various marine animals). However, there are no clues in these images that in any way express the traditional meanings of the cards. The LWB has its own interpretations for these cards, but these also fail to correspond with the images.

There was one missed opportunity which could have (slightly) redeemed this deck. On the second major arcana (the High Priestess) is illustrated the Maiden, Mother and Crone aspects of the Goddess. If only this image had appeared on the following card, the Empress (traditionally representing the Goddess). The appearance of the Sacred Feminine Trinity on the third card of the tarot would have broken new ground, and as I say, may have redeemed the deck a little.