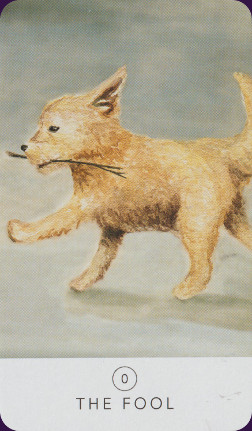 White Sage Tarot combines animals in the major arcana and chakra energies in the minor arcana, all painted in a soft, minimalist artistic style. It's a calm and uncluttered deck of positive and gentle energy, suitable for all ages. 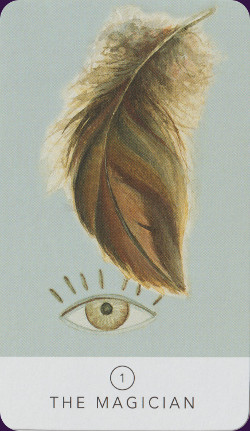 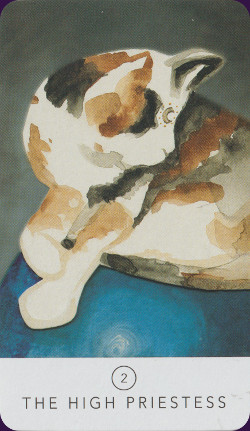 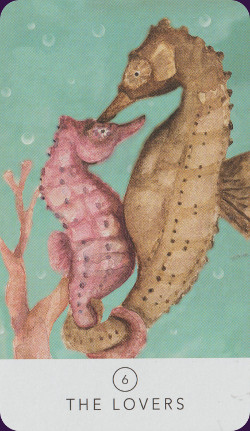 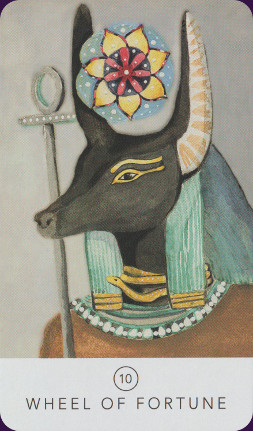 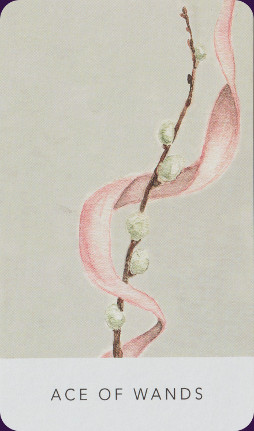 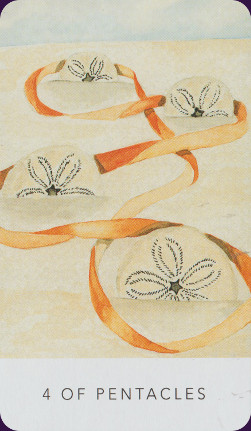 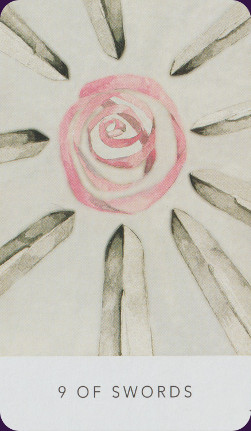 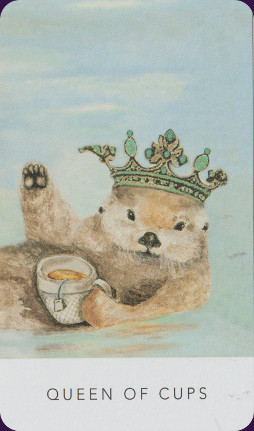 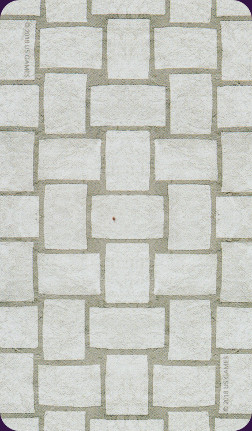 The White Sage Tarot is a nature-based tarot-in-a-tin. The concept behind it is to provide a more feminine energy in contrast hyper-masculine energy that pervades Western culture. The title White Sage refers to the sacred plant which is often used in Native American smudging ceremonies, and draws on its abilities to purify people and make spaces sacred.

This is a 78 card tarot, which also includes two extra information cards about chakras. The Major Arcana consists of 22 fully illustrated cards. The cards use traditional titles and A E Waite’s ordering sequence. The Minor Arcana consists of 56 cards are broken into four suits of 14 cards each. The suits are Wands, Cups, Swords, and Pentacles. Each suit has 10 number cards and 4 Court cards – Page, Knight, Queen, and King. The Minor Arcana is much closer to pip cards in their execution, with the symbols of each deck arranged in patterns, and differentiated by ribbons in chakra colours.

The cards measure 56 x 96 mm – which is quite small for a tarot deck, and much more in line with a Lenormand deck in terms of size. They are very easy to hold and shuffle due to their compactness.

The card stock is very light and flexible, without being notably flimsy, however if you are a heavy-handed when you shuffle you might want to exercise a little caution because it would be very easy to crease these cards.

The cards have a low gloss finish which is smooth and satiny and facilitates easy shuffling and handling. It also ensures that the cards do not clump together when they are handled. The print quality is excellent – there are no misprints, no colour bleeds, no blurring. The delicacy of the artwork is well reproduced.

Artist Teresa Hutch has a deft hand with watercolours and produced a spare and sensitive set of illustrations for the White Sage Tarot. Her palette is largely delicate pastels – dove greys, pale blue, watery aqua, powdery pinks and mauves, washed out blues, and grassy greens.

Her style eschews overwhelming detail in favour of planting the most important symbols front and centre. Some of her animal subjects, especially those depicting the Emperor and Empress, as well as the Court cards all wear crowns or helms. Wands are shown as sticks of Pussy Willow, while Cups are shown as a variety of tea and coffee cups, Swords are depicted as your fairly standard swordy-daggery slicing weapon, and Pentacles are illustrated as sand dollars. The only real encroachment of technology into this deck is Judgement - which is shown as an old-fashioned electric light globe.

With its sparse, largely empty background and contrasting it strong foreground image the overall effect create quite a meditative and peaceful tarot, which does not overwhelm the viewer.

The images are not framed, and reached to the edge of the cards. A white strip at the base of each image contains the card number and title in a simple font.

The design on the back is woven or interlocking squares which reinforces the simple, peaceful vibe of the deck. The design is fully symmetrical with even the tiny US Games imprint repeated at both ends of the design.

The cards and guidebook come in a small painted tin with a lift-off lid. The tin is illustrated with images from the White Sage Tarot deck, as well as publisher’s information. Though the tin is well finished and the paint is sealed, rubbing against it with anything sharp or metal will scrape the paint straight off. Theoretically this nifty little tin could easily be dropped into a handbag without taking up much room or adding significant weight, however as noted before any sharp object will do damage to the tin’s finish. My suggestion is that this beautiful little box set should be at least placed in a tarot bag to keep it from being scratched.

The 64 page Little White Book is written by the White Sage Tarot’s artist/creator Theresa Hutch – in English only. The Introduction briefly describes the concept behind this tarot, and gives the Seeker a small smudging ritual for those who wish to purify or make sacred their tarot deck. There are a few paragraphs which give a brief outline on how to read the cards, and understanding the new perspectives tarot can give the Seeker.

There is also a brief description of how chakras tie in with this deck and how their energies correlate with the energies and divinatory meanings of each card. No actual layouts are included in the LWB. The remainder of the guidebook is given over to the divinatory meanings of each card - the Major Arcana cards are given a little more space (but not much) than Minor Arcana cards.

All cards are given interpretations for both upright and reversed cards, and keywords are provided for both positions, as well as a brief description of the action taking place in the illustration, and interpretation. Sometimes directions or advice is included. Each card is also assigned a chakra, by number, traditional name, location, and colour. Information on the chakras is amplified on a quick reference card included with the deck – which gives name, purpose, energy, and mantra for each chakra. The second card provides directions for a Chakra Energy Rainbow Spread – a 7 card layout intended to give the Seeker information on blocked and supported energies both within the Seeker’s body and life.

These tarot interpretations are fairly traditional, and err the side of the positive. They do not, however, skate over negative issues or make light of them – rather they try to look for the best solution or ways of moving through the situations. If you are looking for a restful and uncluttered tarot deck the White Sage Tarot may be just the deck you are looking for.

If you like pip card decks then this elegant and sparse tarot is made for you. If you are looking for a tarot with nature-based illustrations then this deck is definitely worth checking out. While it is probably not the best deck for beginners, it is definitely one that anyone with a little bit of tarot-reading experience could easily master. A delicate and lovely tarot.