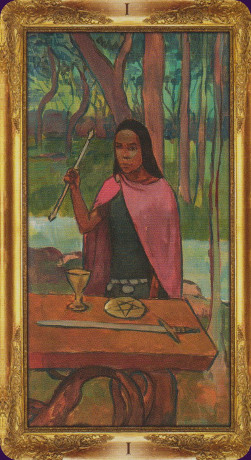 The Impressionist Tarot pays homage to the artists of 19th century France, with 78 cards in Parisian style and feeling. The suits of Wands is based on Manet's art, Cups are Monet, Swords are Van Gogh, Pentacles are Degas and the majors are a mix of the French artists.


Card Images from the Impressionist Tarot 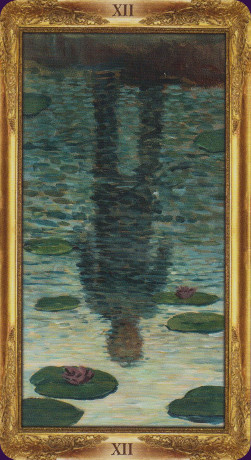 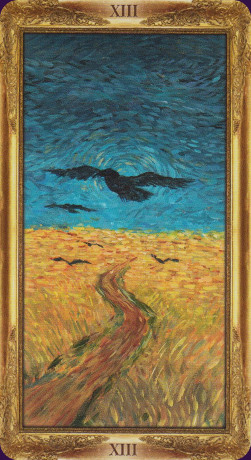 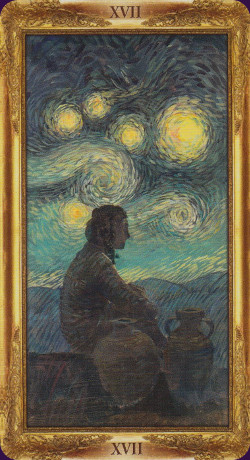 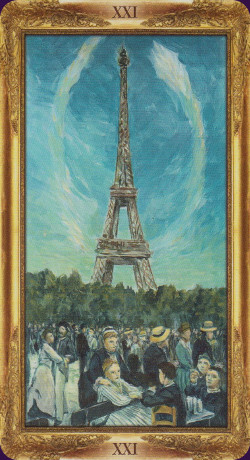 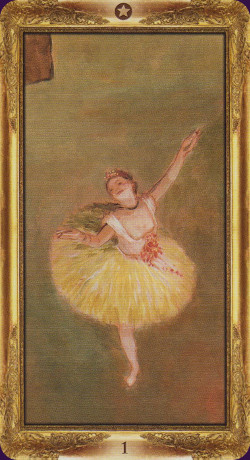 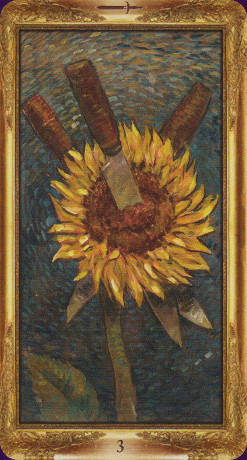 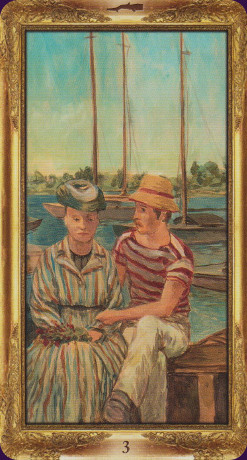 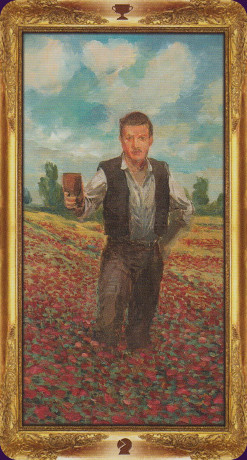 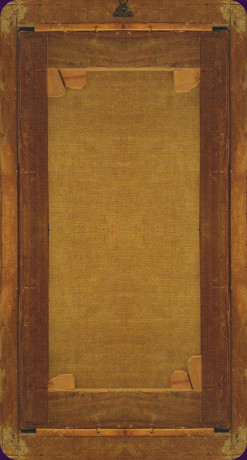 Known as "the painters of light" the Impressionists were a 19th century art movement that originated in Paris. Their revolutionary subject matter included realistic scenes of modern life, outdoor and rural scenes painted on site rather than in the studio. Utilising entirely new styles and colour techniques, and painting at speed, the Impressionists were able to capture the intense and fleeting effects of light in natural settings. These effects resulted in brilliant, translucent, and transcendent artworks that radicalised painting and expanded the horizons of what was possible in art. The Impressionist Tarot seeks to capture that revolutionary spirit through such artists as Manet, Monet, Renoir, Degas, van Gogh, and Gauguin. These are not cut and paste Impressionist masterpieces forced into the framework of tarot, but rather reinterpretations in the style of Impressionist masterworks.

The Impressionist Tarot is a 78 cards fully illustrated deck. The 22 card Major Arcana has only Roman numerals and no titles, though according to the Little White Book this is a standard Rider Waite Smith based Arcana with no renamed or re-conceptualised cards.

The Minor Arcana, Wands, Cups, Swords, and Pentacles also follows the traditional format, 10 number cards and 4 Court cards – King, Queen, Knight, and Page. The suits focus on the works of a specific artist whose style and content embody the spirit of that suit. It is Eduard Manet's "Spark of Genius" that puts the fire in Wands; "The Flowering Gardens" of Claude Monet are watery Cups; "The Cutting Edge" of Vincent van Gogh is the art of the suit of Swords; and "The Primal Physicality" of Edgar Degas illustrates the earthy soul of Pentacles.

The cards measure 66 x 120 mm which is fairly standard for a Lo Scarabeo deck. The card stock is excellent – fine, light and flexible. The cards are low gloss and smooth, they fit into the hands nicely and shuffle easily. The print quality, as is typical of Lo Scarabeo, is excellent – clear, clean and crisp, with no misprints, no bleeds, and no blurring.

For the most part the artist, Arturo Picca, has successfully produced impressions of the Impressionists; although the colours appear to be a little murkier than the originals. The luminosity and brilliant sparking touches are somewhat absent from these Impressionist imitations. The greens are khaki-ish, the blues are greyer than the vibrant deep blues, and the yellows are duller than the bright sunny yellows, so prevalent in the Impressionists palettes. The print on the back, and empty picture frame, is cleverly deceptive. Initially it appears to be a reversible design, but close inspection of the details reveals that it is in fact a one-way image. The pictures are contained within lavish golden frames, which offsets, sometimes highlights the colours, for better or worse.

The 63 page little white book comes with instructions in five languages – English, Italian, Spanish, French, and German. There is a paragraph of introduction to the concepts behind the Impressionist Tarot. There is some fine instruction on how to read the cards – "… pour yourself an espresso and pick a card.” There is an original 10-card spread – The Gallery of Dreams – two 5-card crosses, side-by-side that focus on dualities such as sunlight and shadow, clarity and mystery.

There are no descriptions of the images and no guide as to the artist or title of the artwork used, no reasoning given as to why this particular artwork has been chosen to embody the essence of this card. The divinatory meanings are quite progressive, and are followed by half a dozen or so key words. The meanings for the Major Arcana are a little longer than the Minor Arcana, but both are consistent with broadly accepted interpretations for Rider Waite Smith based tarots. The interpretations are given for upright cards only.

If you really love Impressionist art you may love these cards, on the other hand you might not. Some of the charm and fine touches of the original artworks are missing, as well as the aforementioned colour compromises. However this is a well thought out deck that an experienced user will find it easy to learn and work with. It is only the lack of fundamental tarot symbolism that prevents me from recommending the Impressionist Tarot for beginners. Otherwise this is an extremely attractive tarot deck, and if you love art, or want a deck with a dreamy atmosphere try this rather lovely deck.